The airline industry capitalized on the value of networks with the creation and extension of booking systems to travel agents decades before we started shopping on the Internet. Today, advances in wireless technology and computing power are enabling the industry to push the benefits of digital networks deeper into operations to make fleets more responsive and efficient.

Two deals signed with GE Aviation show the scale of advances in digital airline management. AirAsia, a low-cost carrier with more than 200 planes, and Copa Airlines, a Panama-based carrier averaging more than 350 daily flights, are implementing GE Aviation digital solutions that promise to improve the timeliness and reliability of their respective fleets. The deals were signed this week at Waypoint 2019, a GE Aviation digital aviation conference held in Dallas.

One of the most significant issues facing airlines and passengers each year is flight disruptions from weather and mechanical issues. The Federal Aviation Administration’s NEXTOR center tallied the annual cost of direct losses by airlines, plus loss of demand, costs to passengers and indirect losses, at almost $27 billion. Managing disruptions better while they’re happening could slash those costs. However, flight schedules are so complex and disruptions so quick to ripple through a day’s operations that it’s incredibly difficult for humans alone to make the best decisions to properly correct cascading problems. Using software to analyze real-time data coursing through the network can be a huge help.

These insights are the crux of AirAsia’s five-year contract with GE, which will use GE’s Network Operations software suite to provide a single view of disruption effects on AirAsia’s entire multihub flight network. Running GE Aviation’s software through the Microsoft Azure cloud platform, the system pulls data from multiple streams to provide operational oversight, calculate financial impact and look ahead to how passengers may miss connections. “This helps airlines recover from disruptions faster and more efficiently than ever and enables them to recoup substantial costs in the process,” says John Mansfield, chief digital officer for GE Aviation. Other airlines, whose names aren’t disclosed, also reached agreements with GE Aviation on Network Operations at Waypoint this week. 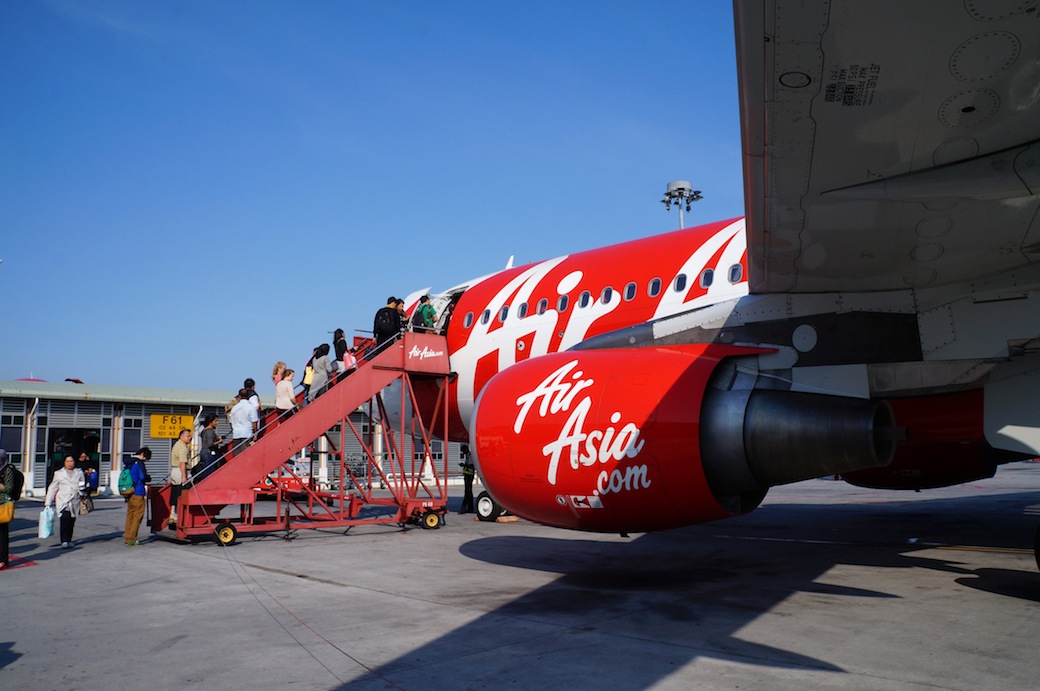 For longer-term tweaking of operations, AirAsia will also gain insights into causes of disruption by using GE data science to analyze its flight schedules. AirAsia already uses GE’s flight quality assurance software and the FlightPulse pilot app. The expansion of the relationship with GE Aviation is part of the airline’s goal of digitizing every aspect of its business, according to Capt. Adrian Jenkins, the chief operations officer of AirAsia Group.

Managing immediate disruptions in operations isn’t the only way airlines can improve reliability and timeliness. Digital maintenance records, just like digital medical records in the healthcare industry, are an important tool to optimize operations over time and reduce costs, according to the International Air Transport Association (IATA). Airlines spent $76 billion on maintenance, repair and overhaul (MRO) work in 2017 — 11 percent of their total operational costs, the IATA says.

Copa Airlines announced at Waypoint that it will be using GE Aviation’s AirVault digital records management system for its fleet of almost 100 Boeing 737 and Embraer 190 aircraft. The integration, done in Copa’s cross-fleet maintenance management system, will allow MRO departments and lessors to receive relevant data across the system.

AirVault digitizes and indexes all airline record types in a cloud-based system. Across all GE Aviation clients, AirVault is already managing more than 7 billion aircraft maintenance records, with about a million new updates a day across the globe. For Copa, improving maintenance record management should allow it to extend its high, 91 percent on-time performance mark.

For airlines, optimizing operational networks can be as important as perfecting ticketing was all those years ago.