Few places illustrate the rapid evolution of 3D printing better than Avio Aero’s gleaming box of a factory in Cameri, a small town near Milan in northern Italy. The plant is filled with 20 sleek, black 3D printers, each the size of an armoire. Inside, powerful electron beams dance on thin layers of titanium and aluminum powder, fusing them into foot-long blades for the GE9X, the world’s largest jet engine. These blades, which spin 2,500 times per minute inside the hottest compartments of the engine and weigh 50 percent less than steel, helped engineers make the GE9X 10 percent more fuel-efficient than its predecessor, the GE90. This is a huge deal, given that on average, fuel accounts for 19 percent of an airline’s operating costs.

The bustling Cameri plant, one of Avio Aero’s most prized assets, owes its success to a unique research and business development partnership that includes universities, small, nimble and innovative companies, and the government. This collective has enabled the company, which GE Aviation acquired in 2013, to quickly scale its 3D printing. “We realized that in order to stay on the cutting edge of manufacturing research, we needed to build a broad collaborative network,” says Franco Tortarolo, who runs research programs at Avio Aero. “What you see in Cameri is a product of this project.”

The partnership, which started in 2000 with the University of Pisa, now includes some 20 universities in Europe, government partners such as Italy’s Ministry of Scientific Research and Education, and dozens of small- and medium-size enterprises (SMEs). The universities contribute a steady supply of talent and ideas, which the network companies can grab and develop into innovative products at a lower cost. Avio Aero supplies the group with market and industrial guidance to get the most promising ideas quickly off the ground. The company splits the costs with the SMEs and the ministry. “We created a technological community, and we drive it in the direction we need it to go,” Tortarolo says. 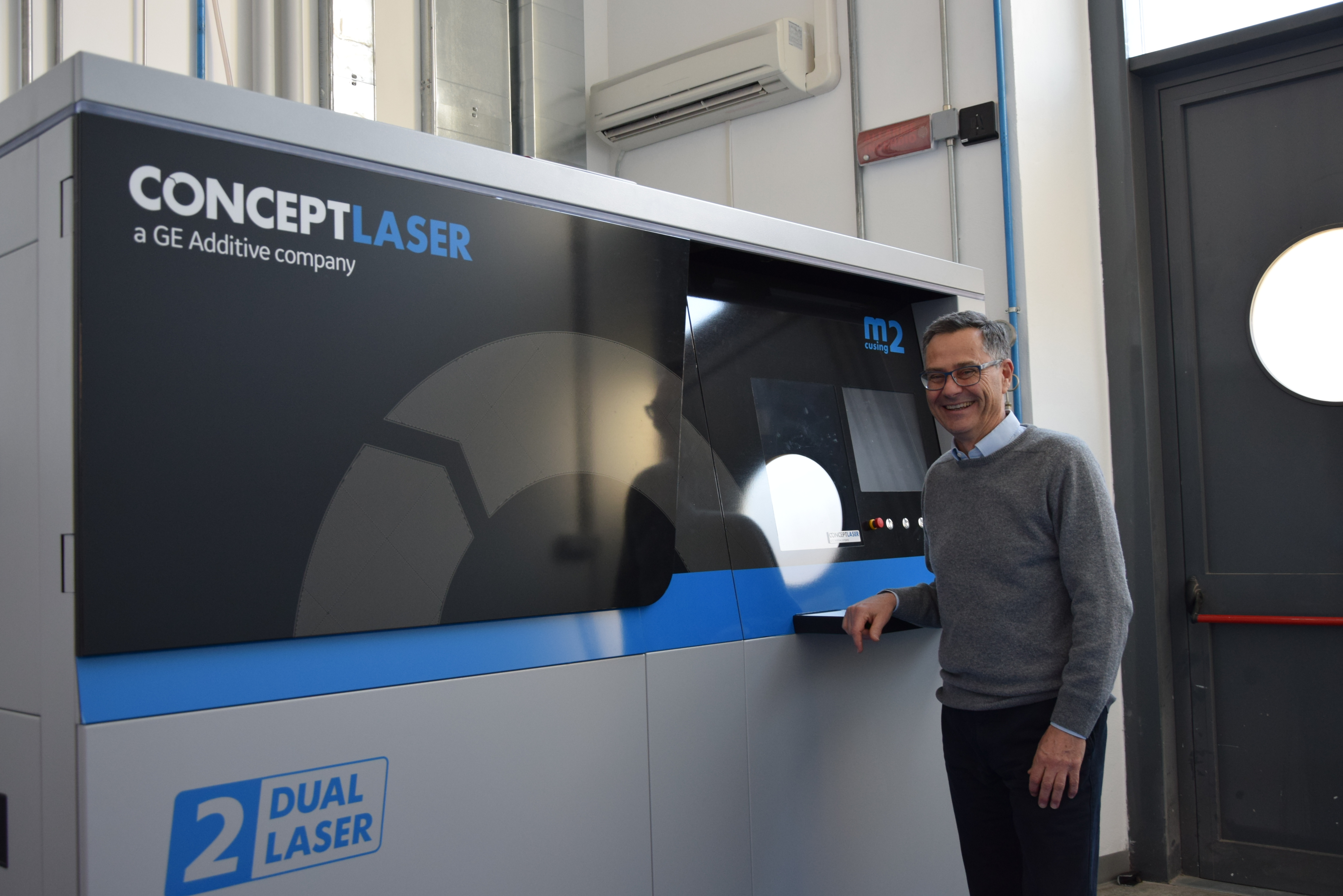 Above: “We realized that in order to stay on the cutting edge of manufacturing research, we needed to build a broad collaborative network,” says Franco Tortarolo, who runs research programs at Avio Aero. Top: A lab at the Bari polytechnic focuses on jet engine repair with the additive manufacturing technology called cold spray. Images credit: Yari Bovalino for GE Reports.


One promising concept that Avio Aero molded into its own began inside a cramped workshop rented by ProtoCast, a startup focused on 3D-printing metal parts for the medical industry. “We called it ‘the submarine’ because it was so narrow you couldn’t walk past the people working with the machines,” said Giorgio Abrate, general manager for engineering at Avio Aero. “They were just four guys playing with an idea,” added Tortarolo.

That idea inspired something bigger. Tortarolo and Abrate challenged their colleagues to use ProtoCast’s powerful Arcam printers to build a jet engine blade from titanium aluminide, a light, strong and heat-resistant metal that is very brittle and difficult to mold. The prospect of 3D-printing it instead was alluring to the company, and, as it turns out, feasible with the help of researchers at the Polytechnic University of Turin. Avio Aero later acquired ProtoCast, hired university graduates and moved the technology to Cameri to prepare for mass production. 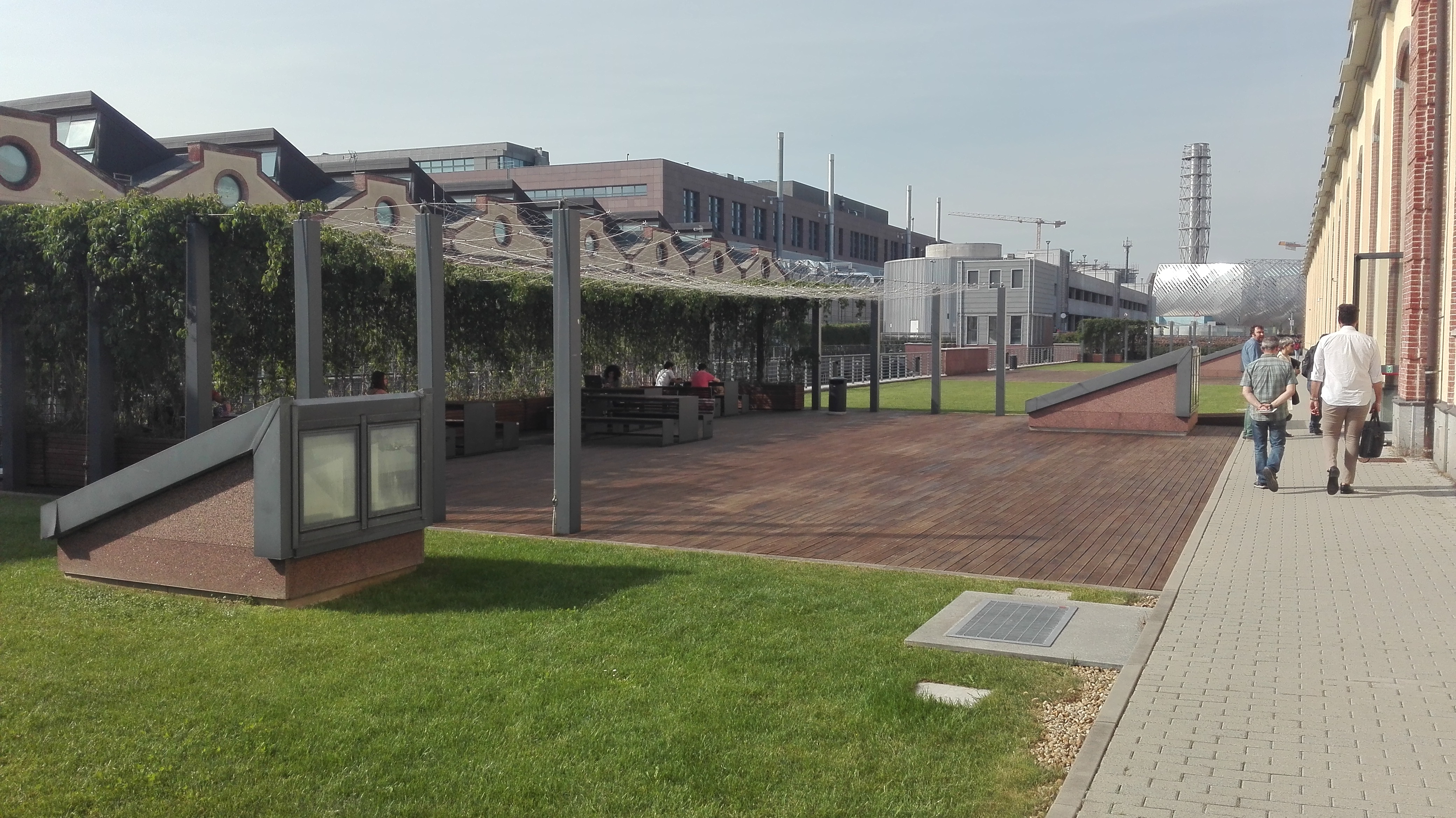 The campus of the Turin polytechnic is located inside beautifully restored railroad yard. Image credit: Yari Bovalino for GE Reports.


Tortarolo now spends much of his time at the polytechnic, where Avio Aero has helped open a 3D-printing lab called Turin Additive Lab. Located inside a beautifully restored locomotive repair yard, the lab holds the latest Arcam printers as well as Concept Laser machines. (GE acquired controlling stakes in both companies in 2016.)

The lab’s purpose is twofold: to familiarize students with 3D printing and to prepare talent for industrial companies keen on diving into this still-emerging field. And according to GE’s Innovation Barometer, the need for this talent is huge. Released earlier this year, the study found that 91 percent of company executives it surveyed believed that 3D printing will increase creativity within their businesses, but 53 percent said 3D printing has yet to reach its full potential because of insufficient training. In fact, many young engineers designing 3D-printed parts are learning on the job. “When I was getting my engineering degree, there was not a single additive course,” says Avio Aero’s Massimo Giambra. Giambra, 36, designed parts for GE Aviation’s Catalyst, a new turboprop engine that includes large sections made on 3D printers. He graduated from the Turin polytechnic in 2005.

The 3D-printing lab at the school now serves other students, and more are exploring additive manufacturing technology at universities and courses in Florence, Milan, Naples, Genoa and Bari, where Avio Aero built a similar lab that focuses on jet engine repair with yet another additive manufacturing technology called cold spray. In addition to 3D printing, the students and teachers at the schools and their SME partners are solving tasks involving aerodynamics, acoustics, structural integrity and other dynamics.

Tortarolo has now also started working with universities in Europe, and he is looking at growing the network into the U.S., like with Virginia Tech. “I really like how everything is connected,” he says. “Researchers in academia want to publish results, the SMEs and companies like us want applications for new technologies, and the government wants job creation. This is a win-win for everyone.” 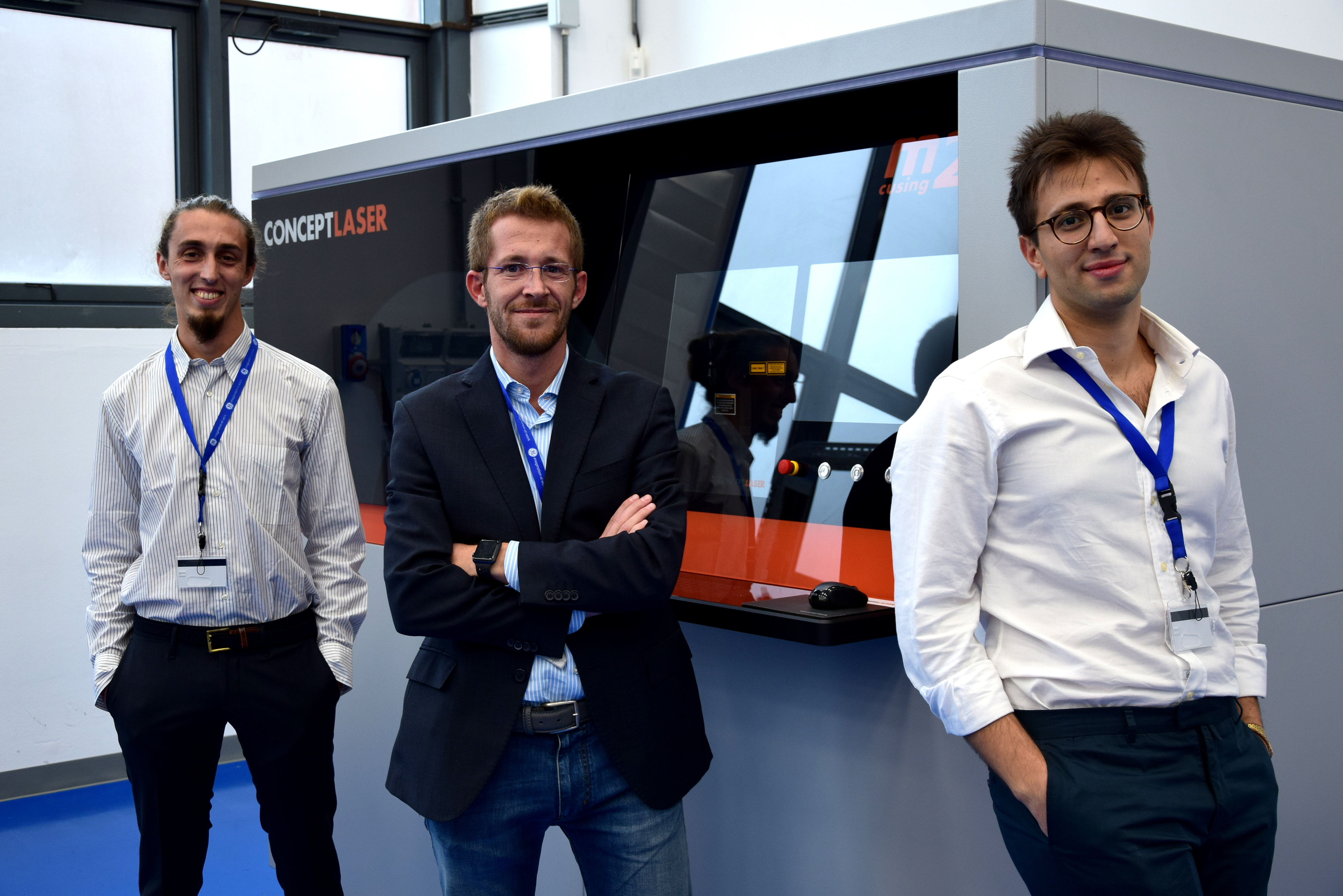 From the left to right: Pietro Signoretto, Dario Mula and Cesare Stranges inside Avio Aero's Additive Lab in Turing. When Signoretto and Stranges studied engineering at the Polytechnic of Turin, they attended the advanced manufacturing master course developed in partnership with Avio Aero. After graduation, they have been hired by the GE Aviation as lab additive specialists in Italy. Mula runs the Avio Aero additive lab. Image Credit: Stefano Rostagno for GE Reports