India Needs Plenty Of Wind And Solar Power To Meet Renewables Goals. This Hybrid Farm Can Harvest Both.

You won’t find the village of Borampalli in any major guidebook. Located in an arid corner of Andhra Pradesh, a state in the southeast of India, the place is little more than a cluster of homes ringed by stony fields and steep rocky ridges that protrude from the ground like the bony plates on the back of a stegosaurus.

But what the place lacks in tourist activity, it makes up in visitors from India’s technology capital, Bangalore, some four hours away down a narrow, two-lane road. They come here to check on a hybrid wind and solar farm located just outside the tiny hamlet, beyond its mango groves, groundnut fields and melon patches. In fact, the farm’s innovative design could turn this remote spot into a blueprint for India’s renewables revolution.

Here’s why: India, a country of 1.3 billion people, is pivoting hard to renewable energy. It’s seeking to hit 175 gigawatts in installed generation capacity from renewables by 2022, including 60 gigawatts from wind and 100 gigawatts from solar power. Today those numbers stand at 34 gigawatts for wind and 23 gigawatts for solar. The plan is that by 2030, some 40 percent of India’s electricity will come from non-fossil-based sources.

This is a huge task. Consider that the total generation capacity in Germany — including coal and gas power plants — is a little over 200 gigawatts. But it’s also a huge business opportunity for energy companies like Atria Power, the owner and operator the Borampalli site.

India has leapt into the future before — remember the rapid embrace of cellphones two decades ago. But the economics has to be right. In India as elsewhere, contracts for new projects to create renewable energy are awarded in highly competitive auctions, and the incentive to provide the lowest bid necessarily squeezes the profit margin. If you’re a company like Atria, one way to win an auction involves getting as much energy from your assets as possible. But the financial math can be tricky given the intermittent nature of these energy sources: The sun doesn’t always shine and the wind doesn’t always blow. “The challenge with renewable energy is that it’s unpredictable,” says Shyam Rajan, leader for exponential markets at GE’s India Technology Center in Bangalore, which employs 4,500 PhDs, engineers and other specialists and serves as home to the GE Global Research and other GE businesses. “It has a seasonal variance and it also has a daily variance.” 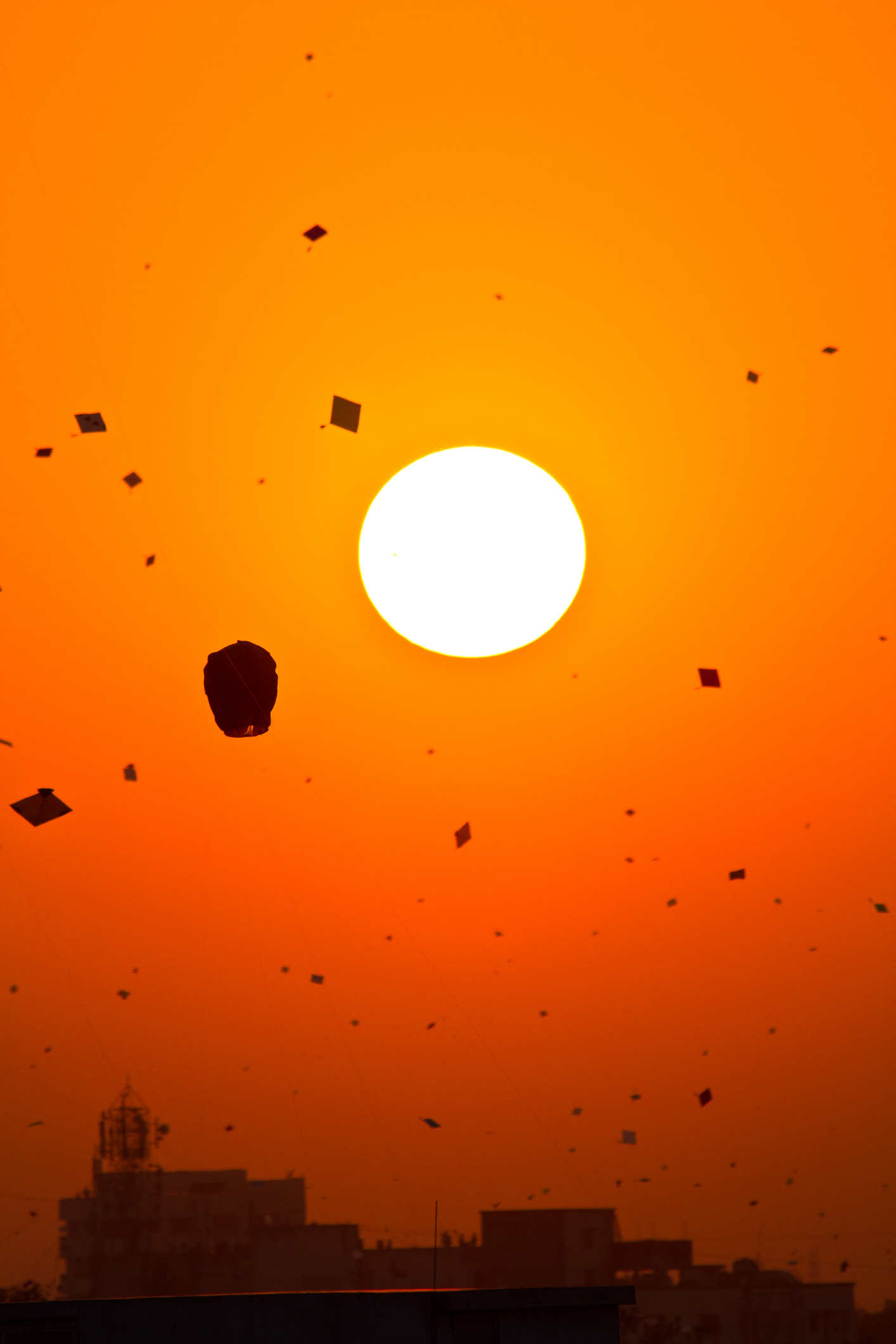 Top image: Veena Padmarao and her colleagues at GE's India Technology Center in Bangalore had to figure out how to pipe the direct current from the solar farm to the portion of the converter handling DC flow from the wind turbine. Image credit: Tomas Kellner for GE Reports. Above: India is seeking to hit 175 gigawatts in installed generation capacity from renewables by 2022, including 60 gigawatts from wind and 100 gigawatts from solar power. Image credit: Getty Images.

Rajan’s colleague Arvind Tiwari, program leader for wind electrical systems at the Bangalore research center, and his team have been working with Atria to reduce that uncertainty. Instead of building two separate farms with their own power conversion equipment — which would be too expensive — they designed a unique hybrid solution for the Borampalli site that combines wind and solar into a single farm.

The Borampalli farm illustrates the vagaries of renewable power generation well. Because of the prevailing weather patterns on the Indian subcontinent, the Atria wind turbines here generate 70 percent of their annual output in just the five months between April to August — monsoon season. This seasonality used to create headaches for people like Anand Lahoti, Atria’s chief operating officer. “If I win a power project, I may not be able to meet my customer’s requirements because I have an electricity [generation] deficit in some months and surplus in other months,” he says in his office on a leafy street in central Bangalore.

When they first turned on the 25.6-megawatt wind farm in 2015, Lahoti and his team started “banking” excess power output generated during the windy monsoon season by sending to a network operated by a large local utility that was capable of absorbing it. Atria would send draw on the network when the wind died down. But changes in the pricing model — the power settlements now take place on a monthly basis instead of once a year — made the arrangement more expensive. “We said, ‘How can we meet the largest share of our customers’ energy needs without creating too much of a cost increase?’” Lahoti says.

It turned out the answer was hiding in plain daylight. “We realized that if we put together wind and solar power, the two energy sources can be very complementary,” Lahoti says.

The area around Borampalli enjoys as much as 10 hours of sunshine at the peak of the dry season in February. That number drops to just over four hours on average in July — but that’s also when the wind picks up.

Lahoti realized that he could increase the power output of the Borampalli site by adding a solar farm to his wind farm, which was built on 50 acres of largely open land. He dispatched one of Atria’s engineers to GE to help him figure it out. “It was not a commercial decision,” says Lahoti, adding that two other companies were interested in bidding on the work. “It was more of a technology decision.”

The combined GE and Atria team moved inside GE’s hybrid lab at the technology center. They focused on a key piece of wind farm equipment called the converter, which they needed to tweak to make the hybrid work. The machine, about the size of two armoires, takes energy from the wind turbines and essentially cleans it up. “The wind blows at different speeds, and we use a variable speed generator for capturing the best possible wind power at varying mechanical frequencies,” says Veena Padmarao, a lead scientist working in the electric power group at the GRC in Bangalore. “But the power we use at home has to have the same constant electrical frequency all the time.” The job of the converter is to help to make this happen, by compensating the difference between spinning of the wind turbine and the electricity frequency in the grid.

The team decided to use the wind converter for the solar farm too, but first they had to solve a complex problem. The wind turbine generates a mixture of alternating current (AC) and direct current (DC), while solar panels produce just DC. Padmarao and her colleagues had to figure out how to pipe the DC from the solar farm to the portion of the converter handling DC flow from the turbine.

Padmarao spent days writing computer code to make the parts talk to each other and to the grid. “The point of the hybrid solution was that you don’t have to touch anything on the infrastructure beyond the installation,” she says. “It’s a plug-and-play design. You don’t need to upgrade your transmission lines and substation. The challenge was that we were doing it for the first time. We never did wind and solar together.”

But the seamless blending of the solar and wind farms is just the first step. The GE team is now considering working with Atria to integrate battery storage into the system. They’re also developing software that will allow them to predict and maximize power outputs by analyzing historical electricity generation, weather and data from sensors located on the field equipment. For example, the team noticed that the transmission line leading from the Borampalli site was utilized on average only by 50 percent — wind power accounts for 30 percent of the total capacity and solar capacity for 20 percent. But on windy and sunny days, when both the solar panels and the wind turbines could be working at 100 percent, they had to curb the output to avoid overloading the line.

Storing the excess energy in a battery and releasing it when generation drops seems to be the obvious next step. “It’s basically energy management as a service,” says Tiwari, the engineer who oversaw the project on the GE side. He says his team is now working with Atria to build a “digital twin” of the hybrid farm, its virtual representation inside a computer, to get the most out of the wind-solar hybrid. Adds his colleague Rajan: “We are using exponential technologies and we are applying them to markets that are growing exponentially. We will know whether this mission is successful if we are able to get a large share of the gigawatts of the renewables auctions that will take place over the next five years. That is basically the premise under which we are operating. The proof of the pudding is, of course, in eating it.”

So far, Atria’s Lahoti seems to enjoy GE’s cooking. “We haven’t seen any hiccups in terms of how the hybrid plant has been performing,” he says. “One of the things we are pushing now is: How do we make the assets sweat? How do we use them to the maximum?”