In Sync: How A Steam-Era Machine Can Upgrade The 21st Century Electric Grid

The peculiar machine described in the 1920 issue of GE Review — essentially a giant engine designed to produce no mechanical power — seems like nothing more than a charming relic from the early years of electrification. Yet the device, known as “synchronous condenser,” turns out to be far more than a steam-era oddity, as the engineers in charge of today’s electric grid are discovering. GE supplied its first synchronous condenser a century ago and remains a leader in the field.
GE’s first large transmission grid condenser, built a century ago for Ontario Hydro in Canada, was big enough to fill a room. It helped move electric power generated by Niagara Falls to customers in distant cities. Today, GE remains  a leader in the field, supplying the technology to utilities changing their energy mix and embracing solar and wind power.

The first device was a hit. It worked by injecting the right amount of “reactive power” into the grid to keep alternating current (AC) flowing smoothly. You've never heard of reactive power? You are not alone. It is sometimes referred to as “phantom power” due to the critical but often overlooked role it plays in maintaining grid stability. By keeping voltage and current in sync, it helps prevent surges and brownouts and allows utilities to transmit power from faraway places. Gushed the author of a 1920 review: “As a means of controlling voltage on high potential long-distance transmission lines, the synchronous condenser is an absolute necessity.” 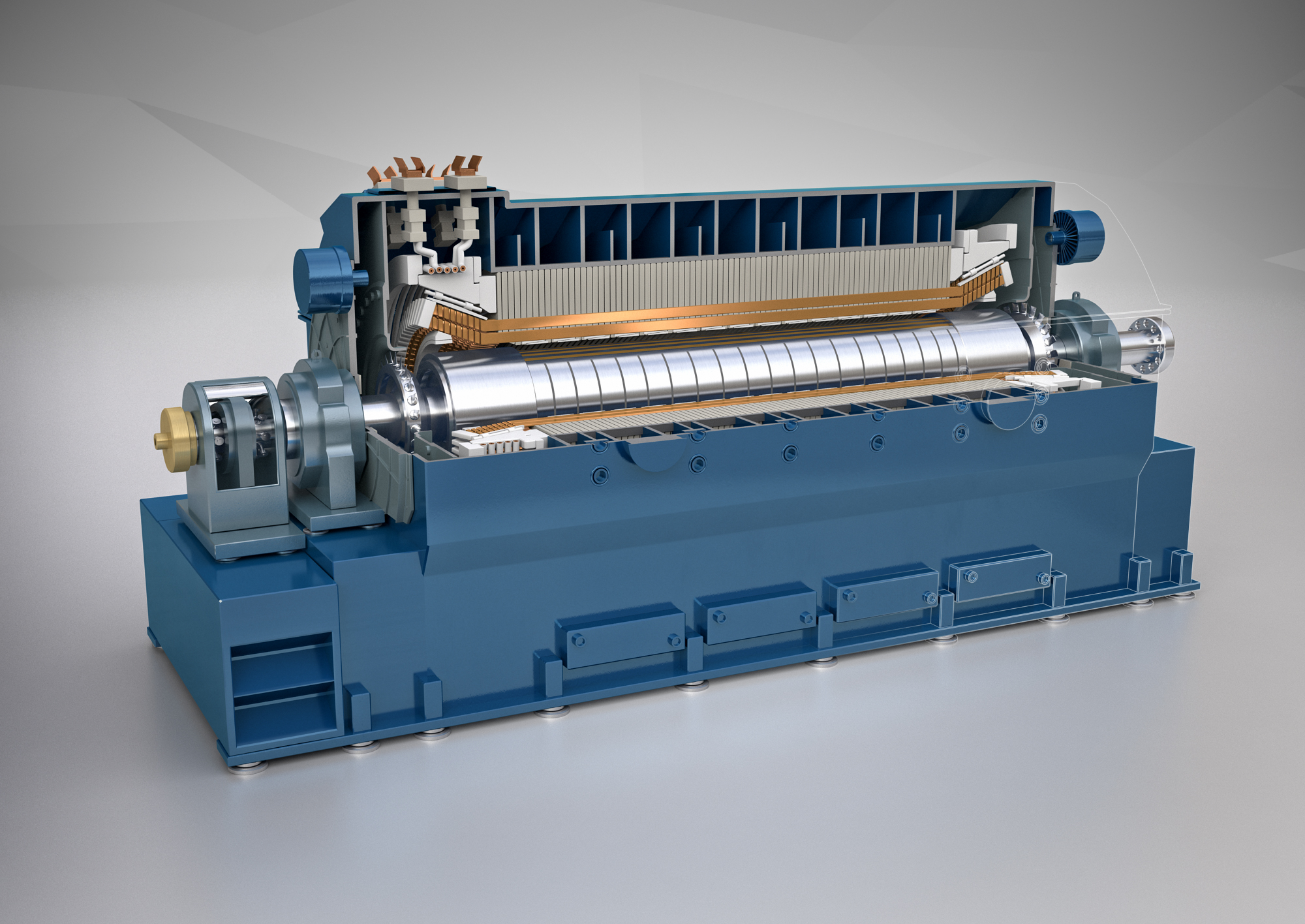 Electric grids in 1920 and 2020 have much in common. Today’s solar plants and wind farms face the same dilemma as the pioneering hydroelectric utility: Lots of renewable energy to generate electricity, but also big obstacles to move that power to the customers when they want it. And as more users and producers connect to an expanding grid, the grid’s current and voltage often get knocked out of phase.

This is a big problem. You may remember from school that AC current —this is the type of current in your home socket — oscillates around zero and periodically reverses its direction. As a result, the work done by an AC grids’ power can fall to zero if the voltage and current are completely out of phase and cancel out each other; the closer they are to being perfectly in sync, the more efficiently the power flows. The job of synchronous condensers is to ensure the grid stays in phase by injecting reactive power into the grid as needed.

The modern version of the issue is particularly acute because of the increasing number of giant renewable energy projects being planned in areas far removed from the population centers that will use that energy. Record-setting wind farms, in locations such as the North Sea and Wyoming, need efficient ways to deliver their power to big cities. Further, the method that solar and wind farms use to generate power is very different than conventional big power plants. Solar and wind farms do not provide significant grid strength and inertia. Adding the synchronous condensers to a grid having lots of renewable energy generation can improve the strength and inertia allowing the grid to continue to operate in a stable fashion when a disturbance occurs. 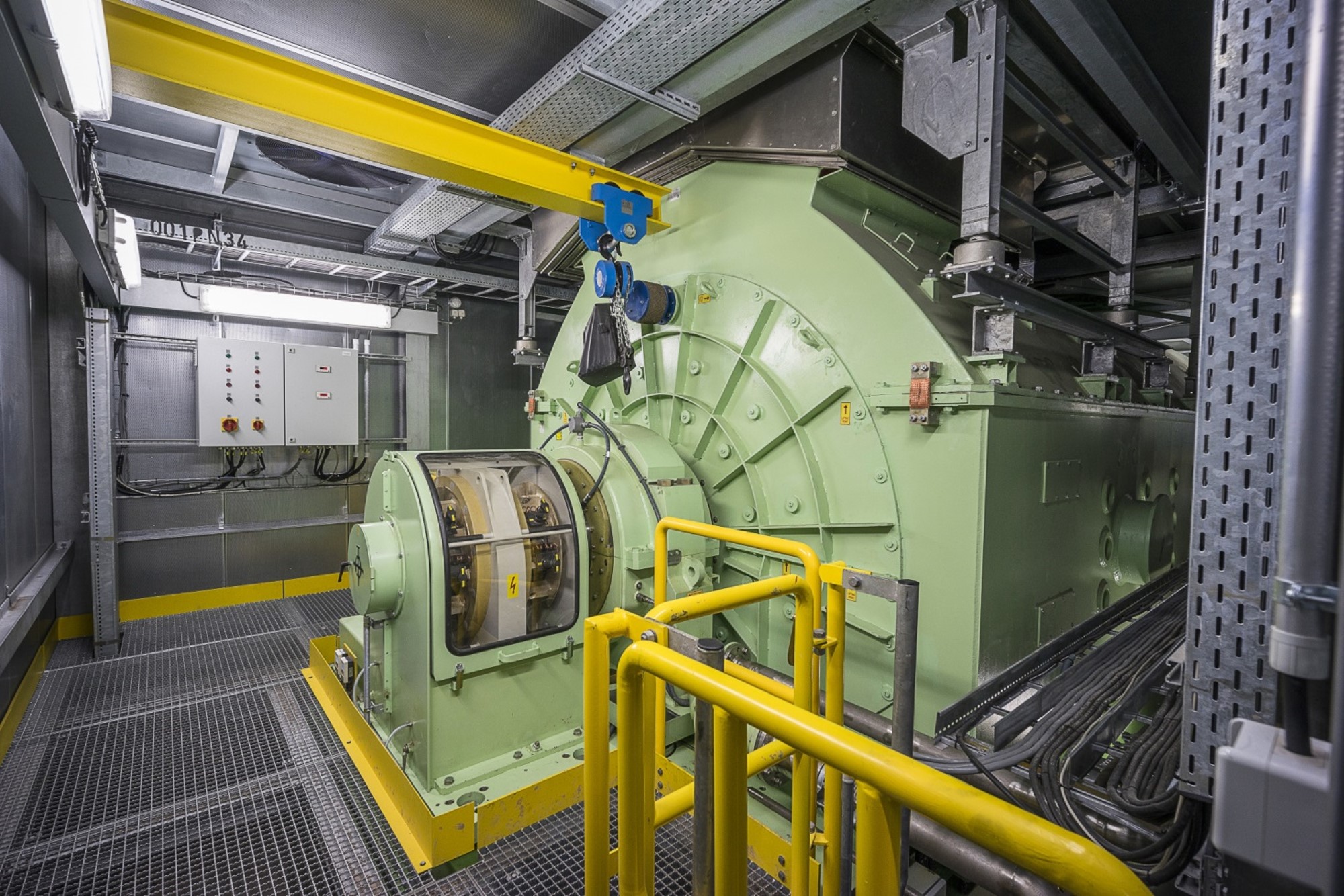 Researchers said in a recent Journal of Electrical Engineering article that the location of synchronous condensers on the grid has a major effect on their effectiveness. Their models show that adding a combination of a new wind farm and a condenser to the edge of the existing grid can dramatically improve grid stability.

The modern version of the synchronous condenser offers some 21st century improvements over its predecessors. While the 1920 version of the machine relied on rheostats and other analog control systems, today’s condenser uses digital controls to dispatch the reactive power in an instant.

When a tree branch falls on a main power line — or some other event causes a fault on the main grid — the voltage plummets temporarily and the entire grid can collapse, unless a condenser steps in with a large and rapid injection of reactive power to recover the voltage.

The long distances between generation and users can also lead to an increase in the network’s vulnerability to disturbances such as short-circuits, which is another problem modern synchronous condensers are suited to countering.

Might the century-old technology reveal other surprising talents as the electric grid continues to evolve? The authors of the Journal of Electrical Engineering article recommend optimism: “Although being an old technology, the synchronous condenser remains an interesting topic for future work.”