There are many luxuries that separate first class fliers from their fellow travelers going coach in the back of the plane, but in-flight entertainment isn’t one of them. The personal multiple-choice video screen standard on most long-haul flights has democratized the passenger deck and allowed anyone to binge on Big Bang Theory, European art house flicks, and video games. The same is true for Wi-Fi and personal power outlets.

They are the harbingers of the radical aircraft design changes taking place out of sight of travelers as well as most crew. Electrical motors and actuators have replaced wires, pulleys and hydraulics once required to fly the plane. They listen to digital commands coming from powerful on-board computers and avionics systems that monitor everything from the plane’s lavatories to its flight path, and help the pilots operate the aircraft. “The modern aircraft is part flying computer and part power plant,” says Vic Bonneau, president of electrical power systems at GE Aviation. “Not so long ago, we all watched the same movie on an overhead screen. But this big and growing appetite for electricity can be a challenge.” 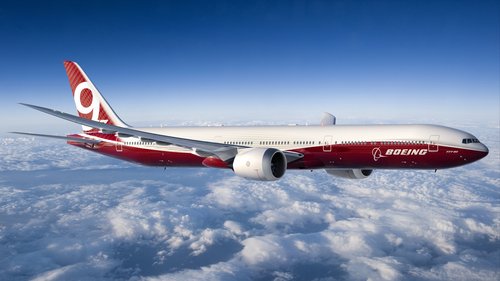 Top and above: Boeing’s 777X jet will use GE engines as well as avionics and power systems. The plane has power generators on each jet engine. There is also an auxiliary power unit in the back of the plane. Illustrations credit: Boeing

Bonneau’s unit has developed a new electrical power system for the 777X that will handle 30 percent more power than the technology currently working on 777 planes, without taking more space or adding weight. Each 777X plane will also have two GE backup generators that will be able to produce nearly 80 percent more power than the current design. “The system can handle enough electricity to power 30 American homes,” Bonneau says. “That’s huge.”

Bonneau says that GE Aviation engineers working at two new research labs in Cheltenham, U.K., and Dayton, Ohio, used 3D printing to fast-track the development of prototypes for new circuit boards, and prove to Boeing that they would do the job and fit inside the plane.  He said that such rapid prototyping cuts development time from 18 months to just a few weeks. “We built these centers specifically for programs like the 777X,” Bonneau says. “They allow us to speed up design, and quickly test and mature new products.”

GE spent a combined $80 million on the two research centers, which opened in 2012 and 2013. Bonneau says that the Ohio lab alone will employ 200 people by the end of next year, twice as many as originally projected. “The investment is paying off,” he says. “We already worry that we might run out of space.” 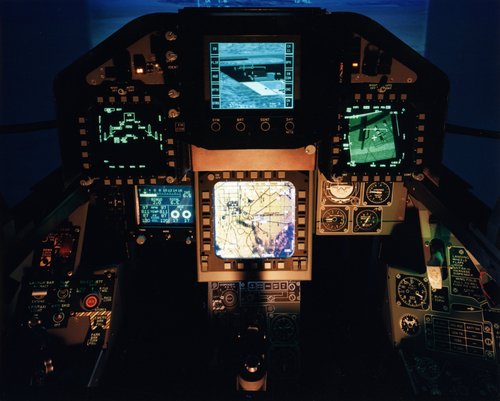 The “brain’s” open architecture allows Boeing to easily incorporate and upgrade software and technology developed by dozens of different suppliers. “This saves Boeing money and speeds things up when the plane maker wants to add a new feature or upgrade existing technology,” says GE’s avionics leader George Kiefer. “They don’t have to recertify the entire system with the [U.S. Federal Aviation Administration], but just the new addition.  With the 787 and now the 777X, we have made future aircraft programs more affordable by doing away with escalating software development costs.”

GE Aviation, which booked $22 billion in 2013 revenues, is also developing a jet engine called GE9X to power the 777X. With 11 feet in fan diameter, it will be the largest jet engine ever built.

Although the 777X won’t enter service until the end of the decade, the plane has already become one of Boeing’s fastest-selling planes. Lufthansa, Etihad, Qatar, Emirates and Cathay Pacific have all already placed orders for the wide-body jet. GE has received orders and commitments for the GE9X engine valued at $26 billion (U.S. list price).

The 777X will enter service by the end of the decade.