How Asia Can Get Its Energy Transition Right

When I arrived in Singapore to lead GE Steam Power’s Asia Region, I was aware of some of the well-trodden discussions on the challenges that this region faces: “Asia will continue to lag behind Europe and the US in embracing newer forms of energy, especially clean energy”; “policy bottlenecks will make energy transition painfully slow and dependence on oil and gas inevitable.” 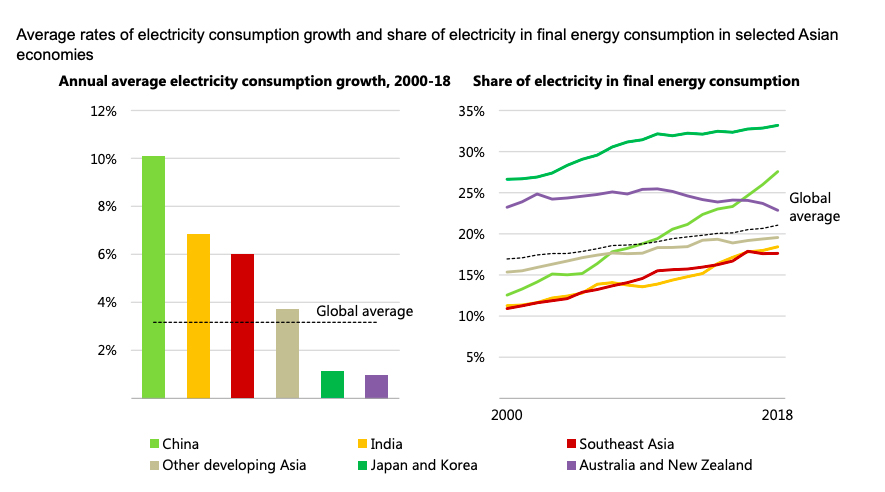 Yet, what I find fundamentally different here from my time in Europe is the potential for Asia to borrow from the world’s energy transition lessons—and more importantly its pacing—to set an agenda that balances affordability, reliability and environment.

We learned as children that “slow and steady wins the race,” and this adage now seems particularly true for Asian leaders running in what appears to be an ambitious energy race and relentless pressure to achieve sustainable development goals. Australia is an illustrative example where its fast switch to renewables led to a series of blackouts and grid instabilities. Australia’s experience shows how the path to renewable energy is not so straightforward and likely requires a more balanced approach in line with countries’ available energy sources.

The challenge is making sure that we are progressing in the right direction, maintaining our responsibilities to our planet but also not compromising grid stability. This is a conversation I have every day with decision makers across Asia. It often means understanding the total cost of electricity against systems costs, and the quality of power—and finding harmony between the two.

If there is one thing that I have seen leaders in Asia do well, it’s building consensus. Here, more than any other region I have worked in, making sure a potential solution is well accepted is mission critical and building consensus is how that happens.

I recently visited the Manjung 4 power plant, in Malaysia. Manjung 4, which was the first unit in South East Asia to use ultra-supercritical (USC) technology, produces stable electricity for nearly two million households up to 10% more efficiently than the global average. And each additional percentage point in efficiency reduces carbon dioxide emissions by 2%.

Many outside of our industry are surprised to hear that this is a coal-fired plant because of the negative associations with coal and environment. But leveraging advanced air quality control technology has allowed the facility to become part of Malaysia’s solution in reducing SO2 and NOx emissions up to 70% compared to earlier Manjung units.

Across the region, leaders are trying to find the right balance. In the Philippines, the debate on how to negotiate existing contracting structures and to continue adoption of cleaner energy technologies while maintaining low electricity prices to fuel economic growth is raging. On the other hand, continued media reports that delays from Japan nuclear restart – or not – may bring 20% to 22% setbacks to its energy mix by 2031 are putting increasing pressure on energy security.

Such debates mirror those that I have heard over and over again in Europe, where hasty energy policies have led to unintended consequences. Germany for example has spent 160 billion euros on the shift to renewables in the last five years alone, and CO2 emissions have remained stagnant at 2009 levels for many years. In the meantime, German consumers have seen their bills soar, as Germany’s electricity price have risen to be the second most expensive in the European Union. A recent study suggests that CO2 emissions have dropped in 2019, but also saying that they may rise again as factors like wind conditions are not predictable and renewable capacity isn’t growing as fast as needed. Some argue, Germany has failed in its “Energiewende”, because its targets were so ambitious.

As I take part in Asia’s energy transition, I am inspired by the pragmatic conversations I continue to hear on striking that right balance of energy sources with a mindfulness of the long game of affordability, reliability, and sustainability. What others might call ‘painfully slow’, I see as a region being deliberate in its energy transition and learning from the global experience. I look forward to seeing what 2020 brings and contributing as much as I can to its success.