Honey, I Shrunk The Grid: How Digital Technology Is Straightening Out The Power System's ‘Cable Spaghetti’

Electrical substations — the clusters of circuit breakers, transformers and switchgears that stick out of the ground like giant cattle prods — aren’t much to look at. What they lack in glamour, they make up for in sheer utility. Substations are the grid’s unsung heroes that toil in obscurity to keep our homes lit and phones charged. You might find one near a power plant, switching up the power generated by, say, a gas-burning facility into electricity that flows in high-voltage transmission cables to towns and cities. A substation also could be in a downtown yard, stepping down this power into electricity that comes out of the wall socket.

Just like an iceberg, there is a lot of the substation that you cannot see. These are the hundreds of miles of copper wires lying in shallow trenches throughout the switchyard. These wires don’t ferry electricity; that’s the job of the heavy-duty metal busbars that run between above-ground primary equipment, such as the transformers. These wires instead ferry data about the workings of the substation’s primary equipment to and from the site’s control room. But a substation’s subterranean spaghetti might soon be a thing of the past as utilities are making the switch from analog to digital.

Avon, a rural area around 80 kilometers south of the Australian city of Sydney, now boasts the country’s first-ever digitized substation, which came online last year. It’s looped into a network of nearly 13,000 kilometers of high-voltage transmission lines in the state of New South Wales. “We’ve converted that traditional analog signal in a substation to a digital signal that runs over fiber-optic cable,” says Ashvin Bapat, a product marketing director at GE Grid Solutions.

If you remember how the portable media player allowed music fans to carry their entire record collection in their pocket, then it’s a similar concept at play. Digitization dramatically shrinks a substation’s physical communication network, while simultaneously boosting its ability to relay mountains of new data.

At Avon, engineers installed hundreds of sensors across the site that continually pump out information about the facility’s operations — data on everything from the composition of the gas dissolved in the oil that insulates a transformer to security-camera images of people coming and going in the control room. Substation operators get data galore about every aspect of their facility, which they can use to avoid system failure and anticipate maintenance. And the data is being delivered by a few skinny fiber-optic cables, rather than a snarl of copper wire.

“You just can’t get that kind of data in copper-based, analog world, because it would be wildly expensive to install sensors on individual wires and cables,” says Bapat. 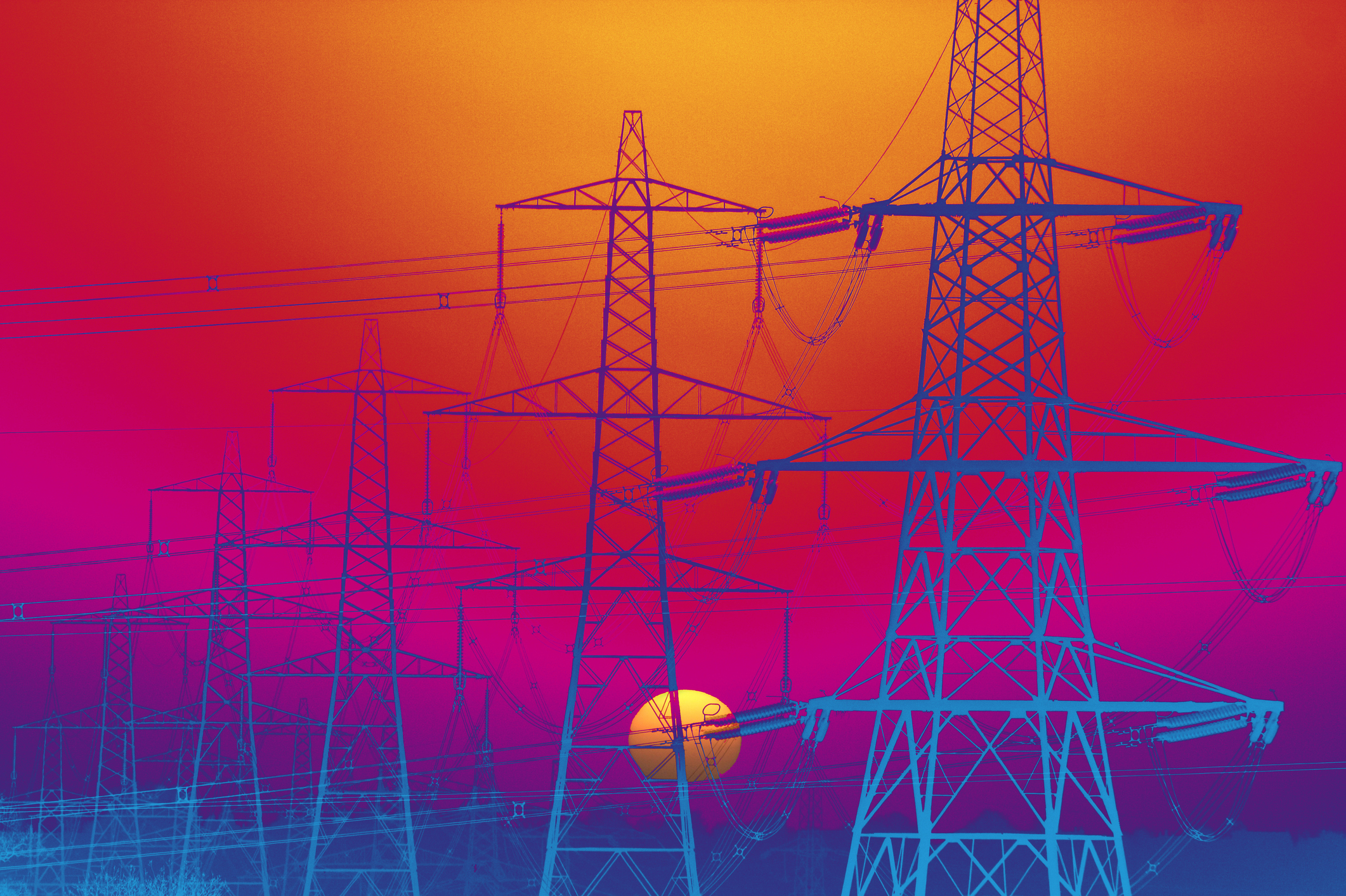 
The Avon substation — where GE Grid Solutions supplied plenty of brainpower, as well as the merging units that smooth the data flow between the physical and digital worlds  — cost 30 percent less to build than a conventional copper-based substation. A conventional substation would have several trenches around 50 centimeters deep and 1 meter wide, each containing around 12 bundles of copper cables. At Avon, those dozen bundles have been replaced with a single fiber-optic cable of 10-centimeter gauge.

That’s a 95 percent reduction in copper cables — and huge savings on copper, whose price has soared over the past two years. It costs a substation developer around 300 Australian dollars for every meter of copper cable in a bay, the part of a substation containing the high-voltage power connection and its transformers. But it costs just 14

Weaning a substation off copper has other benefits. Being made of lightweight, rugged and flexible glass, fiber-optic cables do not conduct electricity and are safer for workers. “There is no more live voltage running through the line,” says Rebollar. “It’s basically a long piece of crystal.” And optical fibers don’t need termination racks, the large circuit breakers housed in the site’s control rooms.

That is an advantage over the copper wires. Although the wires ferry data rather than power, electrons still course through the cable when they measure current and voltage.

“If a fault occurs” in a traditional substation, Bapat says, “high voltage could flow through copper cables into the control room, exposing the operator to a dangerous environment.” That simply cannot happen with the “bendy” glass of fiber optics.

A digital substation also requires fewer buildings than its analog ancestor. A typical “analog” substation in New South Wales has five buildings that are all 18 to 25 meters long, which house the site’s lower-voltage equipment. A digital version requires only a single 20-meter-long building — a reduction of 80 percent in building materials and surface area.

The huge savings on cabling, digging and building translates to a much easier planning and design process, too. Going digital means engineers have to produce 90-percent fewer system drawings — those scaled, bird’s-eye diagrams that lay out the substation in painstaking detail. The Avon substation required just 57 drawings, of which 32 were standard site templates. “We’re helping utilities focus their limited time and resources where they are needed most,” says Bapat.

Digital substation operators can also leverage the power of the industrial internet. Avon is an Ethernet-based system that benefits from Parallel Redundancy Protocol (PRP) technology, whereby all the substation’s assets connect to two independent networks — reducing the risk of communications breakdown. “If one network fails, there’s always another path that the message could take,” says Bapat. The real-time data also allows operators to continually monitor and control the voltage and current running through a critical asset like a transformer.

Such advantages are crucial for substations on the New South Wales grid, which not only supplies electricity to the homes and businesses of Sydney — the country’s largest city — but also manages the power flowing into the grid from the state’s wind turbines, solar panels and hydroelectric dams. As Australia’s most populous state, New South Wales produced nearly 30 percent of the country’s renewable electricity in 2017.

The grid’s industrious middlemen may never be pretty, but few can deny they’re becoming beautifully efficient.