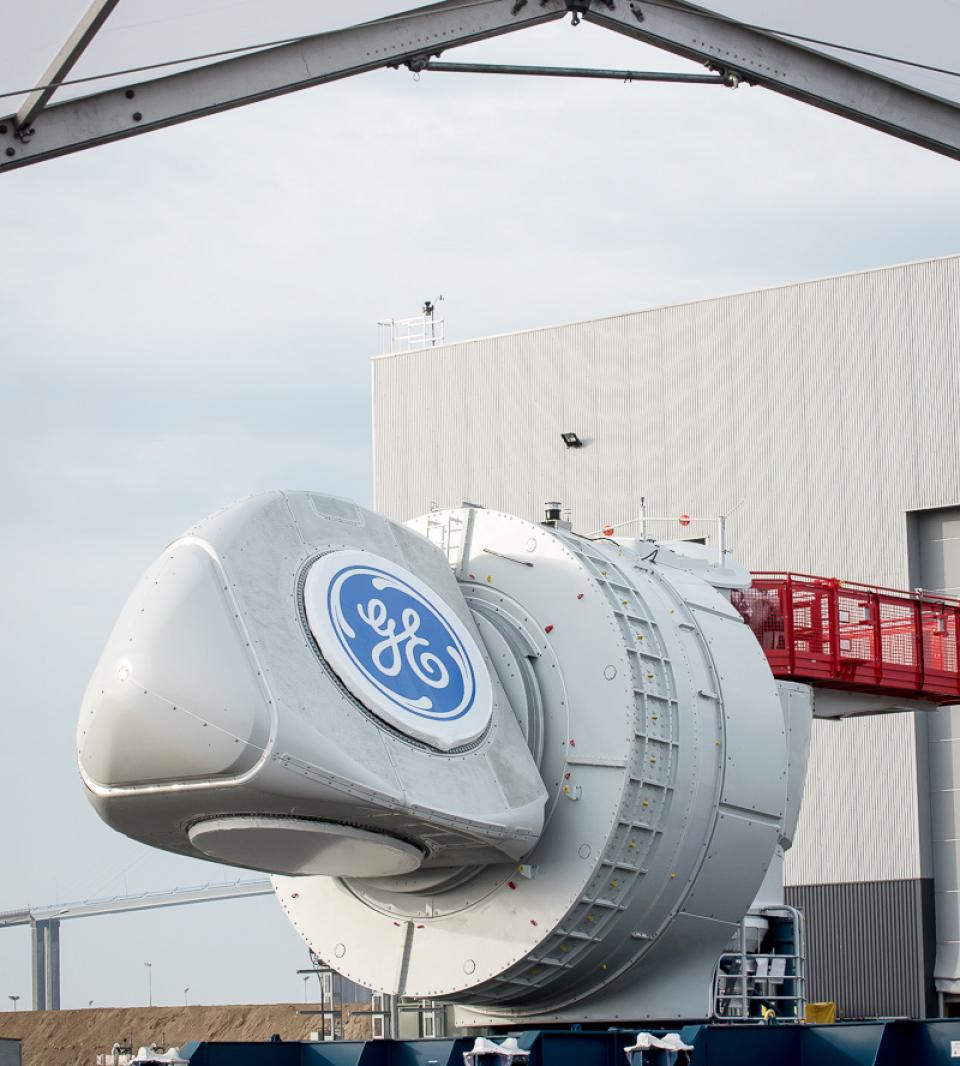 If you’ve ever flown over the coast of Western Europe and marveled at the view of giant offshore wind farms breaking the monotony of the sea, then one thing is certain: You weren’t flying over France. The country may boast a long coastline, incorporating the North Sea, Atlantic Ocean and Mediterranean Riviera, but France has not tapped offshore wind, unlike its European neighbors such as the U.K., Germany and Denmark.

Until now, that is. France just started building its maiden offshore wind farm in the Loire River estuary near the city of Saint-Nazaire. The farm, set to come online in 2022, as currently designed, will consist of 80 GE Haliade 150-6 MW turbines capable of harnessing the strong southwesterly winds that are typical of the eastern Atlantic. It will be capable of generating 480 megawatts of power for the French grid. That’s enough to meet 20% of electricity consumption in the Loire-Atlantique, a French region that is home to around 1.4 million people.

GE has now started up production of the nacelles, the giant boxes at the top of the wind turbine towers that house its generation kit: the gearbox, generator and controller — from its factory located just up the Loire in Saint-Nazaire. The plant also produced the same machines for America’s first offshore farm on Block Island and Merkur, a large farm off the coast of Germany and the Haliade-X prototype unit in Rotterdam.  After the production for the French wind farm ends, the facility will switch to making nacelles for the Haliade-X 12 MW, the world’s most powerful offshore wind turbine in operation.

The new wind farm is a symbolic moment for France’s wind industry and the country’s manufacturing sector. “We are proud today that this factory, which has already been producing from France for several years, can — at last — do it ‘for France,’” said GE France president Hugh Bailey, who cut the ribbon at a ceremony last week with executives from EDF Renewables and Enbridge, developers of the Saint-Nazaire wind farm. 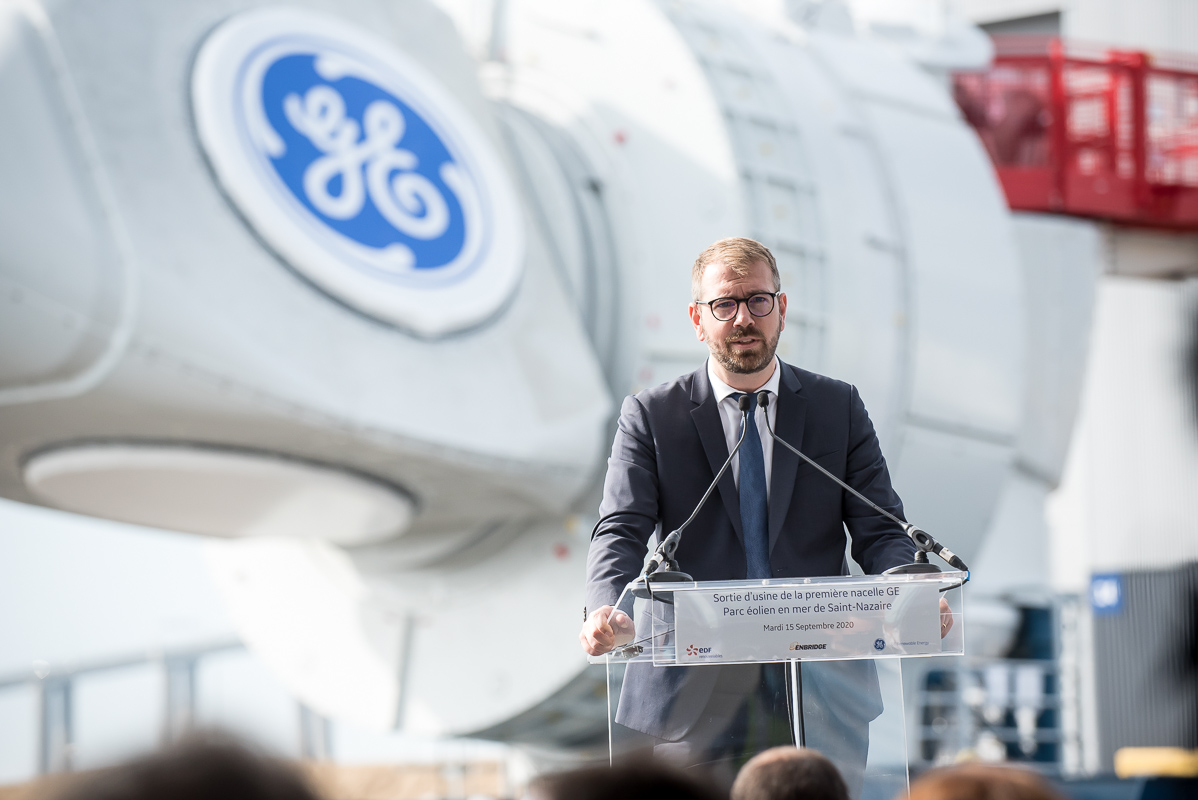 The project will also help the local economy. GE already has more than 700 employees working in the French offshore wind industry, spread across Saint-Nazaire and the northwestern coastal cities of Nantes and Cherbourg. That number likely will increase to over 1,400 by the end of 2021.

Saint-Nazaire specifically will be a hive of activity in the coming months. Once the 80 Haliade 150-6 MW nacelles have all rolled off the production line in late 2021, the plant, as currently designed, will begin production of the record-breaking Haliade-X. The port’s marshaling harbor will also store all the components for Haliade 150-6 MW, including the French-made nacelles, the tower segments and the giant blades, which are being produced in Spain.

In 2021, engineers will winch the components onto installation vessels, which are giant jackup rigs, and haul them out to sea. There they will anchor the foundations and the wind farm’s cabling system in preparation for its startup planned for 2022. The Saint-Nazaire wind farm will cover an area of around 78 square kilometers, between 12 and 20 kilometers from the French coast in water depths of 12 to 25 meters.

Projects such as Saint-Nazaire will be crucial if France is to deliver on its objective of producing up to one-third of its energy from renewable sources by 2030. “Each of these Haliade 150-6 MW turbines is capable of producing enough energy to support the electricity consumption of 5,000 French households, and thus avoid the emission of 21,000 tons of CO2,” said Jerome Pécresse, president and CEO of GE Renewable Energy.