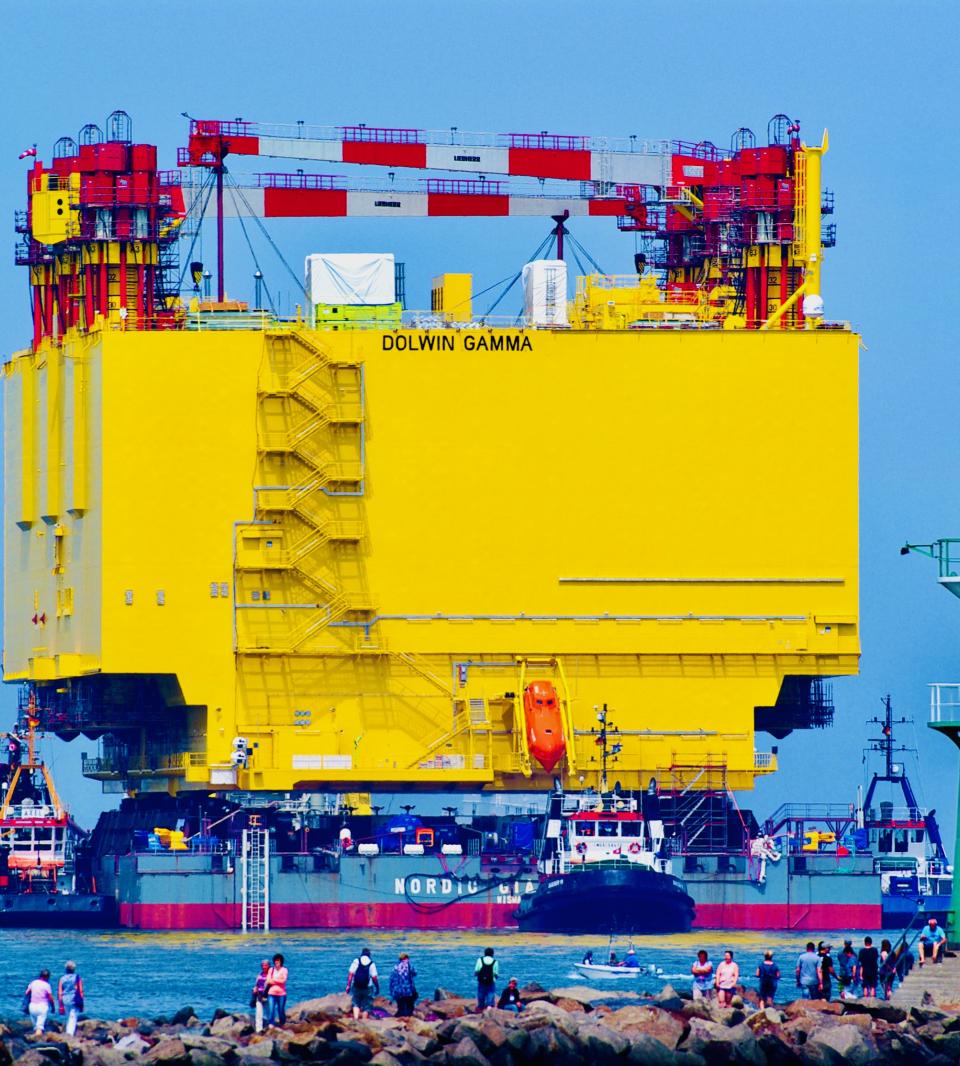 Like many countries around the world, Germany is in the middle of an ambitious energy transition, aiming to generate 80% of its power from renewable sources by 2050. One steppingstone on that journey is a huge yellow structure rising more than 60 feet from the slate-gray waters of the North Sea some 80 kilometers off the country’s coast.

The structure, known as DolWin3, is a 900-megawatt converter station the size of the Arc de Triomphe that’s capable of  supplying 1 million German homes with wind power. Built by GE Renewable Energy’s Grid Solutions unit, the $1.4 billion installation gathers electricity from surrounding offshore wind turbines and zips it through a cable to a sister station on Germany’s soil. 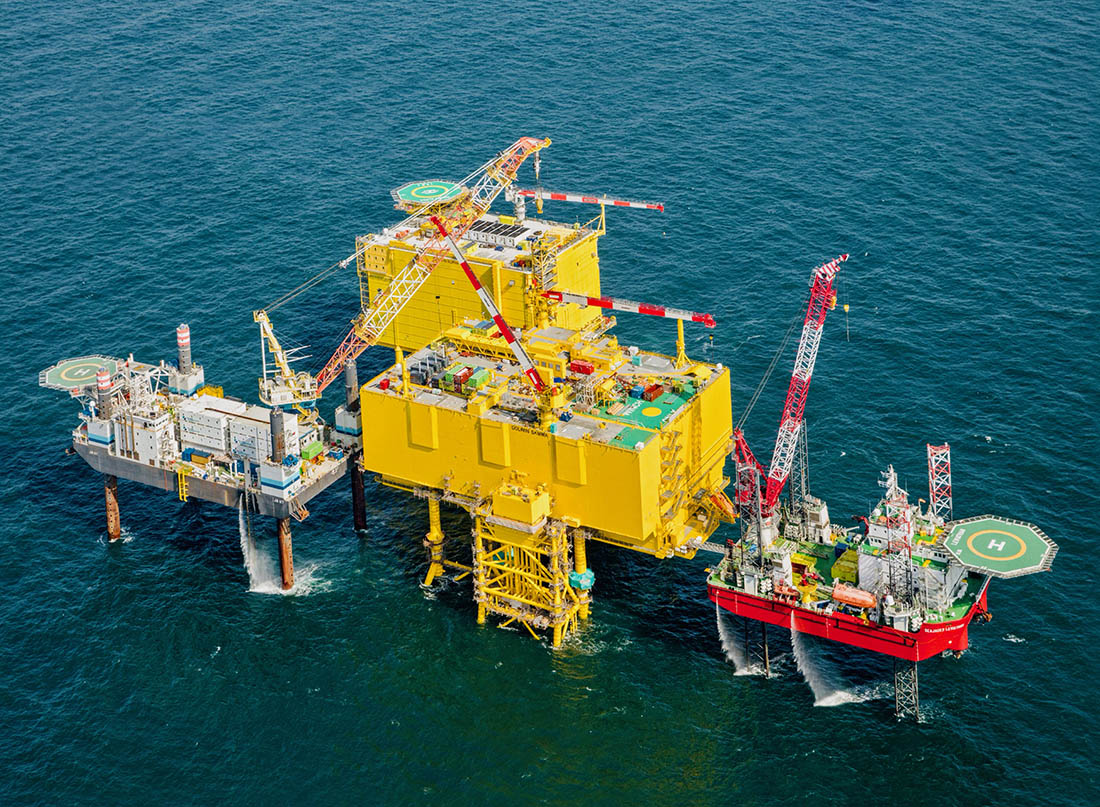 To do the job, DolWin3 uses advanced power conversion technology and software that changes the alternating current (AC) flowing in from the wind turbines into high-voltage direct current (HVDC). The current then flows through a 5-inch HVDC cable for 160 kilometers to a sister station located on Germany’s soil. There it is converted back into AC, connected to the electrical grid and sent to homes and businesses.

An efficient conversion from AC to DC is good news for anyone trying to bring more renewables on the grid. The HVDC technology specifically is key for getting the wind power onshore from far off distances offshore. That’s because it can transmit megawatts much more efficiently over long distances, compared to wires carrying AC, which has been the most common form of transmission for power until recent times. In fact, because of efficiency and other benefits such as grid stabilization features, HVDC lines have been proliferating around the world, offshore as well as onshore. “The limit of AC cables for offshore application comes at somewhere around 40 or 50 kilometers,” says Rajendra Iyer, grid integration solutions business leader at the Grid Solutions unit. 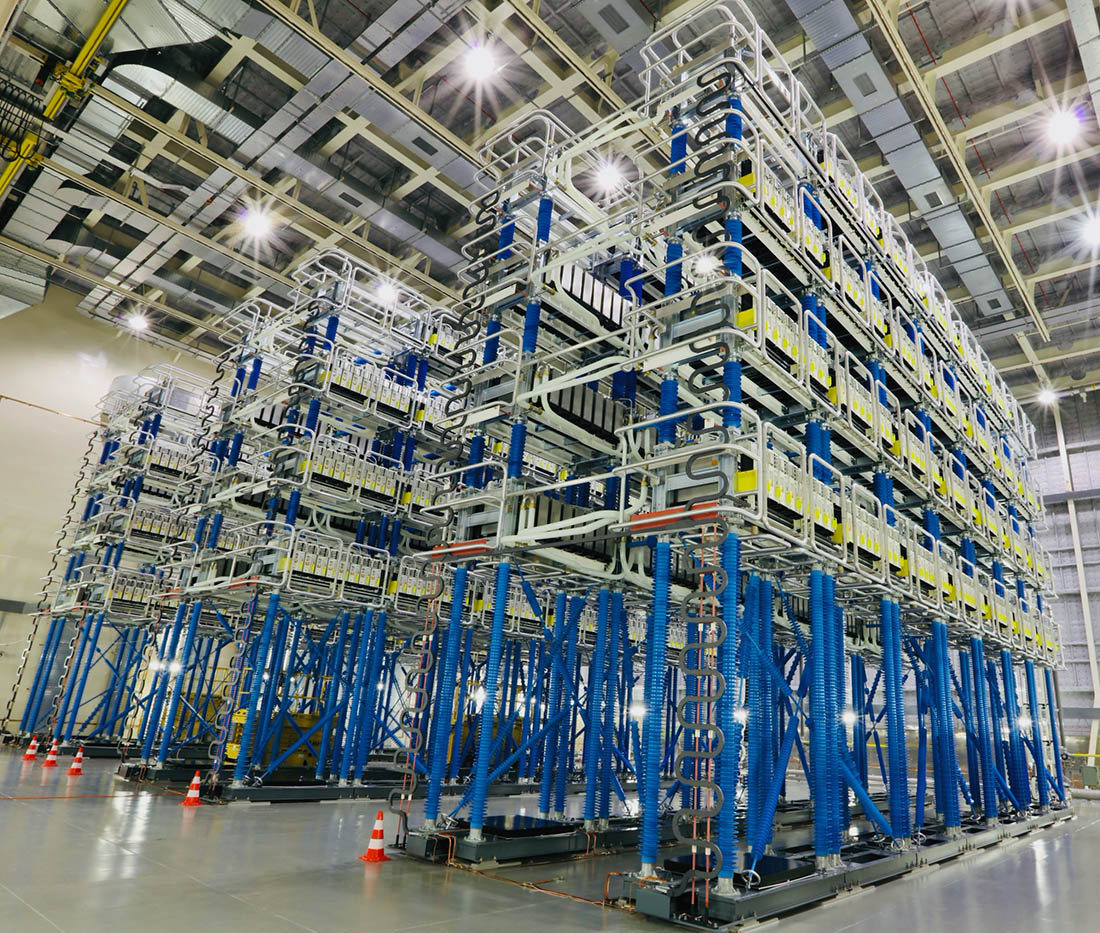 But distance is only one challenge DolWin3’s operator, the Dutch-German electrical transmission operator TenneT, is facing. The North Sea is no Caribbean and it’s been known for frequent periods of stormy weather where flying crews to the installation might be tricky. That’s why TenneT also tasked GE with developing a control system that would enable it to run the offshore converter station remotely — without any people.

Last summer, the companies ran the converter for six weeks — from August to September — without any humans at the controls in a successful test. “That meant no manual interference to fix any alarm or any problem that might happen,” explains Iyer. “And everything had to be monitored from the remote dispatch center of the customer, TenneT, which is onshore.”

GE also designed a similar setup for the Sofia wind farm off the coast of England, which will be even more remote. 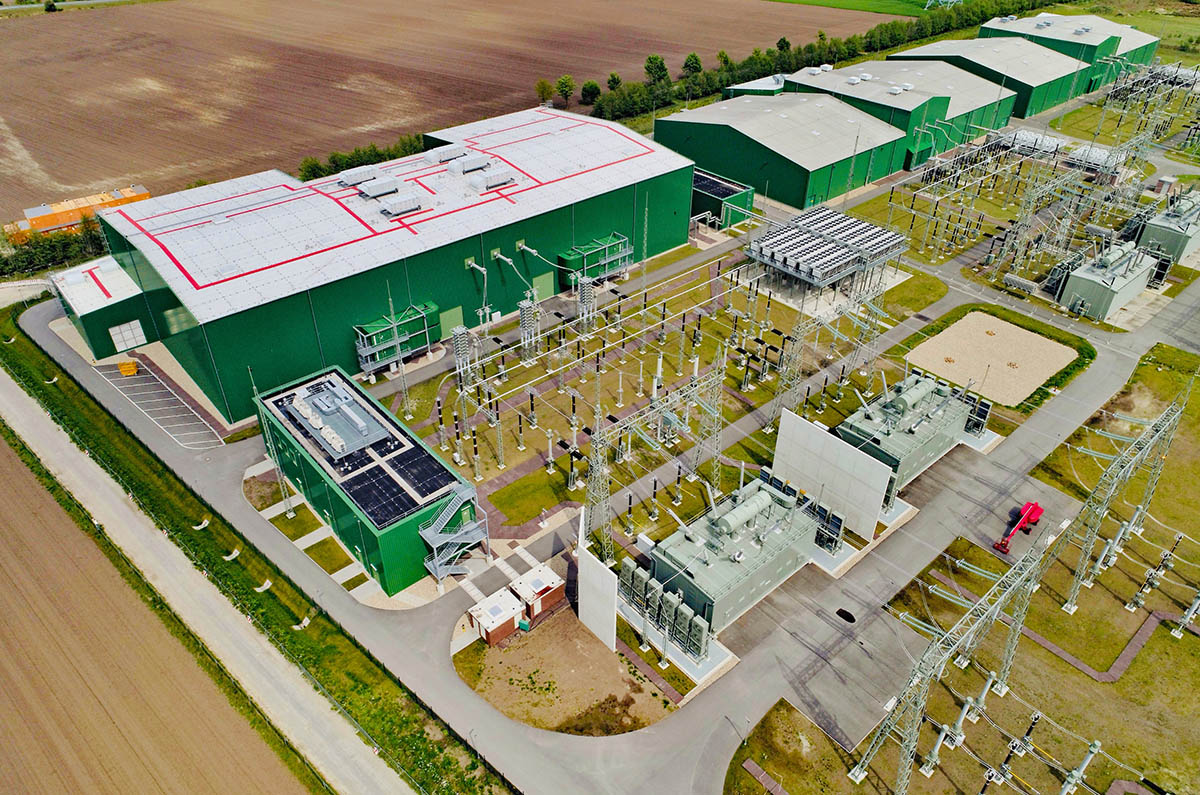