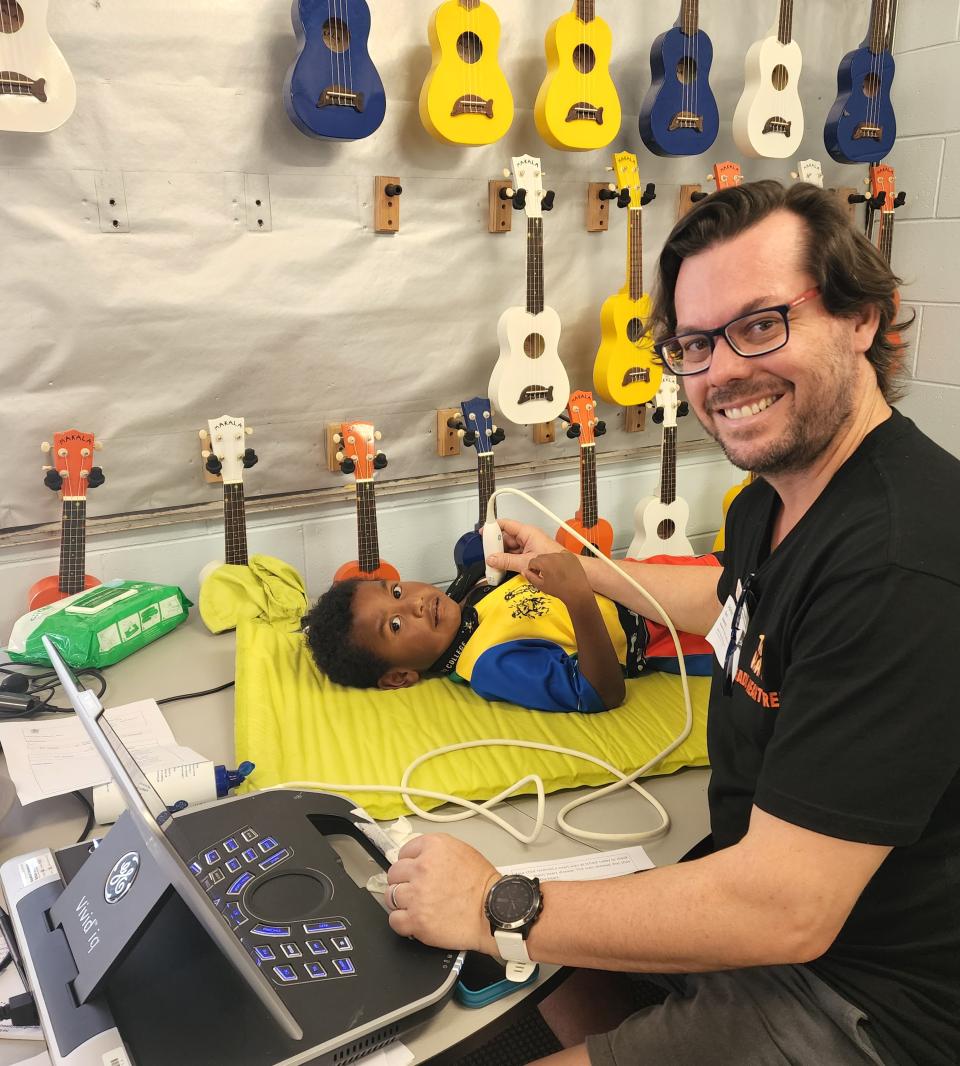 Between three to five percent of Aboriginal and Torres Strait Islander Australians living in remote and regional areas suffer from rheumatic heart disease (RHD). Poverty and lack of primary healthcare is behind the persistence of a deadly disease that has been virtually absent in the rest of Australia for more than 50 years.

“Rheumatic Heart Disease is solvable, but people put it into the too-hard basket,” says pediatric cardiologist Dr. Bo Remenyi. “This is a disease we can definitely get rid of in my lifetime.” Dr. Remenyi, who practices at the Royal Darwin Hospital, NT Cardiac and also works with the Menzies School of Health Research, says recent data from the Australian Institute of Health and Welfare shows more than  percent of Indigenous Australians in the Northern Territory have RHD. “It is shocking.”

Children between the ages of 5 and 14 are the most likely to get strep A throat infections and sores. Repeated infections – which can lead to acute rheumatic fever (ARF) when the body’s immune response can damage heart valves and lead to RHD – are more common among children growing up in overcrowded houses. Yet it is still preventable with basic healthcare and treatable if diagnosed early. 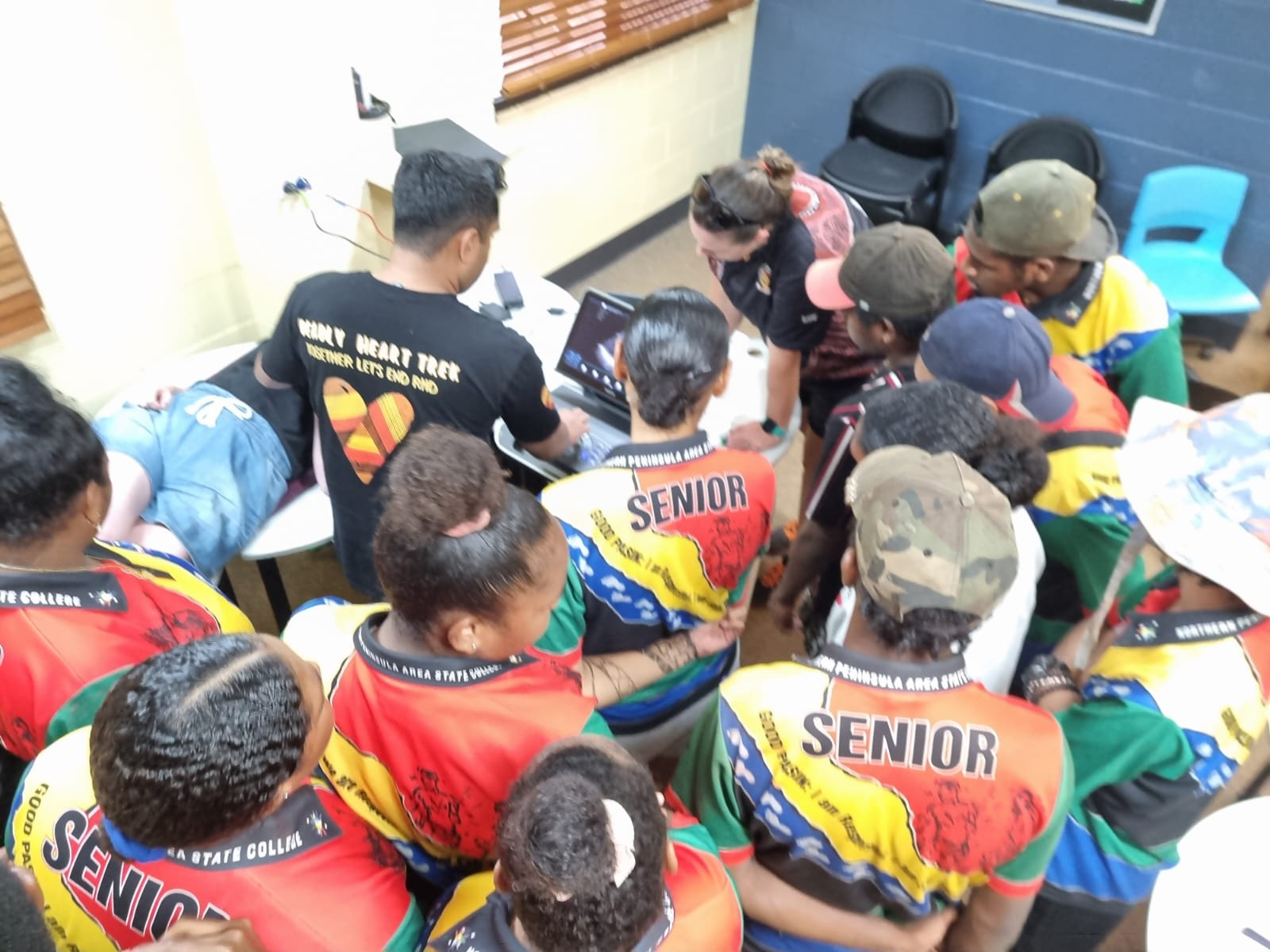 Children in remote Indigenous communities often grow up without access to the basics most of us take for granted. The late Dr. Fred Hollows, legendary Australian ophthalmologist and humanitarian who worked with the aboriginal community, called it ‘health hardware’: clean water, bathrooms and laundries. “They also don’t have access to basic primary healthcare services, and that’s what we need to change to get rid of RHD, but that’s going to take time,” says Dr. Remenyi.

“Early detection is something within the control of myself and my colleagues,” she says. Screening “ultrasound scans of the heart take only two minutes – it’s an abbreviated scan of the aortic and mitral valve and when you detect rheumatic heart disease early, treatment with monthly penicillin injections is very successful in reversing it.” 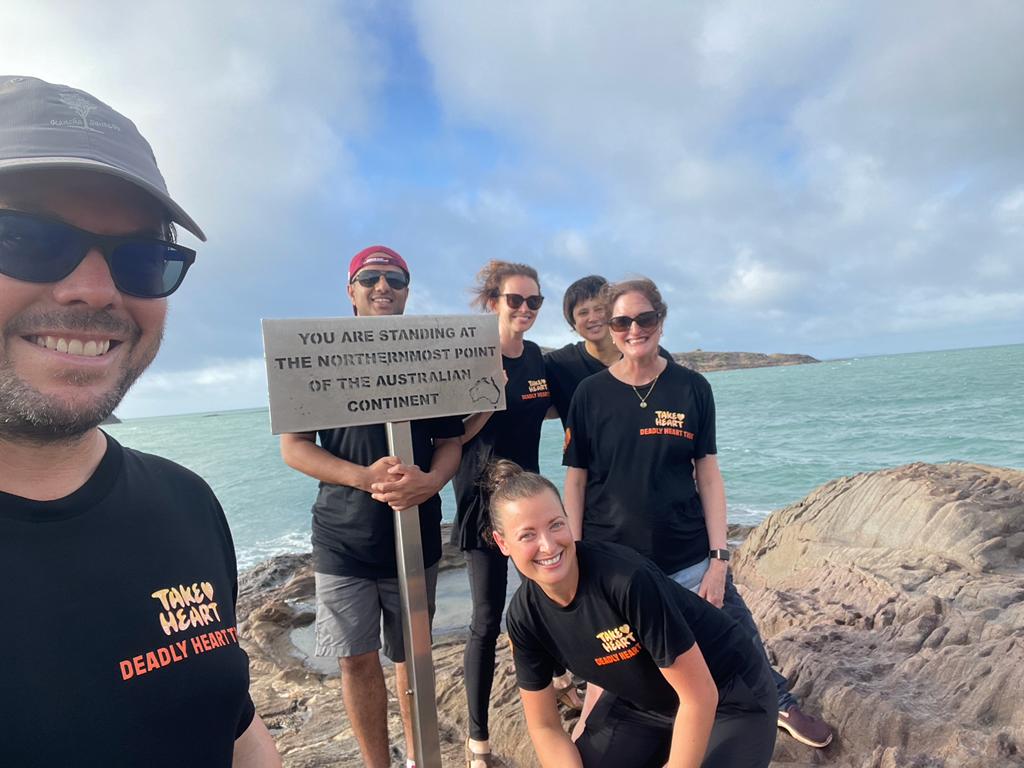 Those who’ve seen the tragic toll RHD takes on these communities are passionate about turning it around. “There are 40 pediatric cardiologists in all of Australia, and five of us are going on the 2022 Deadly Heart Trek, along with other specialists, doctors, nurses, community leaders and healthcare workers,” says Dr. Remenyi. 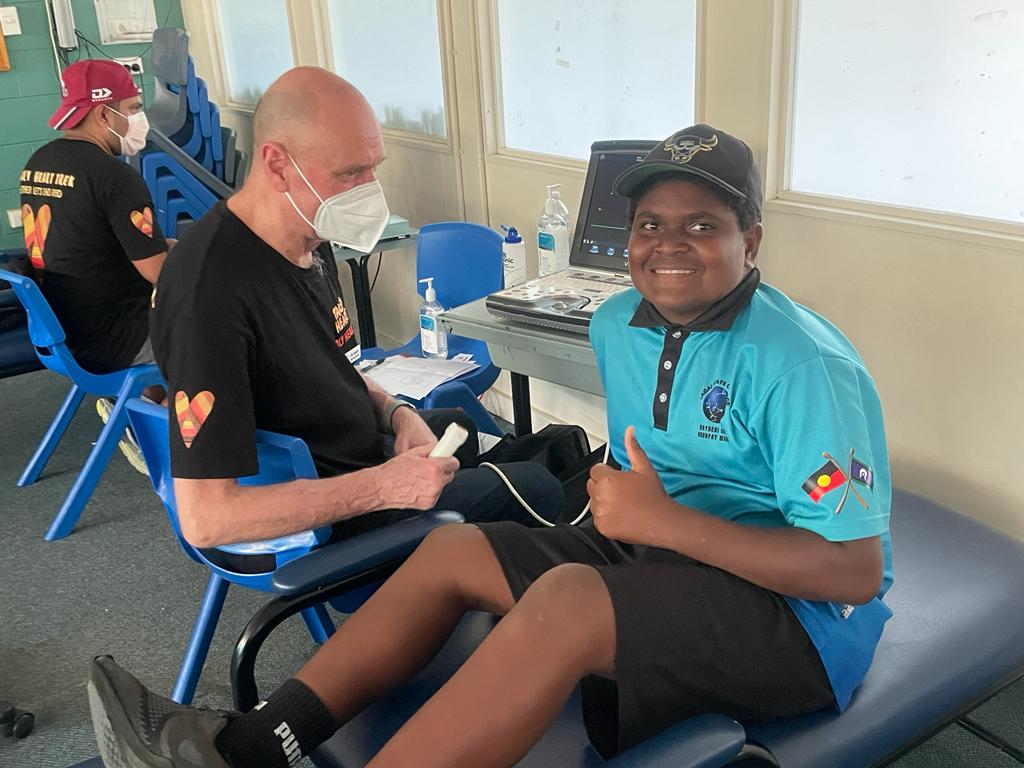 Ultrasound scans are critical because a stethoscope is a problematic tool for RHD diagnosis. “One in three healthy children will have an innocent cardiac murmur,” she explains. “But the sign of RHD is also a murmur, so it’s confusing with a stethoscope. A cardiac ultrasound is an instant yes or no.”

The scans are quick, non-invasive and painless. “We focus on the aortic and mitral valves and look to see if the valve is leaky, which is the first sign of a rheumatic heart on echocardiography,” she says. “The second thing we look at is the valves become thickened and deformed – classically they take on the appearance of dogleg. It’s a very clear characteristic on the echo images. On the ultrasound, we are looking and listening.”

Her colleague Alex Kaethner, chief cardiac physiologist (echocardiography) with NT Cardiac is also part of the project team. With Dr. Remenyi and Associate Professor Josh Francis at the Menzies School of Health Research, they’ve been working for five years on a project to expand the use of these vital cardiac ultrasounds in these communities by extending the training.

“We want to train Indigenous healthcare workers, local nurses in communities and also local doctors to perform basic echocardiograms, with a specific focus on detecting rheumatic heart disease,” says Kaethner. “The protocol is a very simplified echocardiogram – a handful of images focusing purely on RHD”

They have developed a curriculum with the Australasian Society for Ultrasound in Medicine (ASUM) for a certificate course in Early Detection of Rheumatic Heart Disease. “The training will be done on handheld devices such as the GE Healthcare Vscan Extend,” says Kaethner. “These devices are affordable, easy to use and perform echocardiograms with good 2D images and good color flow, which is what we need to pick up rheumatic heart disease. The advancement of the Vscan technology is going to help us get echocardiography into these communities, where it’s most needed.”

Earlier this year, they began a small pilot program in East Timor, where they have trained doctors and nurses to perform echocardiograms using the handheld devices and uploading the images to the Tricefy ultrasound cloud. 'Specialists from locations across Australia and East Timor can see the images in close to real-time and meet weekly for case discussions. “Kids are already getting treatment in East Timor based on this work,” he says.

In Australia, a pilot project for the training will commence in October, connected to NEARER SCAN, a research project targeting finding RHD in children and pregnant women in high-risk communities. Alex Kaethner says having people on the ground who can explain the issues and the procedures in language to people is “huge”, as is being able to perform the scans in the communities.

“Until recently, these kids would have to fly to Darwin or another major city for scans,” he says. “Some have had relatives with advanced RHD who have also flown out for this test and unfortunately never returned, so that’s horrific for these kids. We are aiming to make it more relatable and less scary. I’m biased in my interest in cardiac ultrasound because I’m a sonographer, but having accessible ultrasound is not just about diagnosis, it’s about education and awareness. The kids and parents get to see what the heart looks like on an ultrasound screen and understand how quick and easy it is to have the scan. That is already making a huge difference.”

As she prepared to set off on the Deadly Heart Trek, Dr. Remenyi knew she would be again warmly welcomed by the communities and working with a lot of excited kids. “So many kids line up – they really want to get their hearts checked.”