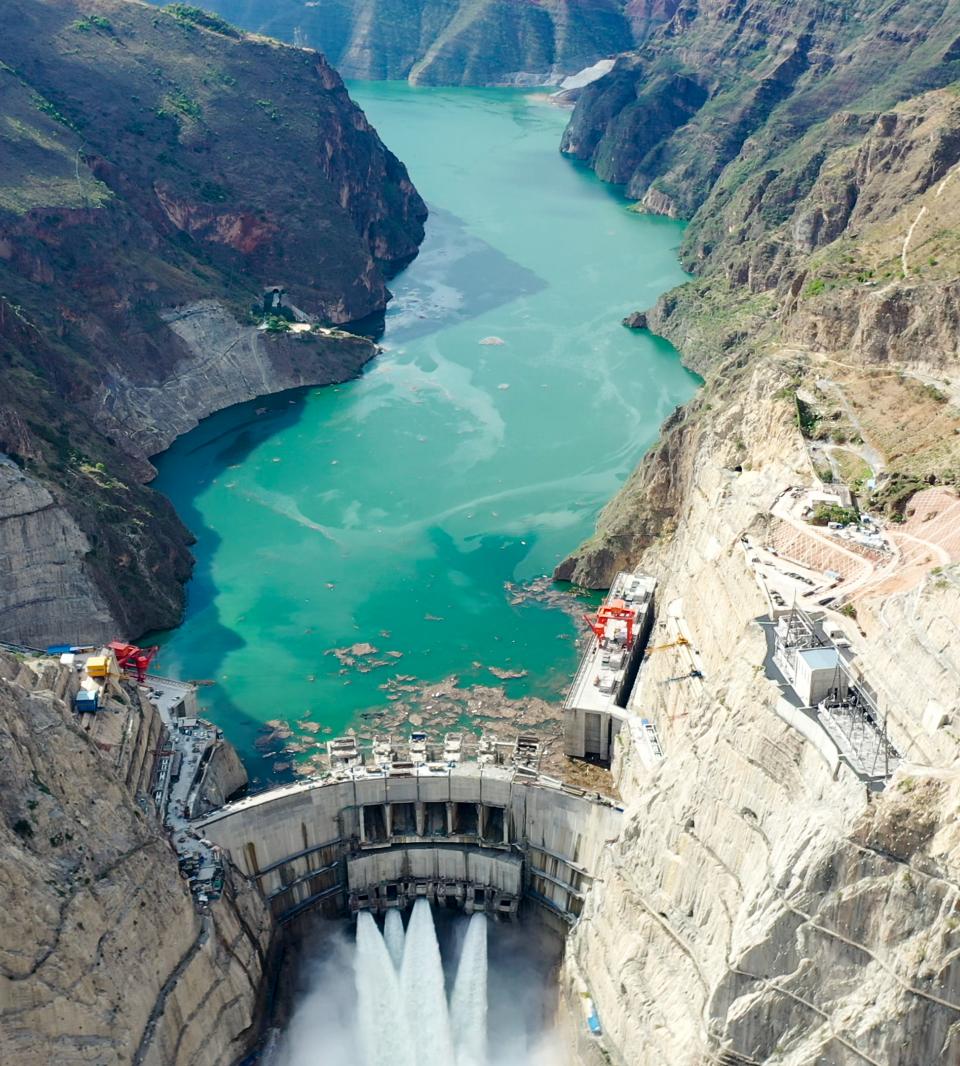 Late last year, Richard Zheng watched as a mammoth crane lowered one of the world’s biggest generator rotors toward what seemed like a very small hole at the bottom of one of the world’s largest dams. The rotor had taken Zheng and his colleagues years to design and build to exacting specifications. Now this 1,900-metric-ton steel wheel had to be placed inside a ring with a gap of just 40 millimeters — about the diameter of a half-dollar coin. An accidental bump would certainly destroy the rotor, and possibly damage the crane and the concrete shell of China’s new Wudongde dam.

For Zheng, general manager of GE Hydro China, the tense minutes measured off the most stressful technical challenge in a quest to deliver one of the most powerful hydropower units ever made. But it was far from the only one.

As the site is in the middle of a mountain with no large flat ground available, the mountain was hollowed out in a manner that the turbine’s heavy runners could be built on-site. To meet demands for the strength of certain components, Zheng and his team developed a new type of steel with a local mill. The need for ultraprecise tolerances led them to create new laser-based measuring and inspection tools. They worked through Chinese New Year; they worked — with safety measures in place — through the coronavirus pandemic.

Wudongde is one of China’s new crop of enormous dams. It’s a reminder of the complex engineering that goes into making electricity using powerful rivers as energy sources. Costing $17 billion, the dam rises 240 meters (787 feet) above a remote stretch of the Jinsha River, the upper reaches of the Yangtze, on the mountainous border between Yunnan and Sichuan provinces. GE is building six of the dam’s dozen 850-megawatt turbine-generators. At that rating — estimates David Havard, advanced offering leader at GE Renewable Energy in France — just one such machine is capable of powering the equivalent of 1.8 million typical Chinese homes. 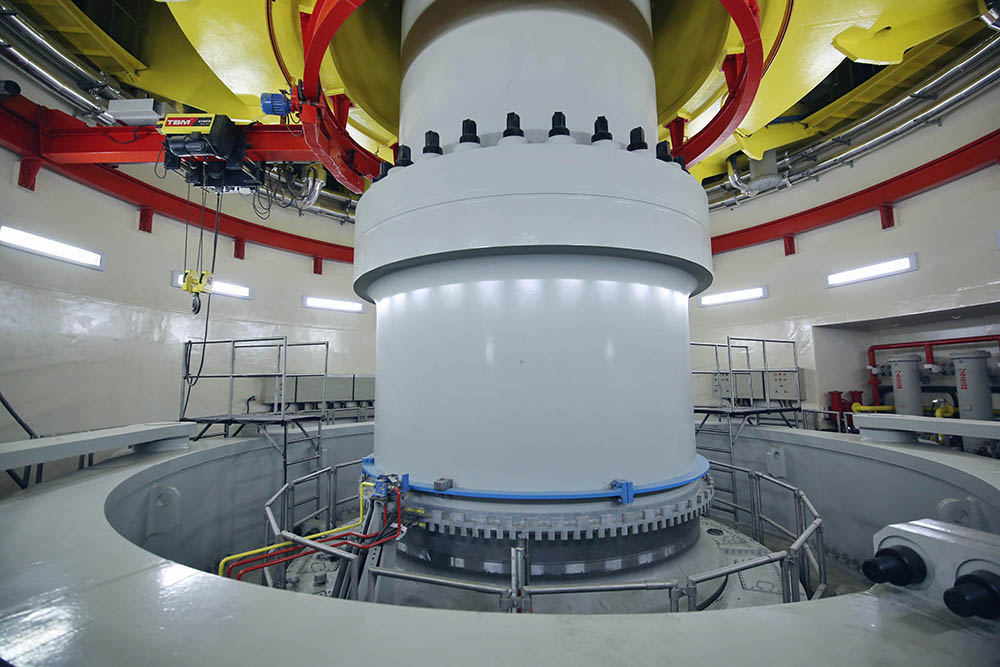 The turbines inside Wudongde use a design originally invented in the mid-19th century by James Francis while he worked at a Massachusetts textile mill. But the scale and standard of efficiency of the latest iteration of his genius would be unrecognizable to Francis. The Wudongde turbines operate at about 96% peak efficiency, the generators at almost 99%, Havard says.

Take the requirement for stronger steel than has been used in turbine construction before. With the equivalent of the Sacramento River flowing through each turbine under pressure 17 times that of the atmosphere, the channels that direct the flow into the runners, or waterwheels, required extreme thicknesses. A higher-strength steel was therefore developed locally: The new metal was so strong that to do the kind of welding needed to ensure components fit together perfectly, workers had to soften it by heating it to 120 degrees Celsius, which made ensuring the tight tolerances on size that much harder. Crews had to practice welding the new steel over 100 times to ensure they knew how to join the pieces together.

“Wudongde created lots of new records for size and weight of components,” Zheng says. But that also meant finding new ways to inspect the parts. Having humans skittering up and down scaffolds to take measurements was impractical — the turbine wheel is around 9 meters wide, the generator rotor almost 18 meters wide. So GE relied on sensors placed on the components themselves and created new laser measurement tools to ensure the tight tolerances — in some cases, less than a millimeter on parts dozens of meters in length.

Wudongde presented logistical challenges as well as engineering ones. With local roads unable to safely handle the heavy waterwheels that turn the generators, the project needed to dig into a nearby mountainside and create a cathedral-sized cave, 50 meters wide and 20 meters high. The cave was turned into an underground factory with ventilation and electrical systems and a staff of 30 workers who spent a year inside to complete the first runner, says Zheng.

All of that work culminated with the giant generator rotor being lifted into place, an operation that required a crane able to lift the equivalent of 30 blue whales driven by an operator with decades of experience. He was helped by a team of spotters who guided the part — moving at about 3.4 meters per minute — into place.

When the generator started spinning in late June, undergoing a series of tests before delivering electricity to China’s grid, it was almost anticlimactic to Zheng, who says he took pride in how quiet the giant machine was.

“To be able to do this kind of machine you need a very good mastery of hydraulics, mechanical and electrical engineering, and manufacturing,” Havard says. “It’s a massive project and an important customer.”