The world stands to benefit if the healthcare industry embraces frugal innovation, the art of stripping away complexity to create lower-cost goods. Emerging economies could gain the most by getting access to more affordable critical equipment.

These days, it seems like there is a “hack” for just about everything. And no, I’m not talking about cyber-security here, I’m referring to the concept that you may see on your Facebook newsfeed from time to time.

Think: using a pants hanger to hold a cookbook or putting a cell phone in a cup to create a makeshift speaker (check out a whole list of them here). They are the little ideas that swarm the internet and make us say: “Huh, why didn’t I think of that?”

And while some of these ideas may seem silly or frivolous, others are quite innovative.

In fact, some are so innovative that they are changing the quality of life for people around the world. And that’s where a new term comes in: frugal innovation.

Frugal innovation is the act of taking the complexity and cost out of a good’s production, making it more accessible to people in areas with limited resources.

A few months back I was reading an article from the Harvard Business Review entitled Four CEOs Who Are Making Frugal Innovation Work. In the article, they defined frugal innovation by giving an example from the French car maker Renault:


In 2004, the French car maker Renault launched Logan, a no-frills sedan priced at €5,000 ($6,000). Initially destined for emerging markets, the low-cost car became a huge hit in Western Europe where, due to the recession, budget-conscious consumers had begun seeking affordable products that deliver greater value for money. Sensing an opportunity, Carlos Ghosn, CEO of the Renault-Nissan Alliance (a strategic partnership between Renault and Nissan), launched the development of a whole new product line of entry-level vehicles under the Dacia brand.

The article goes on to explain how Dacia is now the fastest-growing car brand in Western Europe, representing a significant portion of Renault’s global sales in recent years. These results created a chain reaction in the industry—spurring other big names such as Volkswagen to launch their own low-cost brands.

Renault’s “frugal innovation” represents a huge opportunity for companies across all sectors to create simplified, low-cost products that have a high impact in markets in all regions across the world.

And in my opinion, there is no other industry that is better suited to embrace this trend than the healthcare industry.

A healthy dose of innovation

But as emerging economies around the world continue to see a shift in demographics (think: the rise of the middle class and the increase of aging populations), the demand for affordable and accessible healthcare is becoming stronger than ever.

This creates potential for healthcare companies to tap into new markets in virtually every corner of the globe. But to do this, these companies must find a way to make their products more accessible and affordable.

That’s where frugal innovation comes in.

In healthcare, frugal innovation doesn’t necessarily mean reducing quality or functionality of the products, but rather reimagining them in a more simplified, cost-effective way.

One example comes from a nonprofit called Design That Matters, which developed an innovative solution for treating a devastating disease in rural Asia, Africa and the Caribbean.

According to Design That Matters, global health experts estimate that five to 10 percent of all newborn mortality is due to jaundice, yet the cure is as simple as shining a blue light on the baby’s skin.

Research showed that although this cure for jaundice was simple, the machinery used to treat the disease was often used incorrectly, specifically because overcrowded hospitals were putting multiple babies under a device designed for one infant.

Determined to provide a solution for this problem, Design That Matters created a device that is designed for easy use in rural hospitals with limited resources and inexperienced staff.

The device, called Firefly, is designed to ensure hospitals are only using the phototherapy device on one infant at a time. Not only is it easy to use, it is also cost-effective, energy efficient, portable and durable.

So far, Firefly has been deployed in 21 countries and has helped treat more than 45,000 newborns.

This is just one example of how frugal innovation can be used to reimagine healthcare, making it more accessible to the developing world.

This product was created in 2009 to help keep newborn babies warm in India. At $3,000, the machine is an affordable resource that hospitals use to reduce infant mortality by regulating the infant’s delicate body temperature.

And while the Lullaby Warmer was designed specifically for use in India, the technology has since gained popularity on a global scale.

Today, the product is sold in 80 countries worldwide, including some of the most affluent countries in West Europe.

“Hacks” for a better tomorrow


In a world of continuous innovation and technology, sometimes the simple ideas are the most effective. And while new inventions are being created, existing technologies are also being reimagined to serve a broader purpose.

As the healthcare and tech industry continue to evolve, frugal innovators everywhere are finding more hacks that help solve some of the world’s most complex problems.

From 3D printed prosthetics for landmine victims in Sudan, to cell phone apps that make visiting the doctor easier than ever, frugal innovation is certainly changing the way the world views healthcare.

By creating more products that make the healthcare industry go “huh, why didn’t we think of that?,” frugal innovators worldwide can create a healthier, more accessible tomorrow.

This piece first appeared in Longitudes, the UPS blog devoted to the trends shaping the global economy. 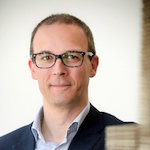 Jan Denecker is Healthcare Marketing Director for UPS Europe, based in Brussels.