It is difficult to comprehend the sheer volume of data in the world, but one man who keeps a running tally is Dr. Mathias Goyen, a diagnostic radiologist. He explains that a single mammogram image of the breast contains more data than the physical phonebook of Berlin, Germany — his home country.

Goyen, who is also GE's chief medical officer in Europe, is a font of incredible statistics. In 2010, the volume of data in the healthcare sector doubled every 3.5 years. Today, it will take only 73 days for the sector’s data to duplicate in volume — so by late March 2020, the industry will be sitting on twice as much data. “It’s mind-blowing,” he says.

There is a good reason that Goyen and his fellow medical professionals are thrilled by that data explosion. They are increasingly harnessing artificial intelligence (AI), or brilliant computer algorithms that glean insights and efficiencies from those reams of data. Goyen is especially excited that AI is freeing up doctors to spend more time on sophisticated patient care. “That’s why we say it (AI) has made medicine ‘human’ again,” he says.

Goyen was one of the advisers on a study published by MIT Technology Review Insights with GE Healthcare last month, which reports that the healthcare industry is already feeling the positive effects of AI. Nearly half (45%) of healthcare professionals in the U.S. and U.K. have said that AI is boosting their ability to spend time with and provide care to patients, according to a survey carried out for the report. The survey also showed that six in 10 AI-empowered medical staff expect to spend more time performing procedures instead of administrative work. And nearly seven in 10 professionals are expecting to spend more time collaborating with other staff and across clinical care areas.

Goyen says AI has quickly carved out a niche in the data-rich domain of radiology, whether it is accurately identifying suspicious lesions in the grayscale images from magnetic resonance (MR) scanners, skimming hundreds of X-ray images in minutes to alert radiologists to abnormalities, or issuing early warnings to doctors from a rigorous analysis of blood oxygenation data collected from wearable wireless monitors. 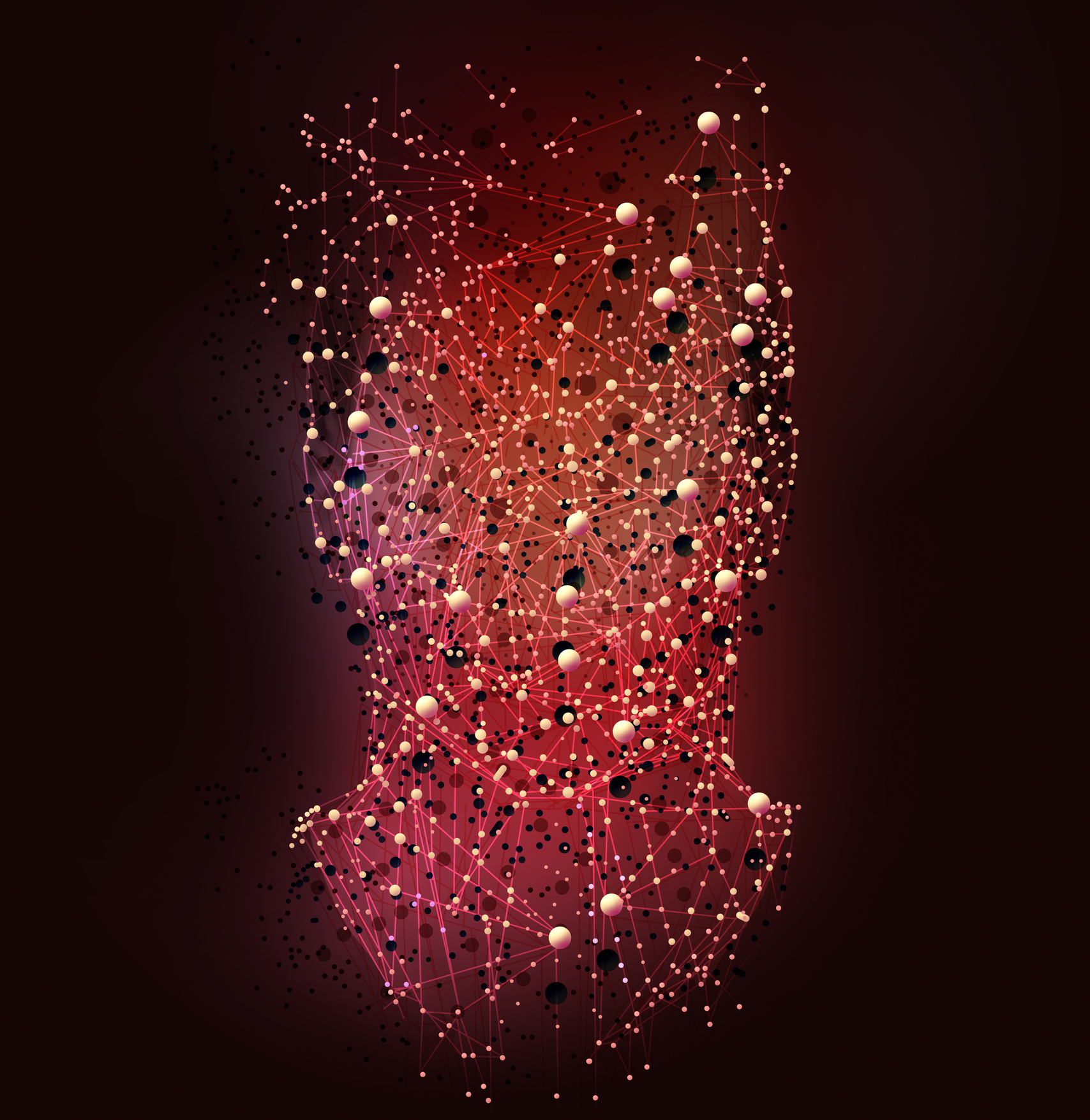 In 2010, the volume of data in the healthcare sector doubled every 3.5 years. Today, it will take only 73 days for the sector’s data to duplicate in volume — so by late March 2020, the industry will be sitting on twice as much data. “It’s mind-blowing,” says GE's Mathias Goyen. Top and above images credit: Getty Images.


These efficiencies bring doctors back to a patient’s bedside. Goyen explains that the radiologist no longer has the burden of sifting through images, meaning they can dedicate more time to vital interventional procedures, such as guiding tiny catheters into the exact area of the patient’s body that requires treatment. Less time in the dark room also means more time available to discuss the patient’s treatment with medical oncologists.

He cites the example of a patient suffering from acute colorectal cancer that has spread to the lung, causing several lung metastases. Unfortunately, the prognosis would not be good in such a scenario, meaning that the patient needs palliative, or pain-easing, treatment. But the radiologist still has a clinical obligation to count and measure the metastases, which is a time-consuming process. Goyen says AI-enhanced computed tomography (CT) scanners use computer algorithms to do the job in 5 seconds rather than 30 minutes, which allows the doctor to focus on patient comfort.

But Goyen is keen to emphasize that the rise of AI in healthcare is not a zero-sum game where technology eventually displaces humans. In fact, he says the sector is critically understaffed. “Globally, we’re about 7 million people short, and by 2035, this will be around 14 million.” Instead, the sector is moving towards a hybrid model where AI complements clinicians. The ability of AI to keep “business as usual” ticking over in the background while the clinician is freed up to do higher value work is similar to autopilot, the systems that fly aircraft without constant manual control from pilots. “Autopilot hasn’t replaced human pilots; it’s just expanded their capabilities,” says Goyen. “It’s the same with healthcare.”

The AI-enabled boost to a clinic’s basic capacity saves more than a doctor’s time; it saves patients’ lives. For example, a radiologist who works the night shift and provides critical care to a trauma patient may not have time to scrutinize X-ray images of the lungs while they work to save the patient’s life, Goyen says. They may risk missing a pneumothorax, or a collapsed lung. AI-enhanced X-ray technology can analyze images and accurately identify a pneumothorax in just a few seconds, which alerts the radiologist to insert a chest tube, he says. 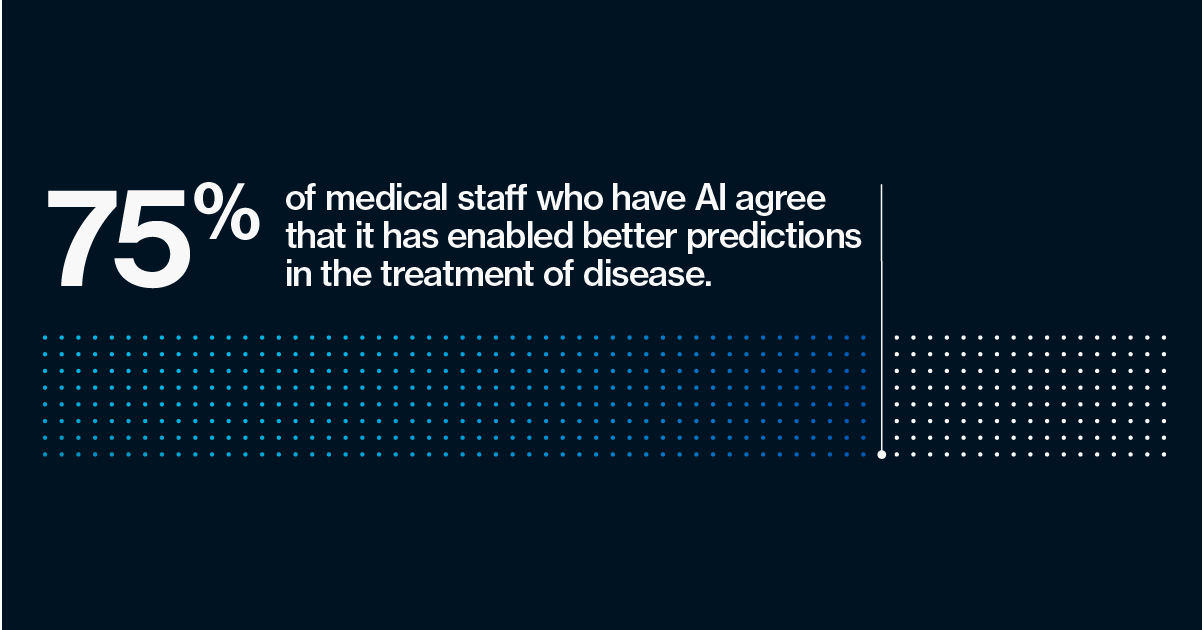 
In such a case, the chances of patient survival are higher precisely because the AI-empowered radiologist can divide and conquer: They have outsourced the time-consuming labor of poring over images to an algorithm, which allows them to focus on other lifesaving treatment. That is a wise decision because there is no way that any human doctor has the time or processing capacity to analyze the sheer volume of raw data that is churned out by modern medicine.

Back to that data-rich mammogram image. An algorithm can zero in on telltale patterns in the grayscale of the image much faster than even the most eagle-eyed radiologist because it can see 256 shades of gray — the human eye can only make out approximately 30 shades. “It’s not a case of AI outperforming the radiologist,” says Goyen. “It is just allowing them to be better.” Health professionals using AI applications appear to agree: Three-quarters reported that AI allows for better predictions in the treatment of disease, according to the survey.

AI does not just tweak the subtle differences in image pixels: It can also see the bigger picture. The technology is streamlining the workflow of entire departments and hospitals, Goyen says, including machine learning (ML)-powered “command centers’” that generate real-time, 24/7 insights about the hundreds of beds and patients on a hospital’s wards. Those insights allow staff to prioritize precious hospital beds for the neediest patients, make faster decisions about care and allocate resources more efficiently.

AI also can reduce that particular radiologist bugaboo: patient no-shows. “It factors in everything: such as the weather and traffic jams,” Goyen says. “It lowers the no-show rate and saves money.” Nearly eight in 10 medical professionals told the survey that such AI deployments have already created workflow improvements, while 80% believe it is already helping or will help them improve revenues.

“It’s heartening to see not just that the effect of AI is already here, but that this effect may be helping healthcare professionals of all kinds do their jobs the way they’ve always wanted to,” says Kieran Murphy, president and CEO of GE Healthcare. “For those who dedicate their careers to this business of keeping and making people healthy, they deserve for that to be the case.”