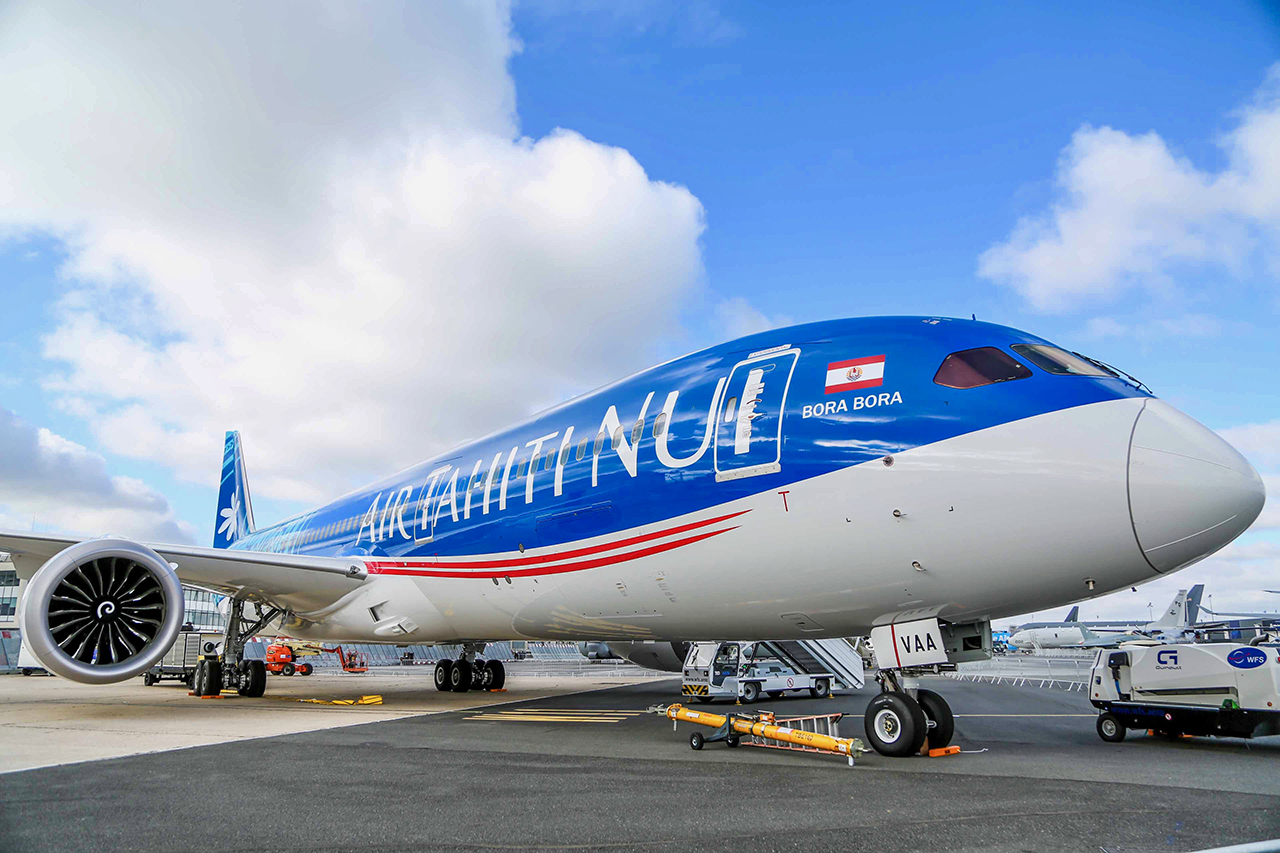 It took the painter Paul Gauguin 63 days to reach Tahiti from France in the 1890s. In mid-March, travelers flying on an Air Tahiti Nui jet in the reverse direction covered the distance in just under 16 hours, a new world record. The feat didn’t happen despite the coronavirus pandemic — it was because of it. With the outbreak of COVID-19, a group of French nationals on the South Pacific island found themselves unable to get home: Normally the Tahiti-to-Paris flight stops to refuel in Los Angeles, but because of international travel bans, LAX was a no-go. Luckily the carrier had just the equipment to ferry those travelers back to France in a single 9,765-air-mile hop: a Boeing 787-9 Dreamliner with GEnx engines. Landing in Paris 15 hours and 45 minutes after takeoff, the voyage set a record for the longest nonstop flight with paying passengers.

Homeward bound: The flight — which took advantage of the Dreamliner’s extended-range capacity as well as some beneficial tailwinds — wasn’t the first record-setter in recent memory to be powered by GE Aviation’s GEnx engines, though. The Australian carrier Qantas has flown even further in a series of experimental flights designed to test the effects on travelers of ultra-long-haul aviation. Made in part with advanced composite components, the GEnx engine offers up to 15% improved fuel-efficiency and 15% less carbon dioxide emissions compared to its GE predecessor, the CF6. More than 2,000 of the engines are in service today for 60 GE customers, including Air Tahiti Nui.

The most powerful jet engine ever built roared into the skies over Washington state on April 30, as Boeing conducted a test flight of the plane that the engine powers: the new 777X. The second 777X to be tested by the plane-maker — the first took off in January — the plane cruised for 2 hours and 58 minutes before landing at Seattle’s Boeing Field. The Boeing 777X is the world’s largest and most efficient twin-engine jet. One GE Aviation GE9X engine under each of the plane’s wings is capable of supplying 134,000 pounds of thrust. The GE9X’s front fan stretches a whopping 11 feet in diameter — as wide as the body of an entire Boeing 737. But a record-setting engine isn’t the only GE technology the 777X relies on.

Brains as well as brawn: With the 777X, GE has also undertaken the largest installation of systems content that it has ever accomplished on a commercial aircraft, including the plane’s common core system. A bit like an airplane’s central nervous system and brain, the CCS hosts the airplane’s avionics, such as computers, networks and interfacing electronics. GE has also worked closely with Boeing as the provider of the 777X’s electrical load management system, backup generator and backup converter. To date, GE Aviation has received orders for more than 700 GE9X engines.

There are some natural resources that Algeria is blessed with — such as oil and natural gas — and others it isn’t: namely, water. It’s essential that the North African country’s water distribution system stays in good working order, especially now, during the COVID-19 pandemic. But when it comes to the Beni-Haroun raw water pumping station — which 15% of the Algerian population relies on for their drinking water — the country should be able to rest easy. A skeleton crew of 23 workers has isolated themselves there since March 21, making sure that water in their corner of the system keeps running.

Keeping the taps open: GE Renewable Energy, which oversees operations and maintenance at Beni-Haroun, moved quickly in March to shut the station to the outside world. Of 48 people who normally work at the site, 23 volunteered to stay on. Some longtime veterans of the water-supply business, they’re ensuring that this vital piece of infrastructure remains in fighting trim. Just downriver from the Beni-Haroun dam, the pumping station delivers not just drinking water but — in the hot, dry summer months — water for irrigation for wheat, olive and vegetable crops. “So far, everything is running smoothly,” says Fodhil Charef, a project manager at GE Renewable Energy. He and his colleagues are living and working together comfortably on-site for now, though — like all of us — they’re eagerly awaiting a return to normal.

“In mid-March, we saw what was happening in Europe, and we took action.”