Australia’s nearest neighbour Papua New Guinea spreads approximately 462,840 sq km (178-thousand sq miles) and is one of the most culturally diverse countries in the world with more than 800 languages spoken among more than 8 million inhabitants.

The country’s geography is equally diverse with extremely rugged conditions in some areas that offer limited or no infrastructure, which can present a serious challenge in a medical emergency. 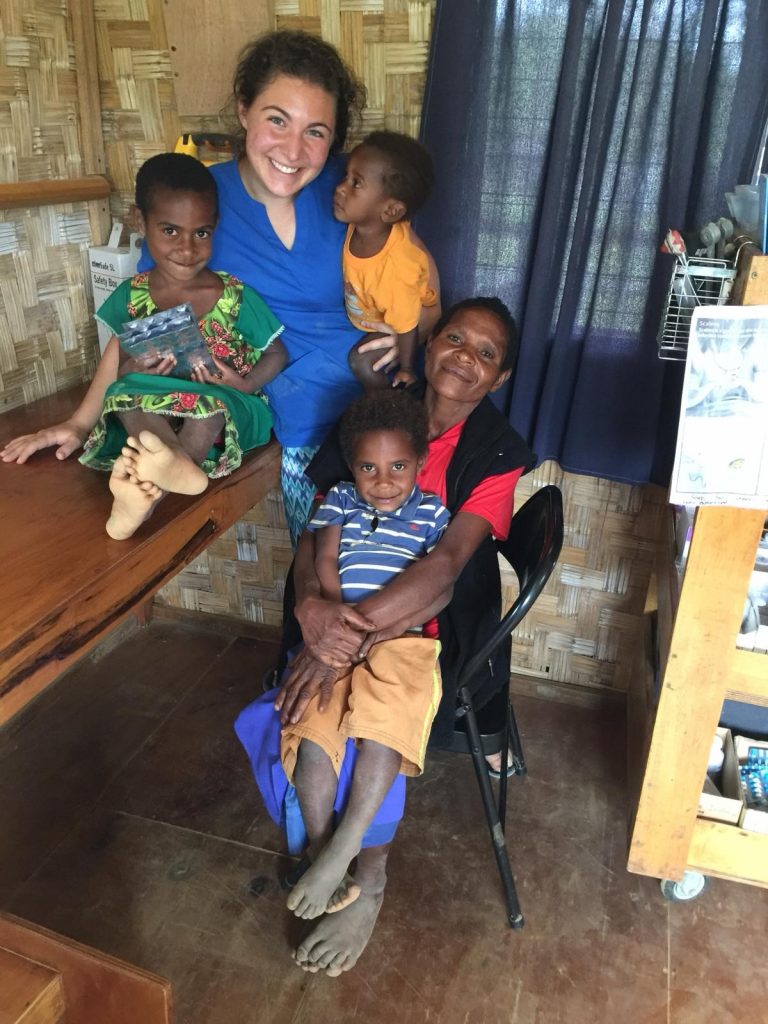 She was surrounded by beautiful mountains and landscape, but with no roads or vehicles in sight. Modern transportation is so foreign to the Kimea people who occupy this area that all travel is measured in terms of walking time. “The closest hospital is a three-day walk from where we were based,” says Bell.

Bell supported an outpatient center that offered basic healthcare services, including prenatal care, vaccinations, and programs to combat malnutrition and tuberculosis (PNG has one of the highest rates of TB in the world). 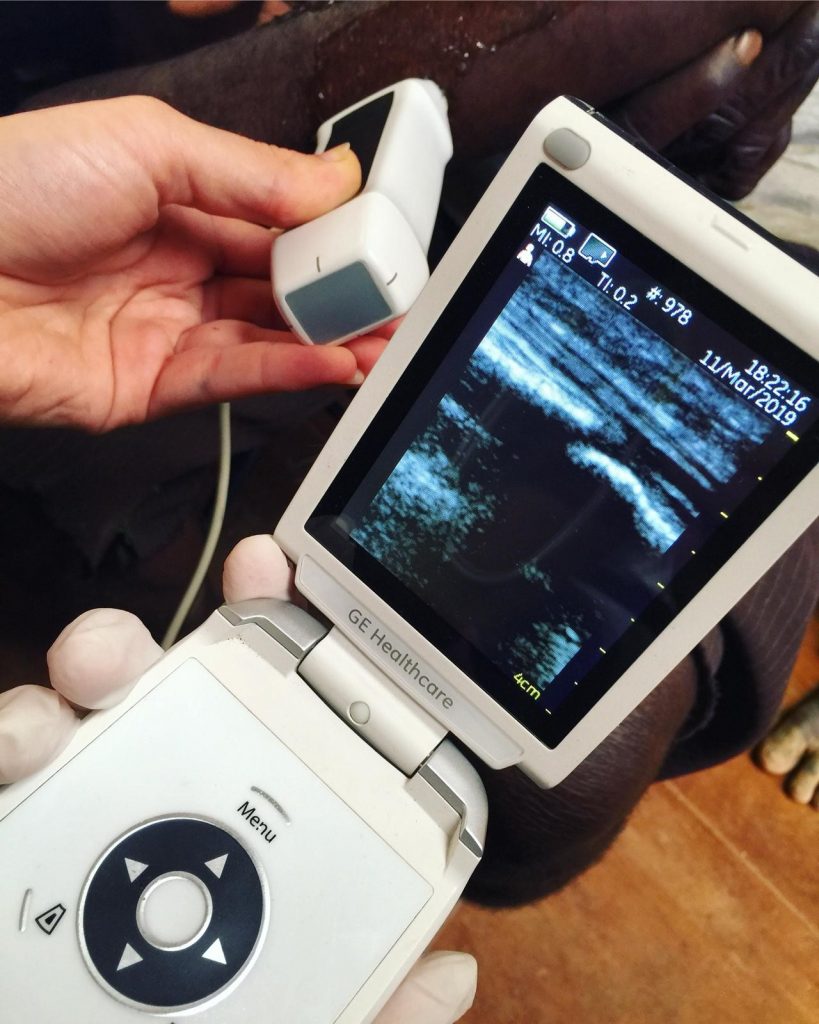 The clinic lacked advanced medical-imaging technology, except for a handheld ultrasound called Vscan™ with Dual Probe. The device can fit in a pocket, and easily be recharged for continual use, an advantage given the rugged and remote landscape.

“The Vscan was particularly helpful for prenatal care,” says Bell. “It can be life changing for some of these expectant mothers, as this may be the only medical care they receive during their entire pregnancy. We can check the baby’s position and rule out common  complications.”

Most of the women they saw would eventually deliver in their homes without any support from a medical team. Tragically , PNG has one of the highest infant and mortality rates in the world. “Most parents don’t give their baby a name until they’re about one year old because they don’t know if they’re going to survive,” says Bell.

One particular case left an indelible impression on her. 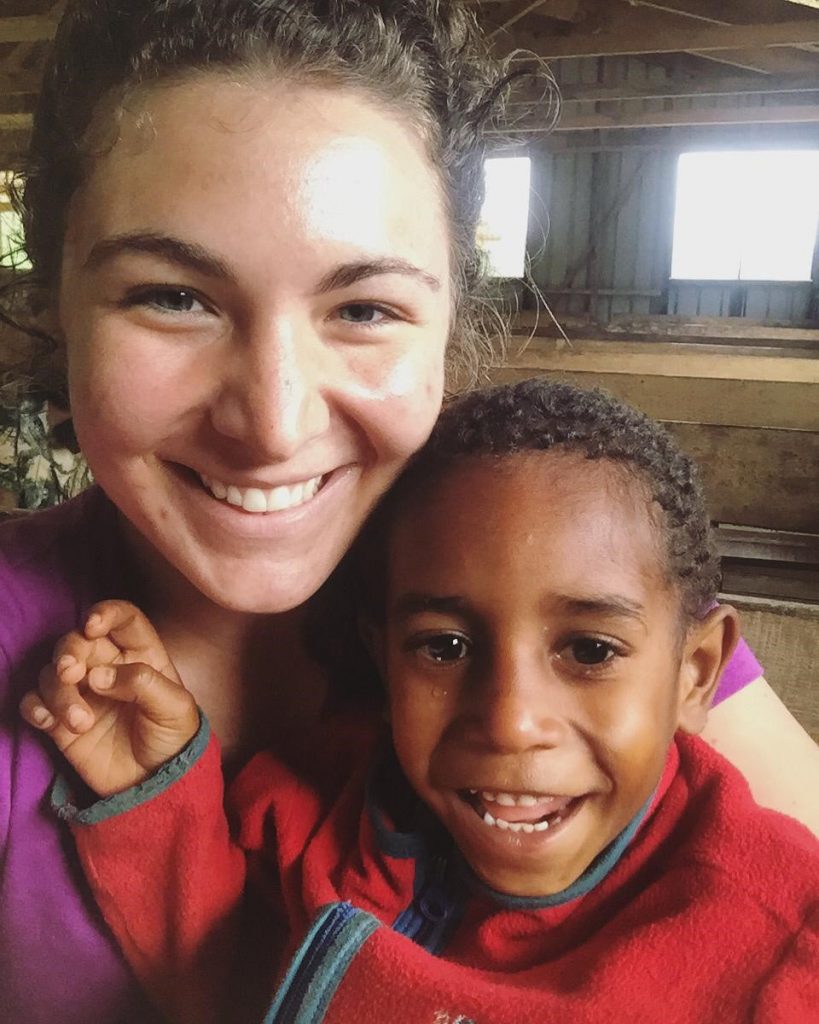 Yaniamo, a local resident, had gone through nine pregnancies, twice with twins, but had only six living children. She was pregnant again when her water broke unexpectedly. Concerned about any possible complications, she decided to seek medical care, a two-day hike from where she lived.

Equipped with enough food for the trip, Yaniamo traveled with her husband and two of their children to the clinic. The team immediately performed an ultrasound with the Vscan, and found that her baby was transverse, making a natural delivery out of the question. For the next five days, she kept coming back for an ultrasound to check on the baby’s position, but the baby had not budged.

They discussed traveling to Kerema, a coastal town with a hospital that could perform a C-section, but there were concerns about travel and budget. Over the next few hours, more than five physicians were consulted in four different countries for possible treatments. The team managed to coordinate a helicopter ride to transport Yaniamo and her husband to Kerema’s hospital. This couple who had never even seen a car, was now sitting in a helicopter.  The surgery was successful and ended up saving Yaniamo’s life.