Everything Is Illuminated: This Mile-High Marvel Is Keeping The Lights On In India’s Frozen North

Not so long ago, large parts of India used to be dark in satellite pictures of Earth at night. But now they twinkle with hope. In fact, the Asian country’s rapid electrification is one of the greatest development stories ever told, with around 500 million Indians gaining access to power since 2000. Most people no longer need to rise at dawn or eat by candlelight.

But tough work lies ahead. Around 15 percent of Indians — some 200 million people — still have no access to a power grid, and connecting them may be the hardest part of the job. That’s because many of the remaining Indians without power live in hard-to-reach areas, such as the country’s mountainous north.

There is hope for India’s cloud-dwellers, thanks to the work of people like Shailesh Mishra and his GE Grid Solutions team, which has powered up several remote areas of South Asia. Mishra’s business unit just scored another success in Baramulla, a district in the Indian state of Jammu and Kashmir, which is similar in size to the United Kingdom.

The substation itself, in the village of Magam, is no different from the hundreds of similar facilities that GE has built across India: a standard configuration of circuit breakers, transformers and switchgears that stick out of the ground like giant cattle prods. The substation will step down the electricity that flows in the Kashmir Valley’s high-voltage transmission cables to the region’s power distributors. Those distributors will further step down the power into electricity that comes out of Kashmiri wall sockets.

But the location of this substation is far from ordinary. It’s over a mile high — around 5,600 feet in altitude — in the Himalayas, the world’s tallest mountain range, which separates the Great Plains of northern India from Central Asia. In warmer weather, the Kashmir Valley region is a picture-perfect pastoral scene of gentle blue skies, lush green meadows and shady apple orchards. But it’s an unforgiving place in wintry months, when temperatures plunge well below zero degrees Celsius, and snow and hail buffet the hills.

This makes for suboptimal building conditions. “This substation is unique,” Mishra said. “It’s the first time GE has built one with such harsh weather and freezing temperatures.” 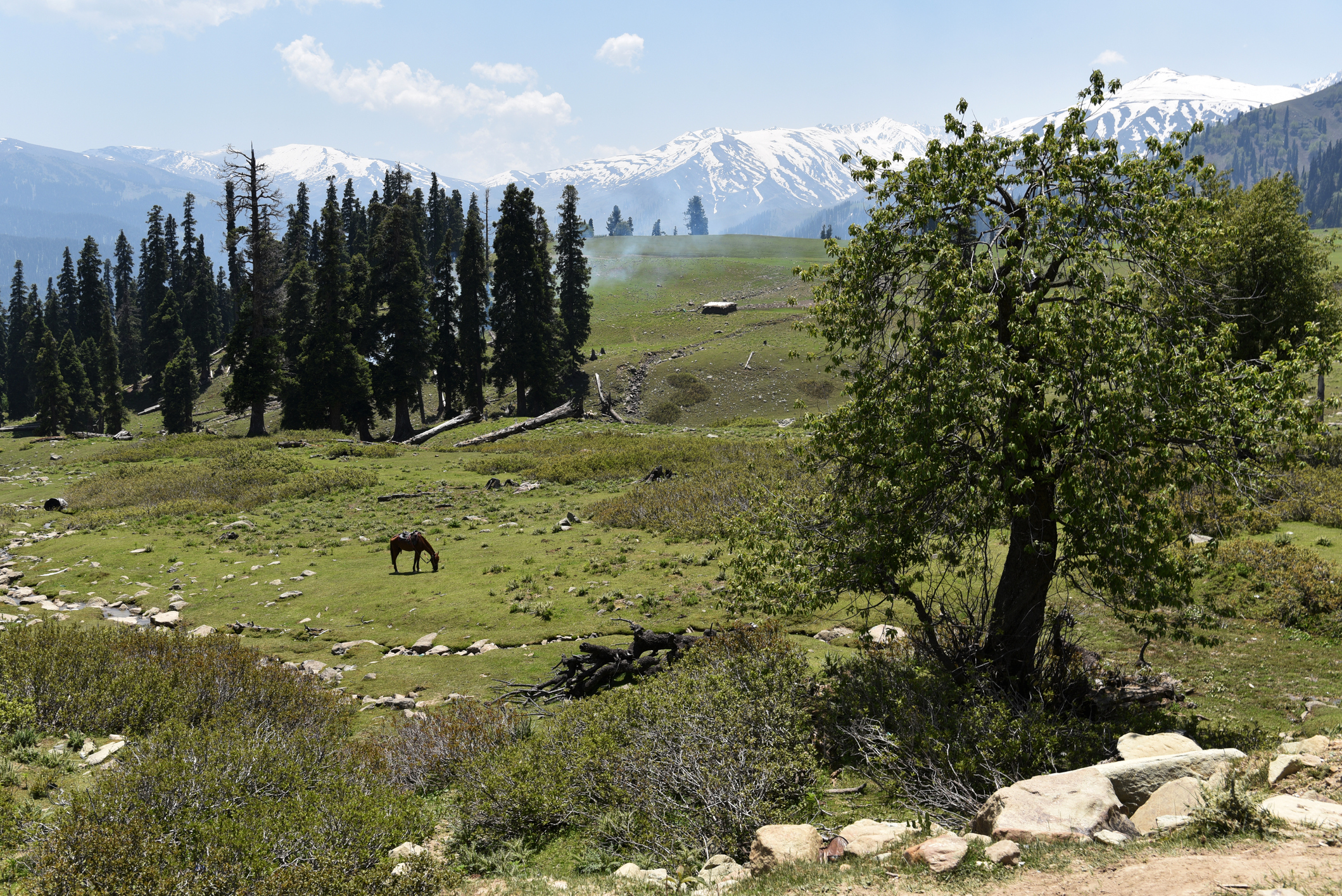 
Project managers deployed considerable logistical skill to beat the elements. Engineers opted to build the substation during the summer and autumn, when local temperatures are a relatively balmy 5 to 10 degrees Celsius. “We had a three- to four-month window to do all the civil works, lay the foundations, bring in equipment, and build and commission the project,” Mishra said.

The shipping of heavy equipment such as the substation’s giant transformers over the bumpy, winding roads that run through the mountains was a particular challenge. GE used specially designed hydraulic vehicles to negotiate the region’s hairpin bends. Haulers also faced the ever-present threat of landslides that could endanger workers and damage equipment.

“Sometimes the turning radius was up to 220 degrees,” Mishra said. “It was also difficult finding slots with light traffic, so many of our convoys happened at night.”

There were moments of ingenuity along the way. To allow the vehicles hauling the tall transformers to squeak through the Jawahar Tunnel, a crucial link between Jammu and Kashmir and the rest of India, engineers had to dismantle the entire lighting rail illuminating the passageway. “We were left with a small gap of literally millimeters,” Mishra said.

Such logistical masterstrokes have been crucial to electrifying Kashmir. Sterlite Power, which will operate the Magam substation, used helicranes — heavy-lifting helicopters — to winch heavy equipment to sites from the road. The traditional method of delivering goods to off-road areas in the region is via pack mule.

The Magam substation is a crucial part of India’s Northern Region Strengthening Scheme 29 (NRSS 29) project, a network of more than 400 kilometers of transmission lines running through 11 major towns and districts in Jammu and Kashmir. As well as providing those 500,000 people with grid access in time for the winter months, NRSS 29 will boost the state’s power transmission capacity by at least 33 percent.

The transmission capacity bump means that Jammu and Kashmir can import an extra 1 gigawatt of power per day from its neighboring state Punjab. That’s equivalent to the daily consumption of a large Caribbean island. The extra power is vital for the Kashmir Valley region, which typically suffers from blackouts during the winter months, leaving many families shivering in the cold.

This winter, those families will be warm. “The GE team has done a phenomenal job in achieving this feat, particularly given the tight project timeline and rough, mountainous terrain,” said Ved Mani Tiwari, who heads up Sterlite Power.

Mishra and his team are also feeling warm and fuzzy. “We have grown in confidence — we knew our teams were capable of dealing with tough terrain,” he said. “But the best thing was seeing the teams bonding so well and delivering a great project in record time.”