Digging Data: How One GE Scientist Is Exploring A Goldmine Of Untapped Industrial Knowledge 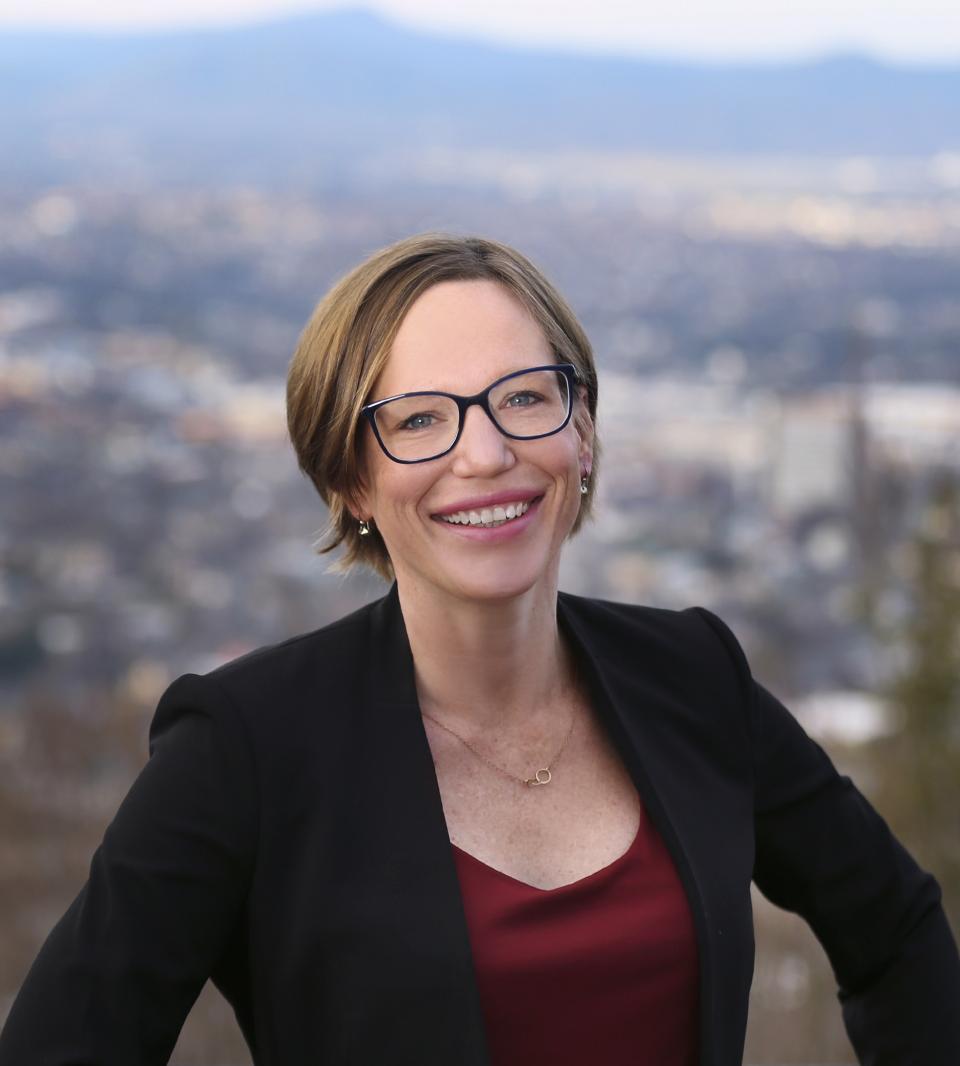 Some people hunt for forgotten treasures at weekend yard sales. For Sarah Lukens, the hunt for hidden riches has become a day job. But Lukens, a data scientist at GE Digital in Roanoke, Virginia, is digging for digital gold. She is devising clever ways to sift through piles of industrial data and human knowledge to extract valuable insights. “The future of analytics and artificial intelligence in industry isn’t AI itself,” she says, “but how the data is used in industries by people and by domain experts.”

In many ways, her work is like making sense of a cryptic language with loose syntax and grammar. That’s because some of the data is “unstructured,” meaning it wasn’t stored in a standard way and meant to be analyzed by a computer. This data can be in the form of a text document, audio, video or a number of other formats. According to some estimates, unstructured data can account for as much as 90% of digital information. “One area of my job involves using templatized solutions — codifying knowledge and algorithms,” Lukens says. “That’s exactly what this is. It’s capturing tacit knowledge of domain experts and digitalizing processes.”

To divine its secrets, Lukens combines natural language processing, machine learning and good old-fashioned statistics to come up with new ways to comb through decades of industrial information and help customers predict when a piece of equipment might need service, for example. “It’s like owning a car,” she says. “In general, everyone’s car will need an oil change at some point.”

But the big question is knowing when. In the past, companies typically serviced machines, including cars, on a set schedule. But what if you knew that you could keep driving for an extra six months before you had to bring it into the shop? That’s where the money is. But it’s also only part of the story. “For using data analytics in industrial manufacturing, the vanilla use cases are reducing maintenance costs and keeping equipment reliable,” she says. “Another use case I’m passionate about is codifying knowledge.” 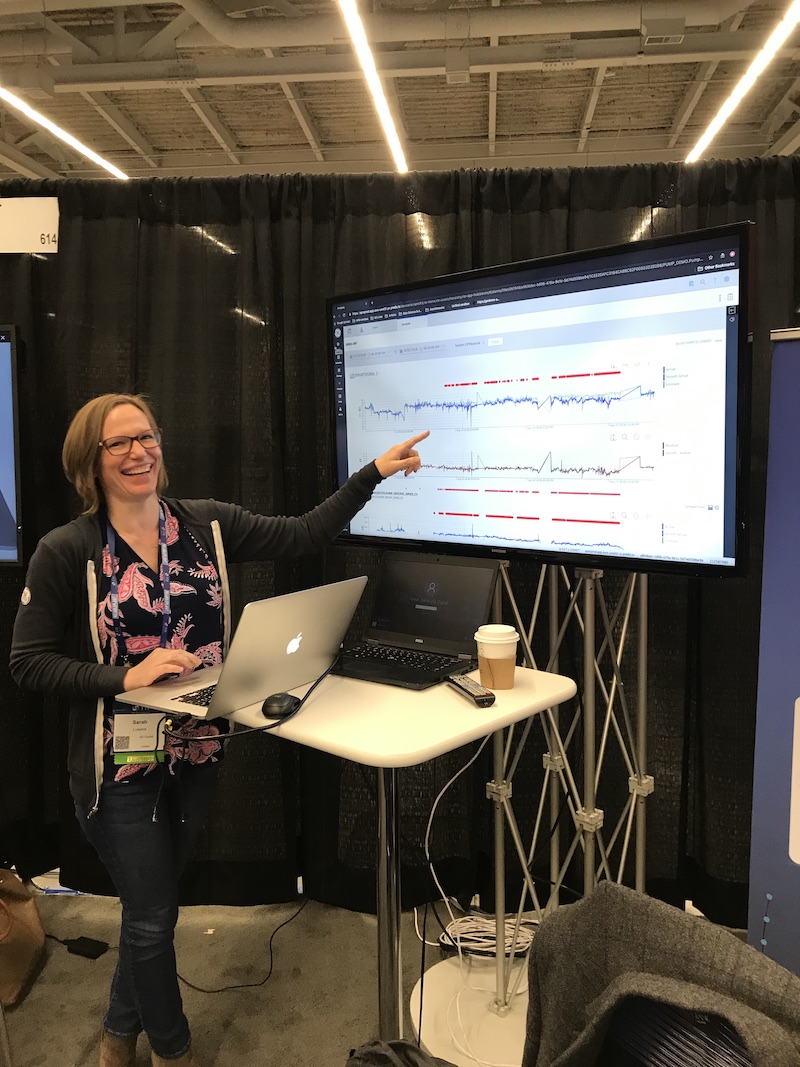 It other words, she is interested in analyzing and making sense of the human experience. One of the ways Lukens has put her passion to work is by capturing the knowledge current employees have so that processes aren’t slowed down or lost when someone gets a new job or retires.

A simple example would be an employee who manually pulls together a regulatory report each month. Lukens will interview them about their process — what sources they used to create the report, how they structured it and wrote in down. Then she’ll create a digital application that can extract data from the person’s notes and the documents they referenced, and assemble it into new reports.

It turns out GE Digital isn’t the only place where Lukens’s work is getting noticed. In April she was named one of 25 leaders transforming manufacturing by SME, a nonprofit industry group for professionals in manufacturing. “It was out of nowhere!” she says. While she’s “very flattered” that an organization beyond GE has taken notice of her work, she notes that she’s always focused on how to better serve customers. “I try to steer the industry in general toward ‘If this tool existed, then we could do all this stuff for customers.’”

Lukens didn’t initially set out to work in the corporate world. She likes to say that she made the jump from postdoctoral research to GE data scientist after a fortuitous meeting in 2014. “I was at a brewery in Roanoke, Virginia, and someone my husband knew saw us and sat down,” she says. “We were talking and he said, ‘My friend needs to hire someone with your skill set.’”

Up until then, Lukens had been working in academia. After earning her PhD in mathematics from Tulane University in 2010, she conducted postdoctoral work at the University of Pittsburgh School of Medicine and at the University of Notre Dame, where she worked on data-driven computational models to forecast infectious disease and control.

Lukens joined Meridium, an asset performance management (APM) software company, shortly after that encounter at the brewery. When GE Digital acquired Meridium in 2016, she joined the team as a data scientist for industrial software development.

“The data we have at GE is amazing,” she says. “I feel like I’m in academic heaven. Every day, I get to play with and explore data that I believe no other company in the world has. It’s an industrial analytics nerd’s dream.”

While Lukens loves exploring GE’s data, she says having interests outside of her field has been vital to her success. She’s an avid mountain biker and a competitive swimmer who carves out time to train at her local YMCA. She spends as much of her free time as possible with her husband and 3-year-old son. And she’s learned a few things by sifting through the data in her own life.

“I think it’s important to be able to turn off and go do stuff that isn’t related to work,” she says. “Don’t totally be a nerd all the time. Have hobbies.”