Wind energy is a powerful tool for shrinking the world’s carbon footprint. Making the machines that convert wind into clean power, however, comes with its own footprint, as is true of any manufacturing industry.

But the plants also generate waste: cuttings of glass fiber, bits of balsa wood, plastic sheets, mesh, and other materials. Disposing of that waste was LM Wind Power’s main source of carbon emissions in 2020, representing 31% of total annual carbon emissions (followed by the transportation of materials such as fiberglass and liquid resin polyester from suppliers to our factories, at 23%).

Being a renewable energy company, LM Wind Power wants to do something about it. The blade manufacturer recently committed to producing zero-waste blades by 2030 by reducing waste, recycling excess materials and ensuring that nothing goes to landfills or to incineration without energy recovery (that is, by burning the waste to generate electricity and/or heat).

It’s an ambitious goal, but the company is building on past experience. In 2016 it set out to become the first carbon-neutral business in the wind industry, and by 2018 it had succeeded. “The feeling back then was very similar. Not everyone understood what it meant, what it would take to succeed and how important it would be for the industry,” says Katelyn Huber, product life-cycle leader in the engineering department at LM Wind Power. 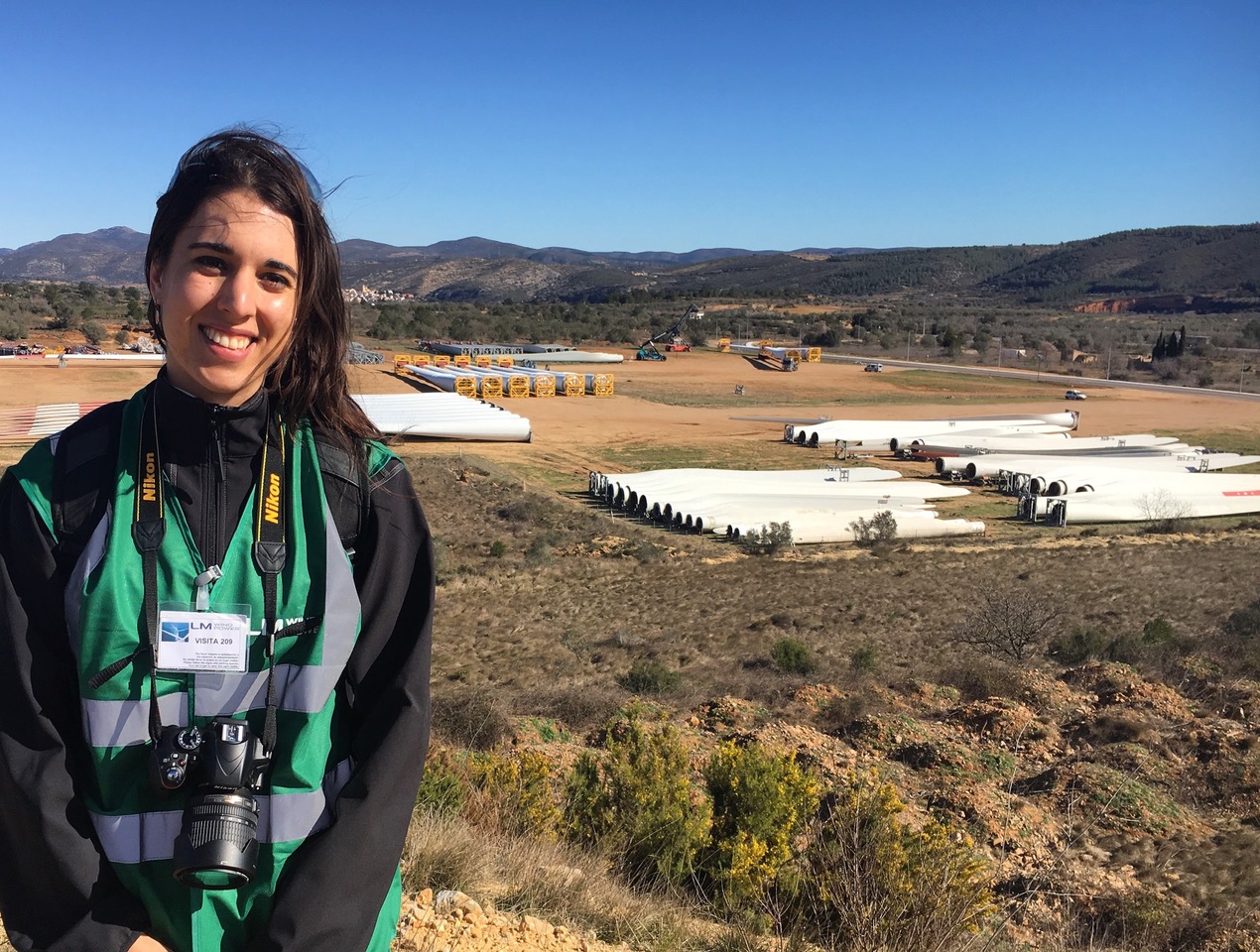 Reducing waste will require a new look at manufacturing steps and collaboration with suppliers. With about 76% of emissions that can be attributed to wind blade production occurring in the supply chain for example, LM Wind Power is already working with its suppliers to optimize deliveries and reduce emissions from transport.

Glass fiber accounts for 15% of all the waste generated during the manufacturing of wind turbine blades. The glass fiber fabrics used for making wind blades comes in large rolls of various sizes. After a blade is completed, some glass fiber is usually left on the roll. If it’s not enough to be useful for the next blade in the production line, or if the next blade requires a roll of a different size, the remainder goes to waste. LM Wind Power is already working with its glass fiber suppliers to deliver the material in “flex rolls” optimized for the sequence of production based on the blade type, instead of standard rolls of glass fiber fabrics all of equal length.

Huber notes that engaging suppliers is vital to meeting the zero-waste goal. When LM Wind Power decided to use PET plastic foam in some blades in place of the balsa wood commonly used for blade cores, its balsa supplier transitioned to providing the material, and together they found that much of the PET could be supplied as recycled PET.

The material now accounts for some 83% of the core material in LM Wind Power’s blades, and almost allof that is recycled. “This is a call for action for suppliers to the wind industry,” says Hanif Mashal, LM Wind Power’s vice president of engineering. “Join us in designing out waste from our value chain.”

For the waste that can’t be eliminated, LM Wind Power is increasing efforts to sort it into color-coded bins for different recycling routes. For some of that waste, there are still no good recycling options, Huber says, either for lack of local infrastructure or cost. But that doesn’t mean the company isn’t taking on the challenge.

Huber is hopeful that LM Wind Power can help stimulate markets for recycled materials. LM Wind Power will work with its partners to develop a circular supply chain eventually, where waste material from blade manufacturing goes back to suppliers or the off-takers and ultimately into new blades or other industries.

“Right now we’re seeing waste as waste,” she says. “We would like to transition to seeing our waste as a resource.”