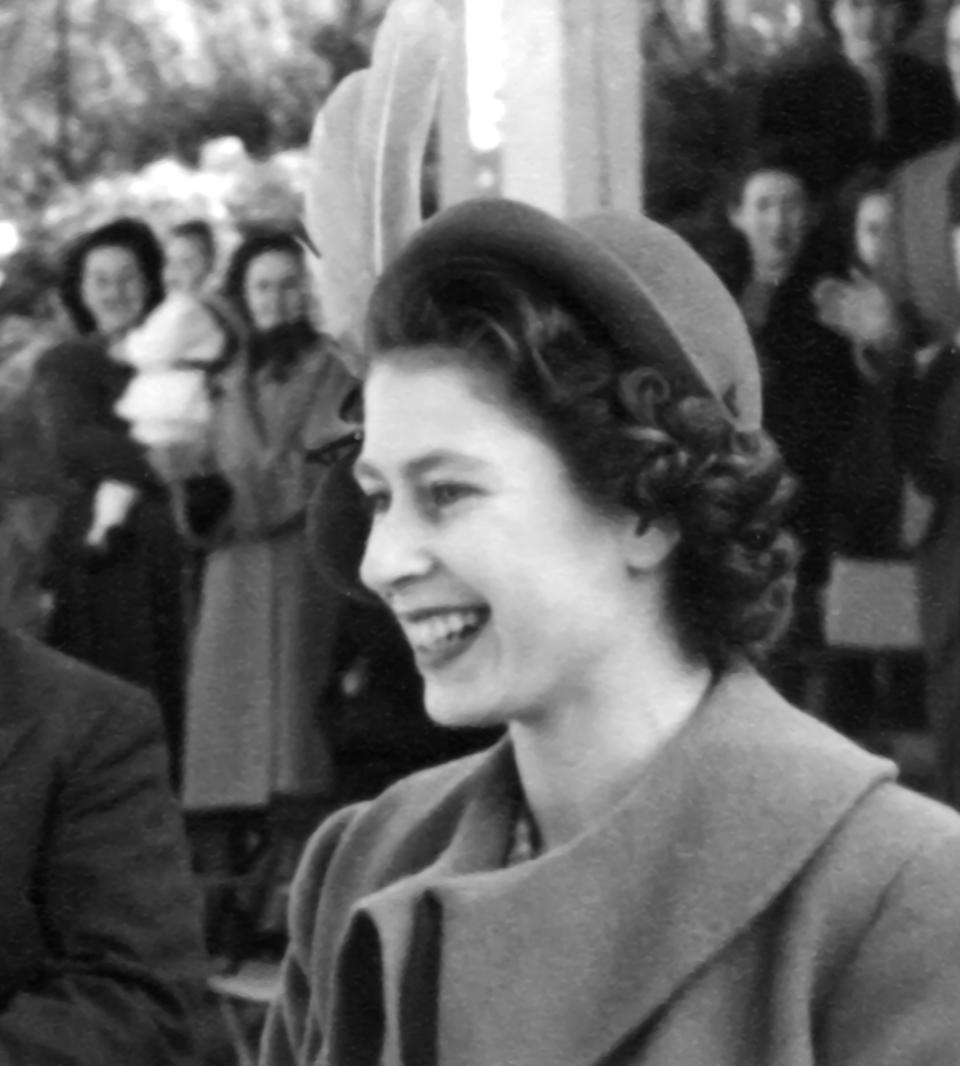 “For 130 years, as long as GE has been a company, we have operated in the UK, and for more than half that time, we have done so while Queen Elizabeth was on the throne,” wrote GE Chairman and CEO Larry Culp on September 8, the day Britain lost Her Majesty Queen Elizabeth II. “Our thoughts remain with our 7,500 employees across the United Kingdom, our suppliers and partners throughout the Commonwealth of Nations — and all who looked up to the Queen — as we navigate the end of an era.”

Culp praised the Queen’s “connection to the people she served and the humility with which she led” — qualities that echo in the reminiscences of other GE employees who crossed paths with her.

Here are a few of the highlights of GE’s encounters over the years with Britain’s longest-reigning monarch.

Five thousand people crowded the streets of Rugby, England, when the Queen and Prince Philip, the Duke of Edinburgh, arrived to tour the Willans Works. For decades a nexus of groundbreaking advancements in motors, engines, and turbines, the facility — then owned by English Electric — is now part of the GE Steam Power network. 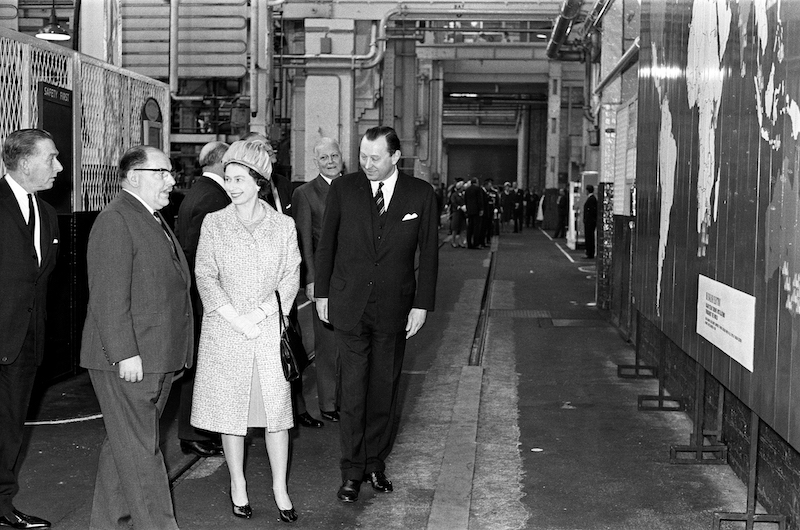 After greeting her hosts under a red-and-white-striped awning, the Queen entered the factory through the training school, where apprentices presented her with a miniature tool kit. Then, “flanked by the foremen in their pristine white overalls,” as one of the apprentices told the Rugby Observer, the Queen made her way down the length of the factory floor, stopping to examine hydroelectric turbine blades and cylinders for a 600-megawatt steam turbine. “Amid the drab environs of the works,” an employee later remarked, “the Queen looked radiant.” 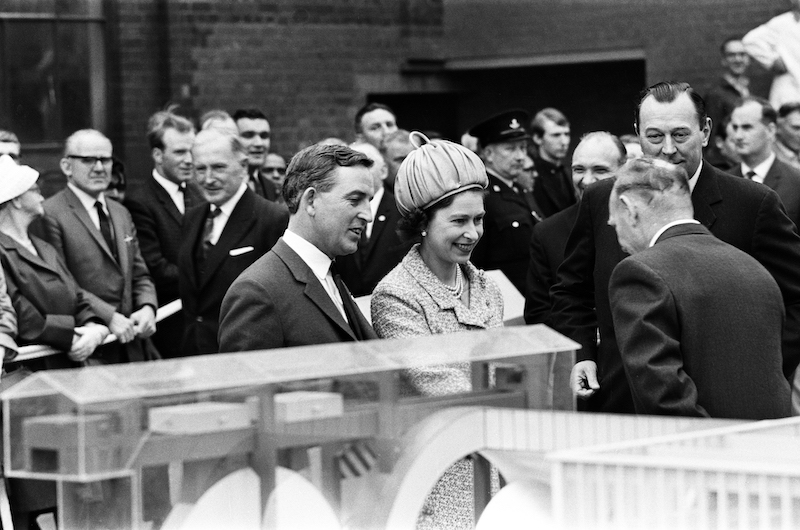 For the grand finale, the foundry workers showed the Queen how they poured molten metal to cast the bedplate for a diesel engine. After taking in the display, she told Lord Nelson, English Electric’s chairman, that the tour had been “a real education.”

It made an even bigger impression on the factory’s staff. “The occasion will be long remembered by those at Rugby Works,” an attendee wrote, “particularly the charm and dignity of the Queen and the evident interest shown by her and the Duke in the people and the products of Rugby Works.”

When GE finished building a gas-fueled power plant with the world’s first steam-cooled gas turbine, it seemed fitting that the Queen should perform its official inauguration, in Wales. So, late one morning in October, she and Prince Philip arrived at the Baglan Bay Power Station, home to what was then the most efficient gas turbine ever built.

While the Duke was impressed by its sheer size — at some 40 feet long and 16 feet in diameter, it was the largest gas turbine in existence at the time — the Queen was more interested in the people who brought the plant to life. “Queen Elizabeth was amazingly humble, wanting to meet the GE team and everyone who worked on the project,” remembers Vic Abate, then GE’s head of engineering for gas power and now chief technology officer and senior vice president. 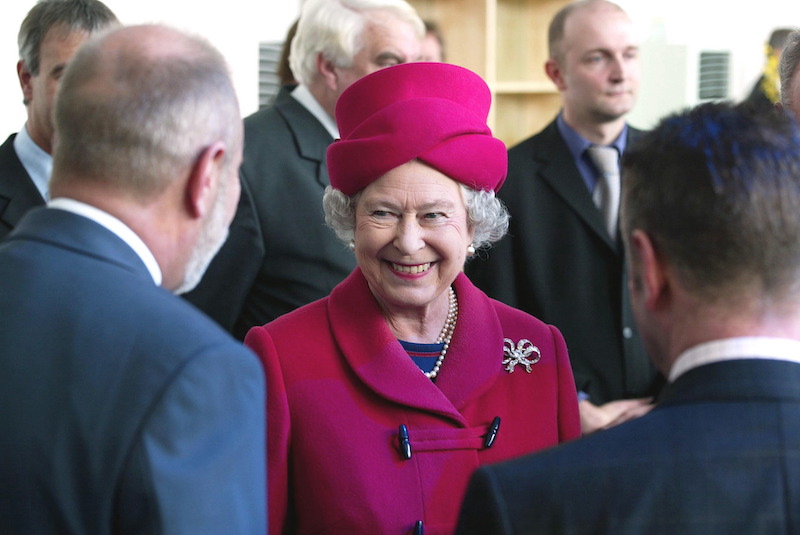 Brian Ray, then managing director for the power station and now a senior executive in GE’s Project Management Office, introduced her to some 200 guests, including local and international GE staff and executives, family members of station workers, and customers. “All the families were able to take pictures with her,” Ray says. “She was genuinely excited to meet everybody. I never got the sense that she was bored.”

After walking the turbine deck, the Queen tucked her pocketbook under a dining chair and sat down for lunch with Ray, Abate, and Mark Little, then GE’s vice president of power generation. Little is from Boston, and the night before, the Red Sox had won their first World Series since 1918. “Mark was excited about it,” Ray remembers. “He asked the Queen, ‘Do you know the Red Sox?’” Her Majesty’s reply: “The Red Sox? What a funny name for a team.” 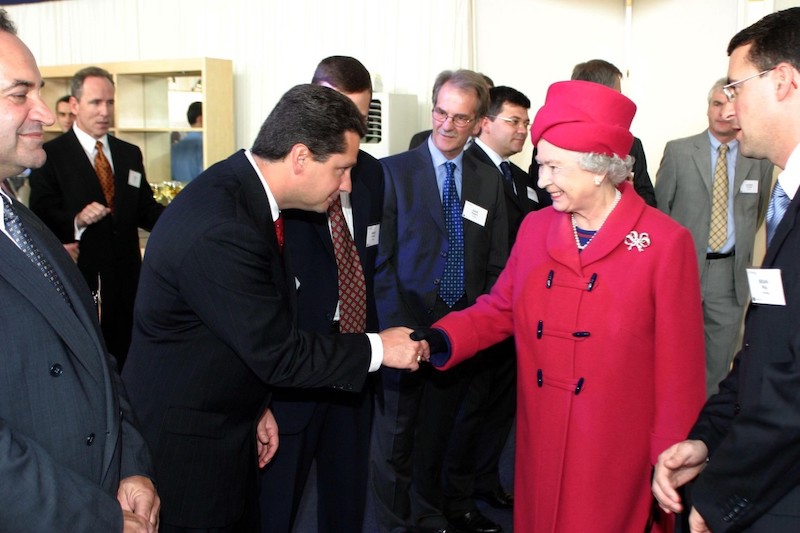 “It was just a regular conversation, like one you would have with anyone you’d just met,” Ray continues. “She was very engaged and interested in our stories, in how we each came to be there that day. To witness that up close, to see her so down-to-earth — so connected to the people — was really incredible.”

In the summer of 2014, the Queen shattered a bottle of Bowmore Surf whisky to launch the Royal Navy’s latest and largest vessel, the HMS Queen Elizabeth. The 65,000-ton steel ship was assembled in Rosyth, Scotland — hence the use of whisky instead of champagne.

It was the first ship in the Royal Navy’s Queen Elizabeth class of aircraft carriers, as well as the world’s first all-electric aircraft carrier, relying on GE-built systems for full electric propulsion, electrical power control, and management. 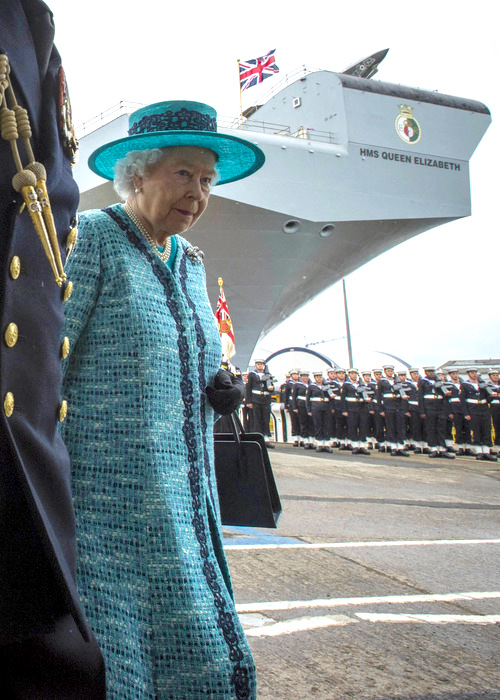 “This Queen Elizabeth is innovative and first of class,” the Queen said. “In sponsoring this new aircraft carrier, I believe that Queen Elizabeth, as flagship for the Royal Navy, will be a source of inspiration and pride for us all.”

The same can certainly be said of the woman who shared its name.