Bring It On: High Winds, A Volcano And A Pandemic Didn’t Stop These Engineers From Getting The Job Done 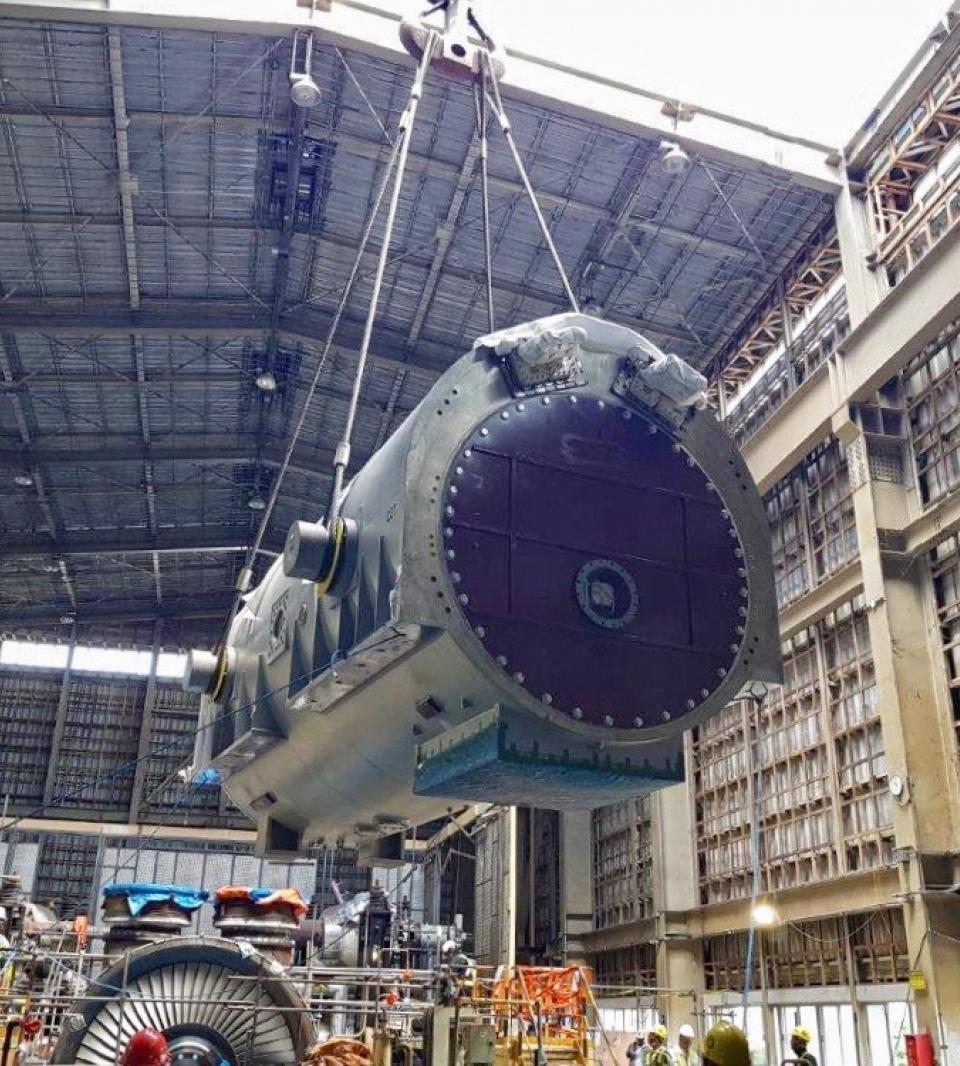 The three GE engineers were all worrying about the same thing: Would the crane and the generator arrive at the same time? Ganesh Potharaju, Guy Stoeckel and Charlie Clement had spent months planning, down to the minute, how to swap out a 30-year-old steam-powered generator for a brand-new one at the Calaca power station on Luzon, the largest and most populous island in the Philippines.

The power plant supplies the national grid, and the operation had to proceed smoothly. As a result, the team’s meticulous planning even took into account the shifting tides at the power station’s dock, where the 180-ton generator would arrive by barge after a monthlong journey from France.

To move the old generator out and the new one in, they’d have to make a big hole in the power station’s roof so a crane could access the turbine hall. But there aren’t many cranes in the Philippines that can safely lift something that big, and the owner of one of the country’s precious few such machines had other customers waiting. He could make it available, but there was no room for delays.

If the generator arrived late from France, the crane would have to be returned — otherwise the trio would incur huge penalties for tardiness. And if the crane wasn’t delivered on time, the window the Calaca station’s owners gave them to interrupt ongoing construction at the plant would pass, leaving the station at half output until another convenient time period opened up.

All of this could be planned for. They couldn’t anticipate, however, the eruption of a nearby volcano, which spewed ash over the site for days. The coronavirus pandemic, which made getting technical experts to the site impossible for weeks, also added to the complexity of the situation. 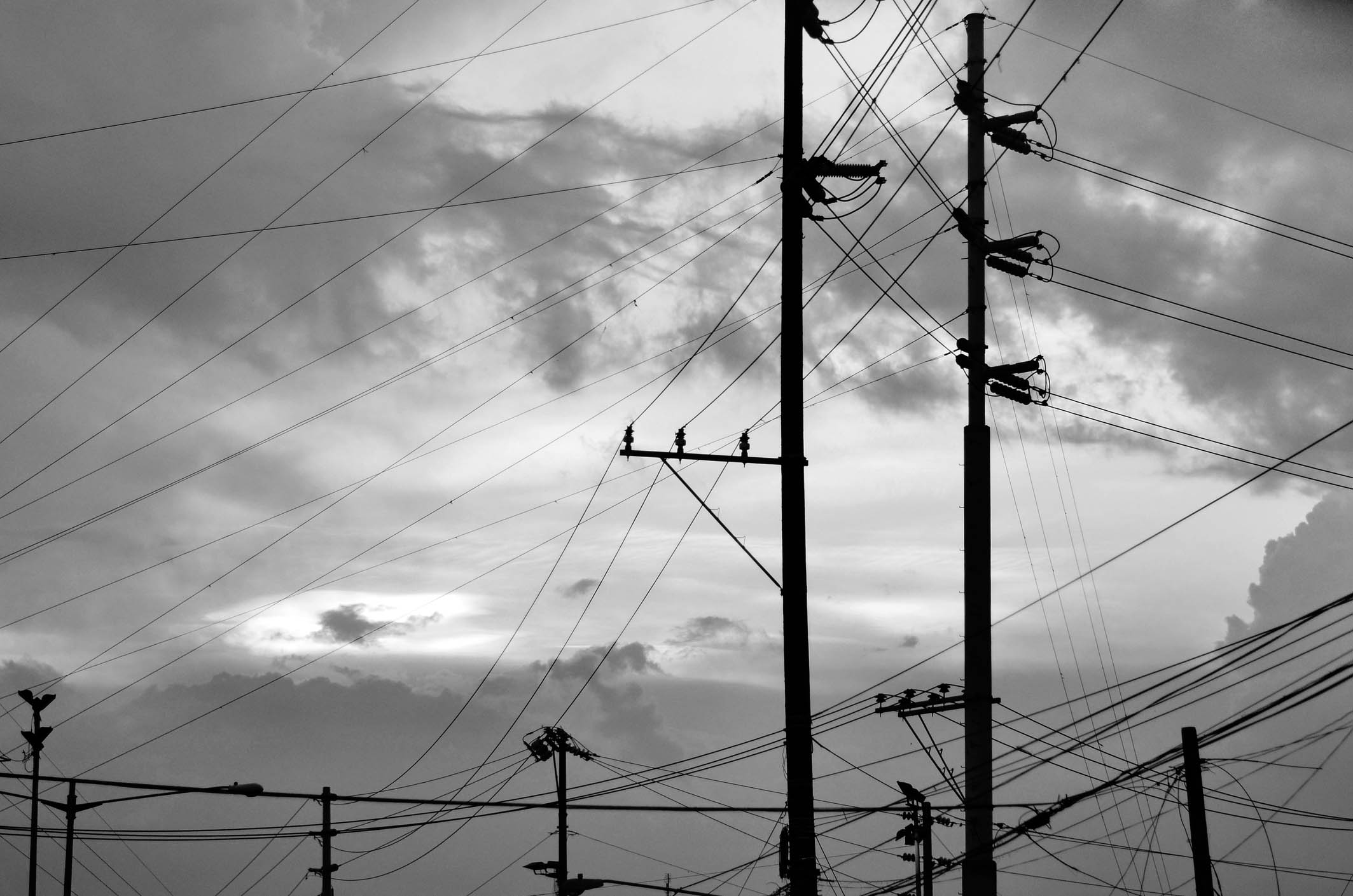 To make it happen, the engineers had to get creative. Fortunately, they had many precedents to draw on, including a similar generator swap over a century ago on the other side of the globe. That’s because building and delivering the complex machines that GE is known for is only half the battle. Installing the equipment that produces the world’s electricity can be just as tricky.

Among GE field engineers, that long-ago example is the stuff of legend. In 1912, Percy Yonge Tumy was working as a field engineer for GE when Jacob Ruppert, a former congressman, future New York Yankees owner and heir to a thriving beer business, asked the company for a new steam turbine-generator at his brewery on Manhattan’s Upper East Side. Tumy quickly realized he faced an almost impossible task. The brewery’s ceiling wasn’t strong enough to lower the new generator into place using chain hoists, the usual method.

The new generator had to be installed pre-assembled. It was just inches shorter and narrower than the space that housed the one it was replacing, so there wasn’t enough room to slide it over logs and lower it into place with a jack — another tactic that had worked in the past. Tumy told the brewery that he’d need more space for the new generator than the old one. The beer magnate Ruppert was irate, recalled Tumy’s son, Robert Tumy, also a GE field engineer, in a book celebrating GE’s field services centennial. “GE told me they could put the turbine-generator in the same place where the generator was in two weeks,” Ruppert raged to Tumy. “Somebody had better do that or heads will roll!”

The solution hit Tumy over dinner as he was ordering ice cream for dessert. He filled the installation cavity with blocks of ice the next day and his team slid the huge generator over the ice into place. As the ice slowly melted, Tumy had his men pump the meltwater out, and the new generator settled into place on its foundation, a day ahead of the deadline. Ruppert, who was one of New York’s richest businessmen, wrote a letter to GE complimenting Tumy on his work. Tumy received a $25 bonus (roughly three weeks’ pay at the time), his son said.

Swapping one generator for another happens more often than once a century, but not much more often. Generators are built to last as long as power plants, so they’re typically installed before the turbines, pipes and electrical apparatuses that keep them running, making it fiendishly difficult to get them out once a plant is up and running. But sometimes it makes sense to go to the trouble.

In this case, the Calaca station’s owners were refurbishing the entire plant to extend its life, so the hydrogen-cooled, 330-megawatt generator needed to be replaced. Guy Stoeckel, the GE Steam Power engineer who oversaw the replacement generator’s construction and installation, compares the new machine to a car — it’s got the same basic design as an older model, but with more modern materials, more available options and better mileage.

It fell to a globe-spanning trio — France-based Stoeckel, Malaysia-based Ganesh Potharaju from GE’s FieldCore division and Charlie Clement, a GE Steam Power leader in Manila — to devise a way. Like Tumy, the three faced similar constraints: There just wasn’t any room in the turbine hall to slide the old generator out and a new one in, even if they cut a hole in the wall, says Potharaju. Because it takes a month to disconnect the old generator and a similar amount of time to hook the new one up, getting the timing of the actual swap right would be tricky, and made harder by the ongoing construction all over the power plant, which limited the time and space available to the GE team.

“The idea is, the moment I’ve got the generator on-site I need to put the generator in the turbine hall,” says Potharaju. “We can’t have any waiting time.”

The solution they came up with was complex. A temporary roof was built, which involved a smaller crane holding beams in place, to keep vital equipment covered while crews disassembled the structure’s permanent roof. Potharaju met the new generator early on a January morning in the port of Batangas, near the power station, and rode with it on a barge to the Calaca station’s dock, where it was gently loaded onto a specialized vehicle to be carried to the crane. It took 20 trucks to transport the crane itself and four days to assemble. A crowd of power plant workers and construction staff gathered to watch it in action. Once high winds died down, the massive crane’s operator expertly hoisted the old generator out and the new one in, each leg taking two hours.

“It’s quite a feat, lifting this huge 180-ton equipment,” Clement says, noting that even family members of the plant’s owners came to watch.

They didn’t get much time to celebrate. Once the new generator was in place, it fell to Stoeckel and his team to properly install and align components and test them, a complex process that usually takes about a month. But the Taal Volcano erupted on Jan. 12 and spent a week snowing ash upon much of central Luzon.

Work halted, and engineers were stranded in their hotels. A month later came the coronavirus, shutting down travel and preventing GE’s technical experts from visiting the site to handle the weekslong process of connecting the generator to the plant’s systems and testing its operations. The team improvised, setting up twice-daily Skype meetings so that workers inside the plant could relay data and findings to experts outside.

“I never posted about any project on Facebook, but this project I posted,” Potharaju recalls, chuckling. “That’s how crazy this project was for me.”

Stoeckel, who has been at Alstom and GE for a combined 47 years, agrees: “This swap was for me a very beautiful challenge to realize in the Philippines. Replacing a generator, it does not happen often.”