Break It To Make It: These Two Women Are Helping Build The Wind Turbines Of The Future

For the last two summers, Claire Stortstrom and Kristen Hanrahan have set up shop for a day in an empty office in downtown New Orleans. The two young GE engineers arrived laden with stacks of sticks, paper, cardboard and glue, and trailed by a throng of 60 middle-school girls eager to learn about their job: building and testing the blades for some of the largest wind turbines on the planet.

With scars inflicted by Hurricane Katrina in 2005 still visible in parts of the city, the girls quietly listened as the women explained how wind power and renewables in general can help fight climate change. But a video featuring a female technician who climbs and repairs giant wind turbines triggered a flurry of questions. “They asked so many,” Stortstrom says. “What happens when it rains? Will the turbines still work? How do you climb the tower and what’s holding the huge blades in place?”

To answer some of these questions, the engineers divided the girls into two groups and tasked them with building and testing pinwheels meant to simulate wind turbines at a smaller scale. The idea was to create a design that would spin in a breeze coming from an office fan. The girls proceeded with cutting, folding, gluing and stapling their wind turbines together. They decorated of some them, and some were a little crude to look at, but no matter. “It’s all in how it spins,” Hanrahan says.

Later in the afternoon, the girls installed their creations in front of the fan. Using an anemometer they brought with them, the women toggled the fan’s speed settings and recorded how much wind each design required to start spinning. “We wanted to relate to the sixth and seventh graders what we do at work in a manner they would understand,” Hanrahan says. “We wanted them to choose their building material wisely, pay attention to how they make their pinwheel and then measure the outcome. If the paper is too stiff, it won’t spin very quickly. If it’s too flexible, the fan is not going to hold wind.”

Some students even added paperclips to the tips of their blades to see which of their designs was most effective at converting wind into mechanical energy by lifting the longest (and heaviest) paperclip chain.  “One girl ended up building three or four pinwheels,” Stortstrom says. “She wanted to stay later and keep building.”

The class was part of a STEM camp for girls organized by Stortstrom and Hanrahan‘s alma mater, Tulane University, and GE’s Women’s Network, a professional development group that helps many of the 70,000 women working at GE advance their careers. It was also a trip back to Stortstrom and Hanrahan‘s own childhoods. Stortstrom hails from a Maryland family of engineers. She remembers trips to the National Building Museum in Washington, D.C., where her dad, a structural engineer, explained the difference between Doric and Ionic columns. Her high school physics teacher helped, too. “She was kind of my role model and a mentor,” she says. Hanrahan says she has “always been a math and science person. I don’t really enjoy blood and guts, so medicine does not suit me well. But engineering just lends itself to the math and science field.”

Today, they both work on a NASA campus in New Orleans where LM Wind Power, the world’s largest designer and manufacturer of wind turbine blades and a unit of GE Renewable Energy, opened a research facility called the Technology Center for the Americas, or TCA. Workers here are developing and testing blades for the next generation of turbines including the Cypress, the world’s largest onshore wind turbine, capable of powering some 5,000 households and sporting a 158-meter, jointed-blade rotor. “This site has an amazing potential,” Stortstrom says. “We are working with all aspects of the process, from materials to design and, eventually, implementation. There’s always going to be some new material, some new business driver to reduce costs and add to this really cool disruptive technology. The possibilities are endless here.” 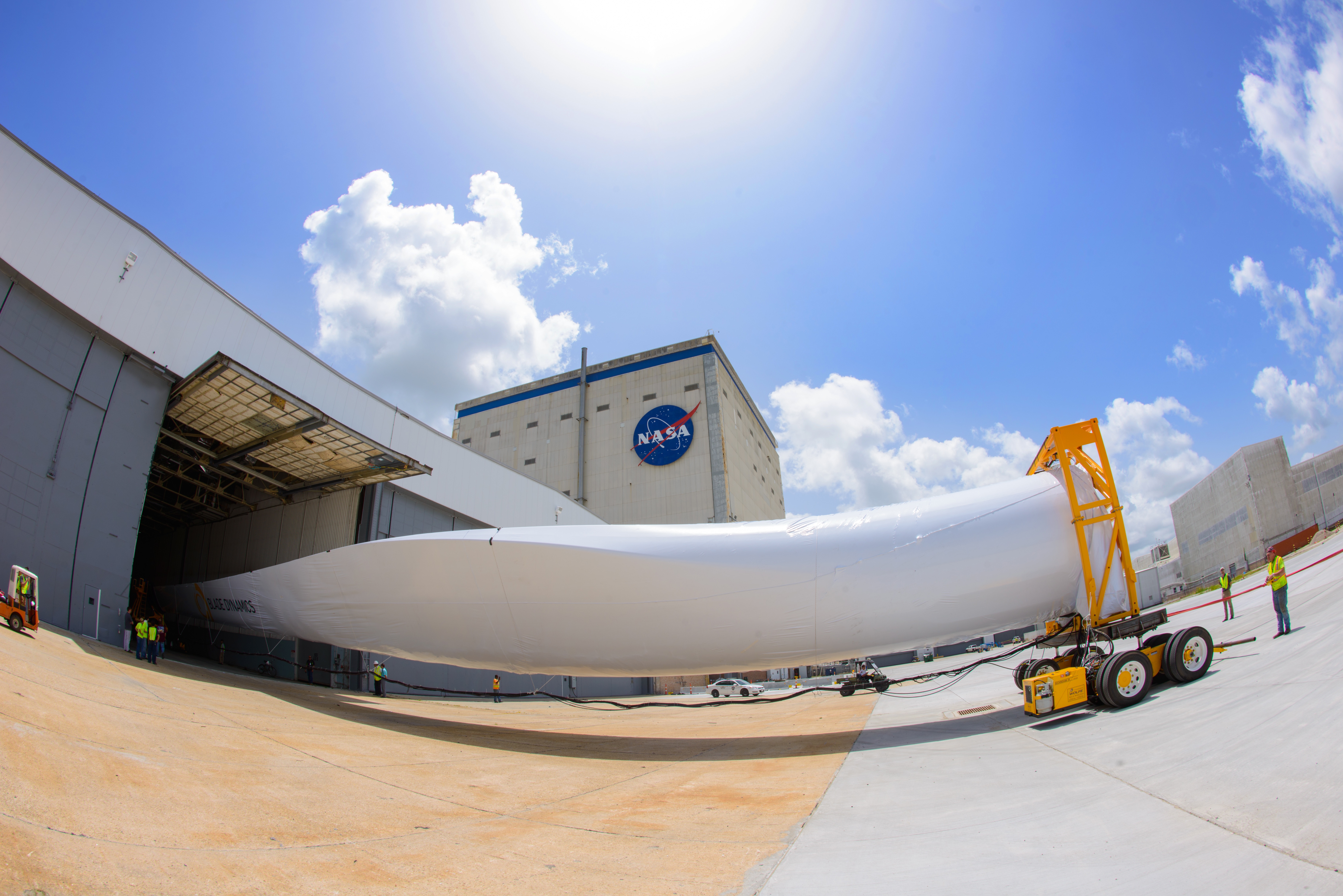 Hanrahan started working on a modular, 78-meter blade like this one while still a college junior. Image credit: LM Wind Power. Top: Stortstrom (left) and Hanrahan are working on new ways to make the next generation of wind turbines. “This site has an amazing potential,” Stortstrom says. Images credit: Tomas Kellner for GE Reports.


Inquisitive and independent, Stortstrom wanted to go to college far away from home and became smitten with New Orleans and its people, easygoing culture and weather. In the wake of Hurricane Katrina, Tulane, located in the heart of the city not far from the picturesque French Quarter, started rolling out engineering programs blending classical engineering disciplines with science.

Stortstrom majored in engineering physics in 2012. In her senior year, James Martin, who now runs the TCA and serves as the director emeritus of Tulane’s Physics and Engineering department, spoke to her engineering class about wind turbines. Captivated by Martin’s presentation, Stortstrom got his business card while walking him to the elevator, and a few months later she had an internship at the site. “I had other offers, but this one really fit,” she says. “I thought, ‘I can stay in New Orleans, I can learn things I don’t know about and kind of feel my way through.’ It worked out very well.”

Martin hired Stortstrom right after she graduated, and she went to work alongside fellow engineers inside the cavernous concrete bays sealed off by 6-inch steel doors where NASA used to assemble external fuel tanks for the space shuttle. Certain work areas hold a subtle scent of vinyl ester resin workers at the site use to bind together sheets fiberglass and other layers to make blade samples.

As test and validation manager, Stortstrom assesses new material compositions, shapes and manufacturing methods so designers can validate and correct their concepts, and move quickly on to the next development stage. “We break a lot of things to make them better,” she says. 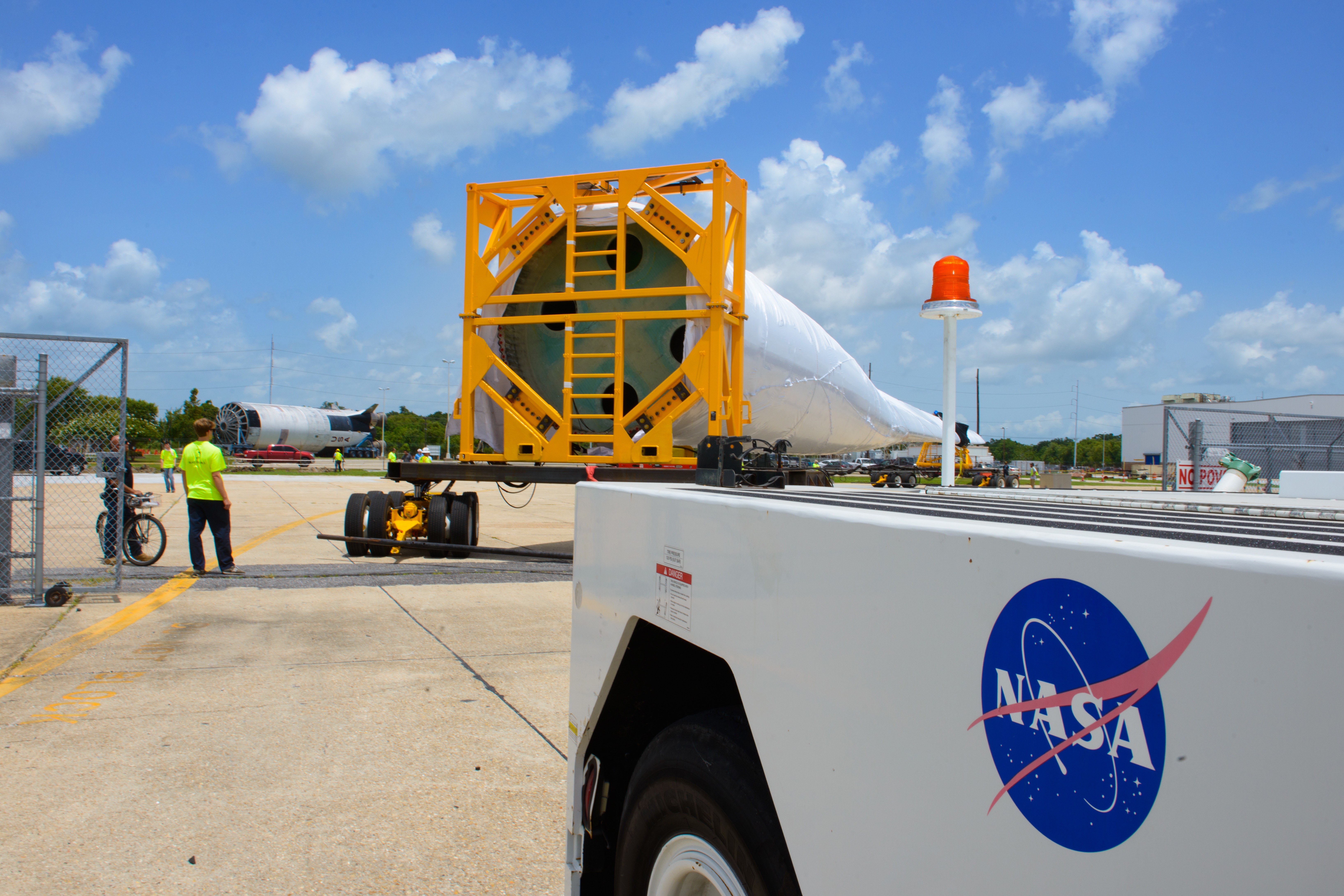 NASA has been making rockets in New Orleans since the Apollo program, and workers here have assembled fuel tanks for dozens of space shuttle missions. LM Wind Power is looking to tap those skills and augment its blade-building know-how. Image credit: LM Wind Power.


She has a high-tech torture chamber at her disposal to make sure that the company’s wind blades will be able to withstand everything from frigid gales near the Arctic Circle to hot desert wind in Oman. One machine, dubbed the guillotine, can slice layers of wood, carbon, fiberglass and other materials that make the wind blade. Another tool grips the blade samples in a steel jaw and tries to pull them apart. After applying the right amount of punishment, the team studies the samples under a microscope. “It’s like forensic analysis,” Stortstrom says. “There’s a lot going on inside. It’s not just testing; it’s figuring out why the parts broke.”

In 2016, Hanrahan followed Stortstrom’s footsteps at Tulane. After a round of interviews with Martin and his colleagues, she started working on a modular, 78-meter blade made from 20 pieces while still a college junior. “The scale was massive,” she recalls. “I’d never seen anything like this before.” She joined full-time a week after graduation. “Claire and Kristen were at the top of their class,” Martin says. “They had a choice. There is a lot of oil and gas work in Louisiana, but they chose renewable energy.”

Hanrahan started by helping the test engineers keep track of their progress, capturing and analyzing data. Today, working as a manufacturing engineer, she is helping devise the right process to make the blades. “Selfishly, for my own understanding, I like to get my hand on the part and  stay very close to it and to the people building it,” she says. “It’s very interesting to see how different people can come up with very different concepts, but converge on a similar solution. Taking something that works conceptually, looking for a practical way to build it, coming to a breakthrough, and finding a process that could work in a factory, that’s just a lot of fun.”

Hanrahan’s work feeds directly into to Stortstrom’s testing program, the goal of which is to certify the design or figure out what’s feasible and what tweaks the team needs to make. “It’s always about something new,” Stortstrom says. “You are developing new standards, you are making a totally new production process for this huge product that is going to contribute to the world. That, in itself, is really cool.”

What’s also cool is that LM Wind Power in Louisiana is hiring.