Sustainable aviation fuel (SAF) and technology superfans, unite. In the aviation industry there’s a need for both in the move toward lower CO2 emissions.

In the technology corner, more fuel-efficient aircraft and engines can reduce consumption of both conventional jet fuel and SAF, also playing a key role.

According to the U.S. heavyweights in the aviation industry, both sides will need to come together, an urgent task given that flight currently contributes about 2% of global CO2 emissions. 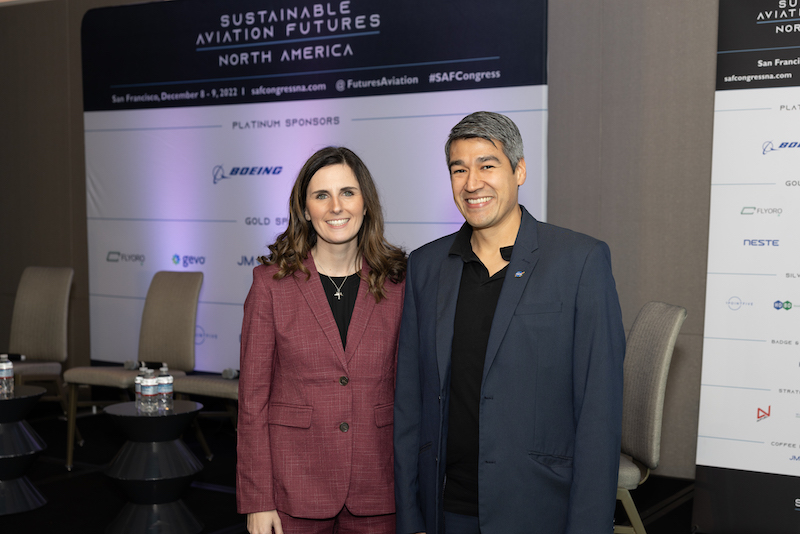 Connolly was among the presenters at the recent Sustainable Aviation Futures Congress North America conference in San Francisco, a gathering of equipment manufacturers, including GE Aerospace and Boeing, fuel producers, industry associations, government agencies like NASA, and others.

What’s clear is that while both SAF and new technologies hold tremendous potential, they also face big challenges.

SAF supplies today are growing but limited, with production currently less than 1% of global jet fuel demand. Still, presenters pressed the argument that the aviation industry can’t move toward its decarbonization goals without SAF, and in fact much progress has been made.

For more than a decade, Boeing and GE Aerospace have conducted multiple flight demonstrations with SAF. This work includes the industry’s first commercial demonstration flight of biofuel, in 2008, using a Virgin Atlantic Boeing 747 powered by GE’s CF6 engines; the first commercial airliner flight with 100% SAF in both engines, on the 2018 Boeing ecoDemonstrator, a FedEx Express Boeing 777 powered by GE90 engines; and the first passenger experimental flight with 100% SAF in one of the two engines, in 2021, using a United Airlines Boeing 737 MAX 8 powered by CFM LEAP engines.*

All GE Aerospace and CFM International engines can operate on approved SAF blends today, which can be made from plant-based material, fats, oils and greases, alcohols, waste streams, captured CO2, and other alternative feedstocks. SAF has the same chemical composition as the jet fuel most commonly used today. The key difference is that instead of being made from fossil-based sources, SAF is made from more renewable sources. The use of alternative feedstocks and processes reduces life-cycle CO2 emissions during production, processing, and distribution compared with fossil-based fuels.

Additionally, all SAF approved today is drop-in, able to replace conventional jet fuel, requiring no changes to aircraft equipment or fueling infrastructure to use it.

Most recently, through Boeing’s ecoDemonstrator program and in partnership with NASA, SAF combustion was tested for its impact on particulate matter emissions. The first airplane to undergo this testing was the 2021 Boeing ecoDemonstrator, an Alaska Airlines 737-9 with CFM LEAP-1B engines. This past fall, Boeing and NASA teams conducted emissions ground testing of a GEnx-powered Boeing 787 running 50% drop-in and 100% non-drop-in SAF. 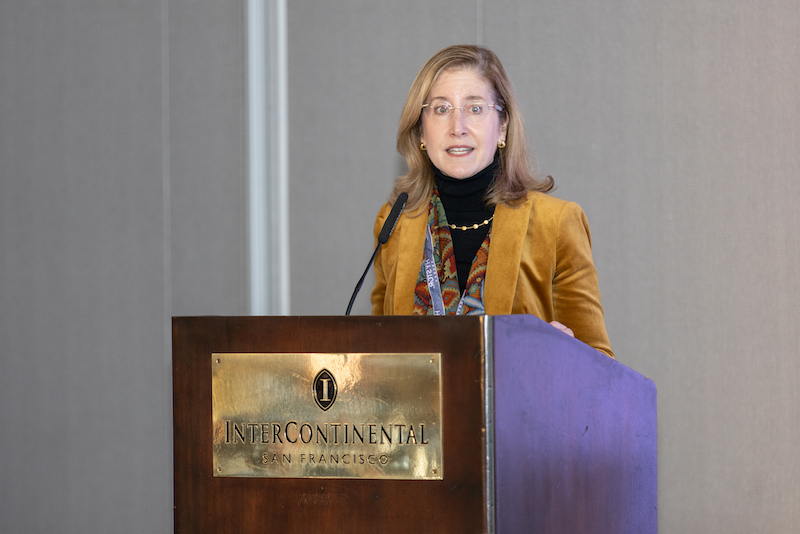 “We need sustainable fuels,” said Sheila Remes, vice president of environmental sustainability at Boeing. “Aviation is hard to abate. People want to travel, but we have to do it responsibly. The use of sustainable aviation fuel is core to what we need to do to enable the growth in travel — our focus is to change the energy source and continue to innovate around more efficient airplanes.”

On the technology side, the daunting challenge is to develop revolutionary new methods to reduce CO2 emissions more than what’s been achieved in any previous single propulsion update.

“Whether we’re going to be burning Jet A, SAF, hydrogen, or if we’re going to have batteries or fuel cells, the electrification of the subsystems and other components within the propulsion system on these aircraft [is] going to be more electric in the future,” Connolly said.

“It’s actually an engineer’s delight to have a new landscape of technology development both in the actual hybrid electric system as well as in the adjacencies such as certification, airworthiness, quality, power electronics, and components we haven’t looked at before,” said Christine Andrews, executive hybrid electric systems leader for GE Aerospace.

“It’s a really exciting time to be moving forward in this space and we’re really excited to be doing it together with our industry partners NASA and Boeing,” Andrews said.

Not only is GE Aerospace developing hybrid electric engine systems through EPFD, but the engine manufacturer is also looking to demonstrate hybrid electric capability and other technologies through CFM’s RISE program, in collaboration with Safran Aircraft Engines. The goal of the CFM RISE Program is to develop technologies that enable a future engine to achieve at least 20% lower fuel consumption and 20% fewer CO2 emissions compared with today’s most efficient engines.

With any approach — SAF, technology, or others — it will take reaching across industrial sectors to make possible the goal of achieving net zero by 2050.

* CFM LEAP engines are a product of CFM International, a 50-50 joint company between GE and Safran Aircraft Engines