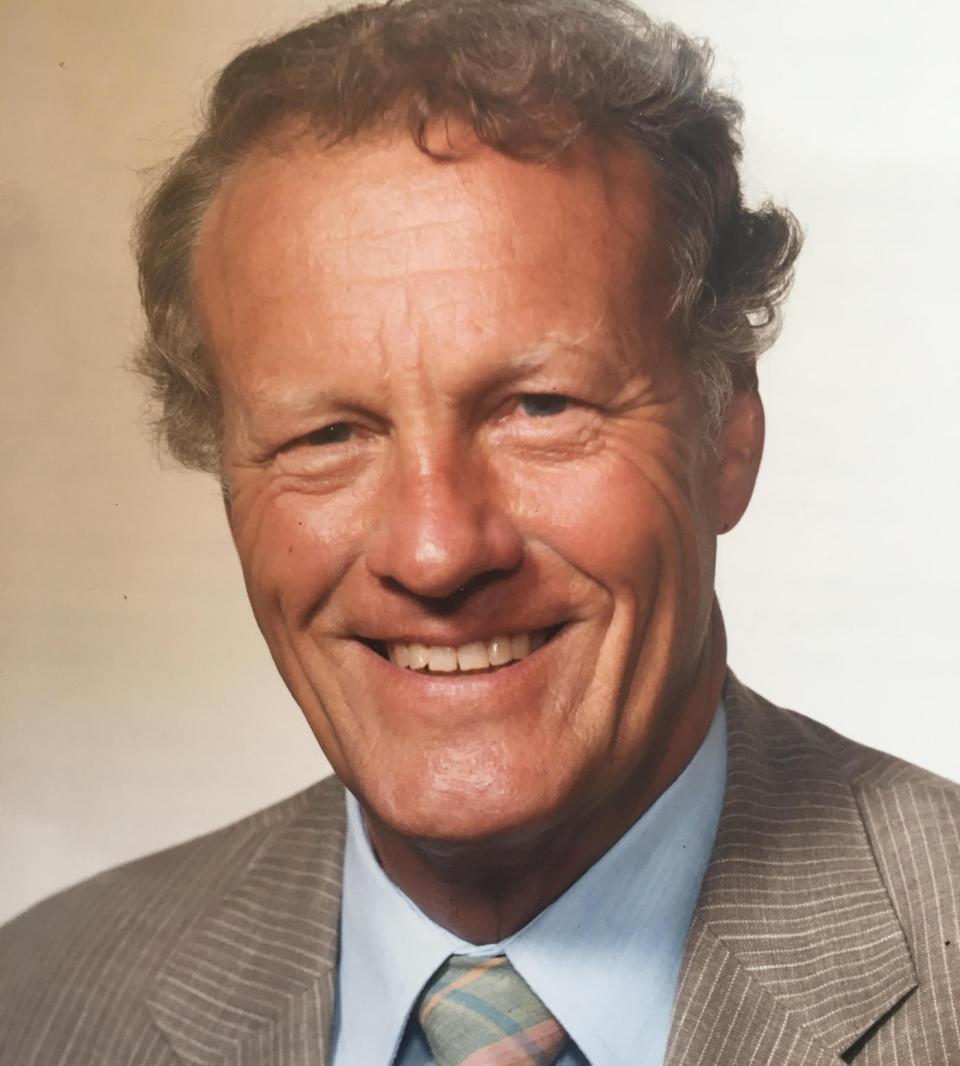 My father, James Norton Krebs, began working as a test engineer at General Electric in 1946. It was just four years after America’s first jet flight.

He was 22 years old, armed with a bachelor’s degree in mechanical engineering from Northwestern University, and his salary was $56.25 per week, paid in a small envelope with the change rattling around inside. He and my mother, Margie “Mitch” Krebs, rented a room with “kitchen privileges” on Lynn Shore Drive, a beachside boulevard near the GE plant in Lynn, Massachusetts. If they stuck their heads out a side window, they could see the ocean.

Jim Krebs died this summer at home in Marblehead, Massachusetts, at the age of 98. He helped develop some of GE’s most important engines and was among a group of aerospace visionaries who propelled the world into the jet age on both the commercial and military sides, shrinking the globe forever. He was a recipient of the Reed Aeronautics Award, the highest honor granted by the American Institute of Aeronautics and Astronautics, and he was elected to the National Academy of Engineering. In 1989, he was inducted into the GE Aviation Propulsion Hall of Fame.

“For the younger guys like myself, he was almost godlike,” said Lloyd Thompson, a retired jet design engineer who began working with my father in 1974. “He’s mythic in the history of GE aviation. He saw things before most people did. You could almost say he was a futurist.”

Beginning in the early 1960s, Krebs, as his colleagues called him, made major contributions to the design of and applications for the revolutionary high-bypass turbofan, the quiet, powerful, fuel-efficient engine that is ubiquitous in commercial aviation today. Every 2 seconds, my father liked to say, a plane takes off somewhere in the world with an engine bearing his design stamp. 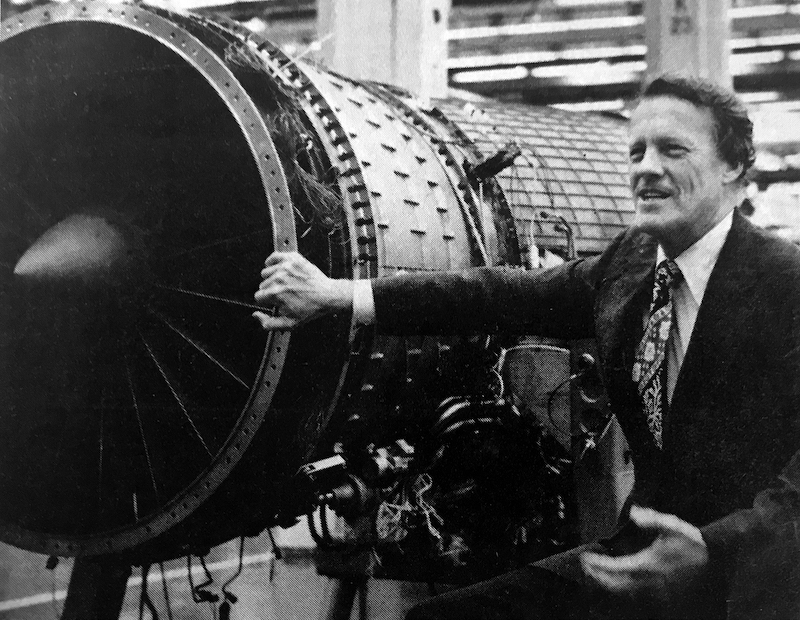 By the time he retired in 1985, after 39 years with the company, Krebs had served as vice president of technology, vice president of military and small commercial engine operations and head of engineering and manufacturing operations for engines at the GE River Works in Lynn. GE had become a leader in the marketplace for commercial and military planes.

“I was on the ground floor of an exciting new business,” he told me once, recalling the freewheeling atmosphere of the early days at GE’s Flight Propulsion Division in Lynn. “It was a super-good climate for creative work. You had to be curious, and you were encouraged to be bold.”

GE project managers can attest to that. They used to get what they called “Krebs-O-Grams”: barrages of single-spaced questions, tiny diagrams, and new ideas that he would squeeze into the margins of their weekly reports — before the invention of email — and send back to them. The managers got so tired of having to respond that they enlarged the body of their reports so there would be no margins. Undeterred, Krebs shrank the reports on a photocopier to create even bigger margins.

“I hope heaven is ready for Krebs-O-Grams,” a former colleague said this month.

By any measure, Krebs was a significant player in the 40-year Cold War between the U.S. and the Soviet Union. After five years in Lynn, Krebs moved to Evendale, Ohio, where he worked from 1951 to 1957 at the GE Aircraft Gas Turbine Division with the legendary Gerhard Neumann, then head of the jet engine department. My dad was the mechanical design manager of the GOL-1590, the demonstrator engine for what was to become the J79 turbojet, the mainstay of GE’s military production line through the early 1980s.

The J79 — one of many aviation breakthroughs that Krebs played a leading role in — powered the famous F-104 Starfighter, a fighter jet that could fly 20 miles high; the F-4 Phantom II fighter; and the B-58 supersonic bomber, all operating at up to twice the speed of sound. 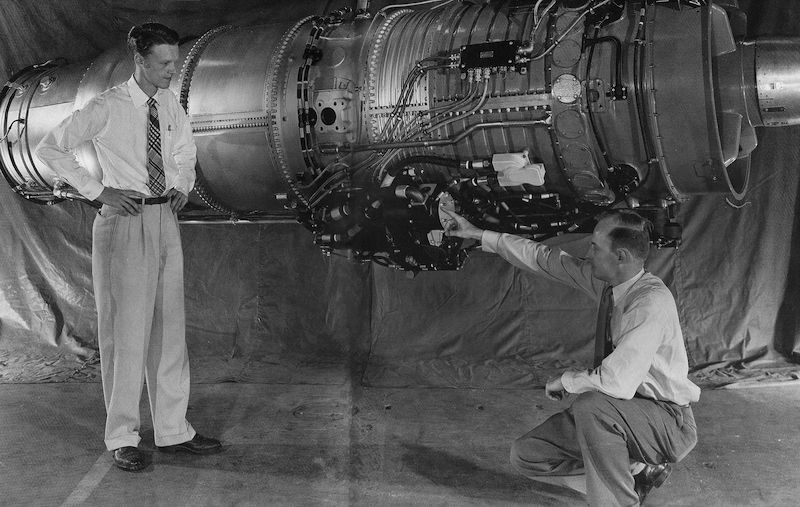 Krebs returned to GE’s plant in Lynn in 1957 and began working as project manager for the J85, a small jet engine. He also managed the first business jet engine project, creating derivatives of the J85 for “bizjet” companies such as Learjet.

Starting in 1962, as head of GE Aircraft’s Advanced Product Planning Operation (APPO) in Lynn — an in-house think tank that he was to lead for the next 15 years — Krebs oversaw the planning and advanced design of several families of high-bypass turbofan engines, including the first in the world, the TF39, with 40,000 pounds of thrust. This engine powered the C-5 Air Force transport, a giant cargo plane that was deployed to Vietnam, Iraq, and Afghanistan. (In a high-bypass engine, a giant fan pushes most of the incoming air past, not through, the fuel-burning engine core, simultaneously delivering high thrust and high efficiency.)

Later, as GE vice president of military programs, Krebs was responsible for the production of the engines for the F-117 stealth fighter; the B-1 supersonic bomber (the forerunner of the engine for the B-2 stealth bomber); Black Hawk and Apache helicopters; and the F-18 Hornet fighter, A-10 Warthog, and S-3A Viking.

In one memorable adventure — the one he was perhaps best known for at GE — Krebs managed the company’s underdog victory in what was known as the Great Engine War, a grueling, head-to-head, seven-year battle with Pratt & Whitney, then the dominant American aerospace manufacturer. The challenge was to build a better engine for the nation’s premier fighter jets, and the prize was an Air Force contract worth approximately $12 billion.

GE won 75 percent of the contract by slashing maintenance costs and designing an engine — the F110. These engines were used in F-14 and F-16 fighter jets, and, according to my father, the pilots loved them. They are still in production today.

GE’s commercial engine business began to grow and outstrip the military side after Krebs’s APPO group in Lynn adapted the TF39 engine for commercial aircraft applications. It created the CF6 family of high-bypass turbofans to power the planes that are most widely used for international flights — the DC-10, Boeing 747 “Jumbo Jet” and Boeing 767. Krebs, along with GE engineer Leroy Smith Jr., holds the patent for the fan modification. “I've always been proud of that key component: GE's first commercial front fan,” my father told me.

Krebs’s next move would prove historic, too, though it didn’t seem so at the time. As Krebs recounted in CFM: The Power of Flight, by Guy Norris and Felix Torres, “I decided that we would undertake the design of an all-new, advanced, high-bypass turbofan engine in the 20,000-pound thrust class” to power “the next round of medium transports.”

It was to become the most successful jet engine in the world. Today the CFM56, as it was named, has flown more than 1.1 billion flight hours, the most ever for a commercial aircraft jet engine. At Krebs’s direction, the APPO group adapted the core of the F101 engine on the B-1 bomber to power a midsize single-aisle commercial plane — what would later emerge as the bestselling Boeing 737 in the U.S. and the Airbus 320 series in Europe.

“Krebs was a strategist with insight,” wrote the late Bernard Koff, the pioneering gas turbine engineer who worked with my father at GE, in a memoir that was published in the SAE International Journal of Aerospace in 2012.

The CFM56 was ahead of its time: It was not used in a commercial plane until 1982. But under a joint venture that was established in 1971 between GE and Snecma, the French aerospace engine manufacturer now known as Safran Aircraft Engines, more than 33,000 CFM56 engines have since been delivered. At CFM International today, the production of the LEAP engine, the more fuel-efficient successor of the CFM56, is booming, with 5,400 delivered and 10,000 more on order.

The ultimate design of the CFM56 was an international team effort, but, my father proudly told me, “I was number one.” 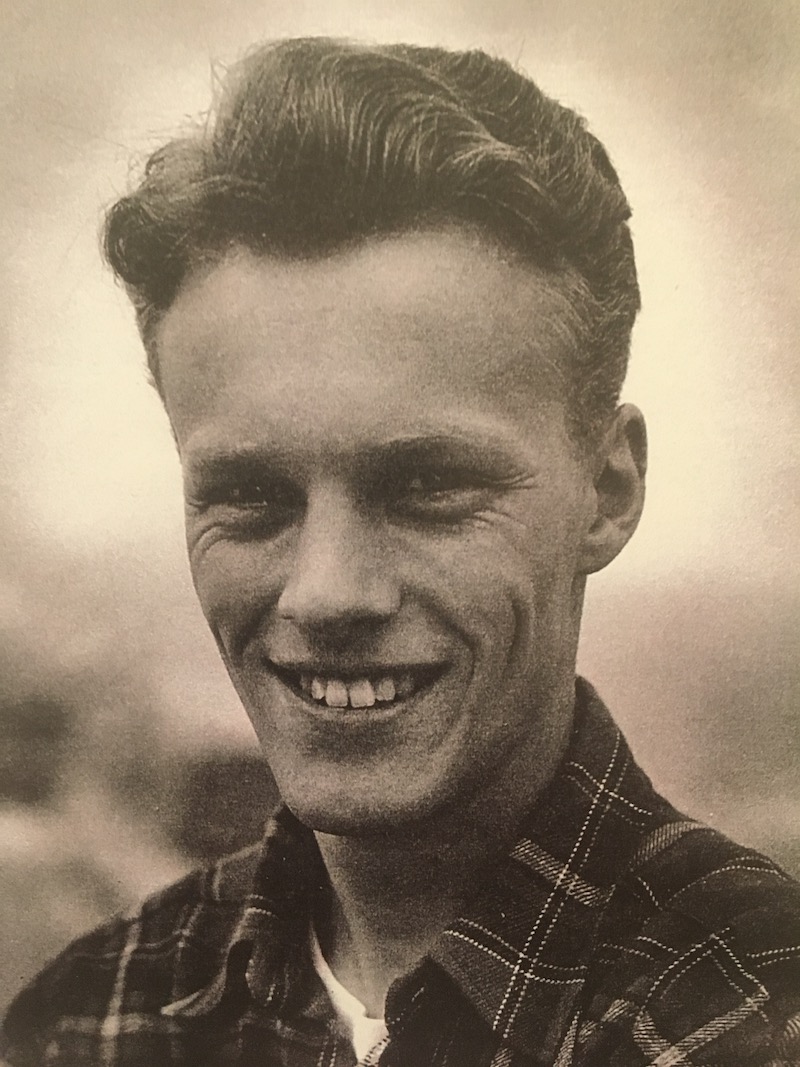 In his retirement, alarmed by the growing threat of catastrophic climate change, my father began conducting extensive research on ways to save fuel in aviation. He corresponded with MIT professors, met with GE engineers, and fired off multi-page letters with bullet lists — more Krebs-O-Grams! — to the top brass at the company and NASA, urging them, sometimes in ALL CAPS, to slash carbon emissions and reimagine the way they were doing business.

It will be up to all of us, now, to reimagine the world without him.