A Flight Of Fancy: This New York-Paris Jet Route Is Plush And Fast. It’s Also Ultra-efficient

Speed and comfort are high on the list of business travelers, which is why France’s La Compagnie is operating a business-class-only daily flight between Newark Liberty Airport and Orly, two airports close to the business hubs of New York and Paris.

Trans-Atlantic routes are typically served by large, wide-body jets powered by two or four engines. But being able to sustain a specialized business-only service became easier in May, as La Compagnie started flying a next-generation, smaller, single-aisle A321neo jet on the Paris to New York route. In the past, single-aisle jets typically flew shorter routes spanning countries and continents. But the new Airbus plane is powered by ultra-efficient CFM LEAP engines, which provide double-digit gains in fuel efficiency and allow the plane fly further on a single tank on fuel while also lowering carbon emissions, oxides of nitrogen emissions and noise. This is a win for the passengers, the airline and the planet.

France-based La Compagnie was founded in 2013 and flies regular direct routes between Orly and Newark and Nice and Newark. The A321neo is a single-aisle plane that La Compagnie has configured with 76 lie-flat seats. It replaces older Boeing equipment the airline had been using on the route since last year. One of two additional A321neo planes destined for La Compagnie was on display at the Paris Air Show in June, as the European aerospace company celebrated its 50th anniversary.

The CFM LEAP engines powering the plane are built by CFM International, a 50-50 joint venture between GE and France's Safran Aircraft Engines. CFM engineers were able to slash its fuel consumption by 15% compared with the engine’s predecessor, the CFM56, by using breakthrough materials and technologies. For example, one of the engine’s smaller parts, a metal fuel-nozzle tip the size of a walnut that sprays fuel into the combustor, is so complex that the only way to make it involves 3D-printing it directly from a computer file. “The technology was incredible,” said Mohammad Ehteshami, a GE engineer involved in developing the nozzle. “In the design of jet engines, complexity used to be expensive. But [3D printing] allows you to get sophisticated and reduces costs at the same time. This is an engineer’s dream. I never imagined that this would be possible.” 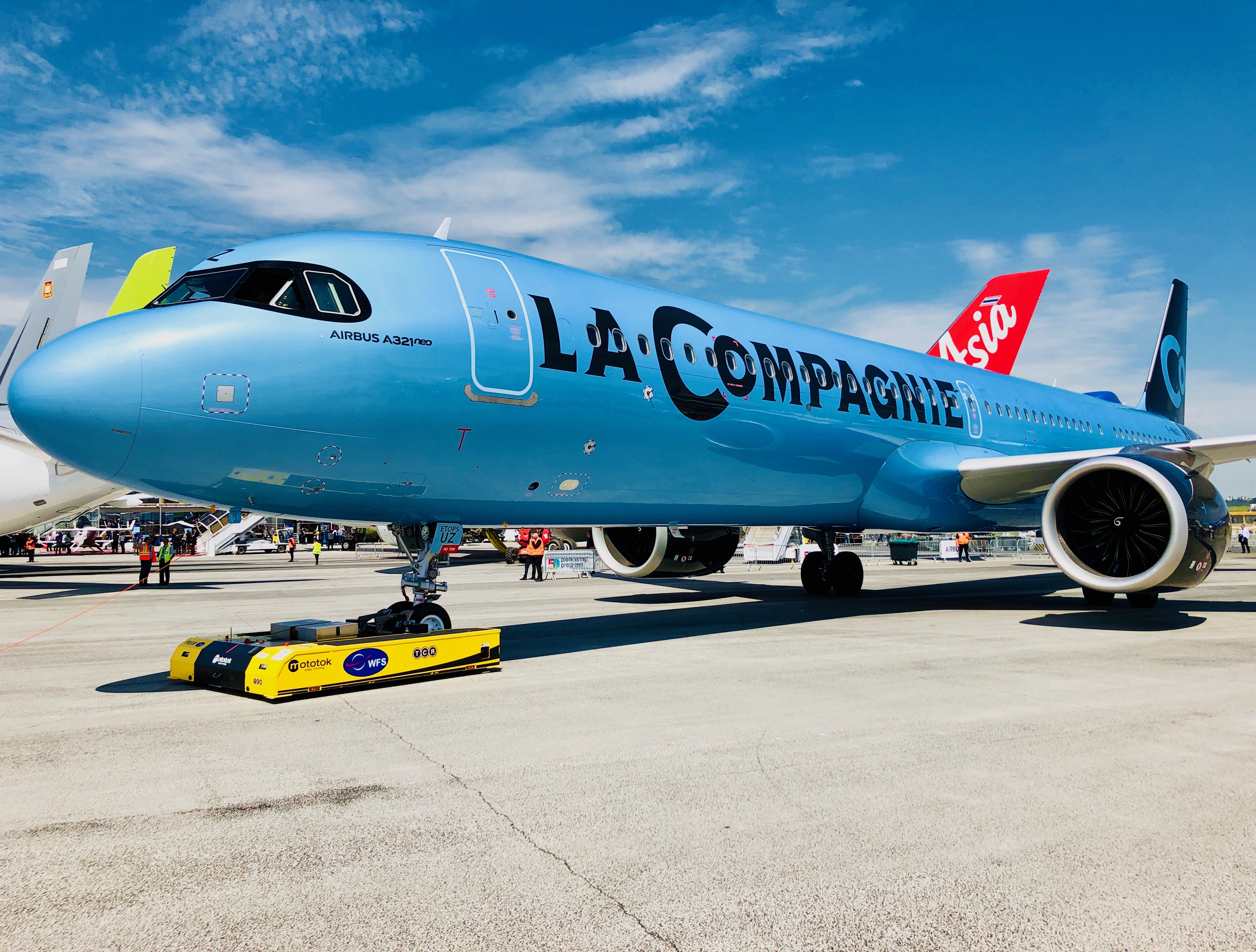 
GE also developed a special material called ceramic matrix composite that can handle temperatures approaching 2,400 degrees Fahrenheit, where even the most advanced alloys grow soft. In addition to being more heat-resistant, the ceramic matrix composite is lighter than metal. The LEAP engine also features a combustor design that reduces NOx emissions by 50% compared to the standards set by the Committee on Aviation Environmental Protection, according to CFM.

To date, the LEAP engine has logged nearly five million flight hours in service with more than 100 operators worldwide, and it’s believed that a clear majority of new single-aisle aircraft on order today will be using LEAP engines. Single-aisle jets are the fastest-growing segment of the airline industry, according to the International Air Transport Association, given that engines like the LEAP model allow jets to fly longer distances. Last April, for instance, a LEAP-engine-powered Airbus A321neo LR loaded with 162 dummy passengers and 16 crew completed a test flight from Seychelles in the Indian Ocean to Airbus headquarters in Toulouse, France, that lasted 11 hours and covered 5,466 miles. It was the longest distance flight in the certification process of the A321neo.