This week in the fight against COVID-19, researchers tested a common technique to decontaminate much-needed face masks, made strides on a possible vaccine, and looked to a pandemic of the past to learn valuable economic lessons. 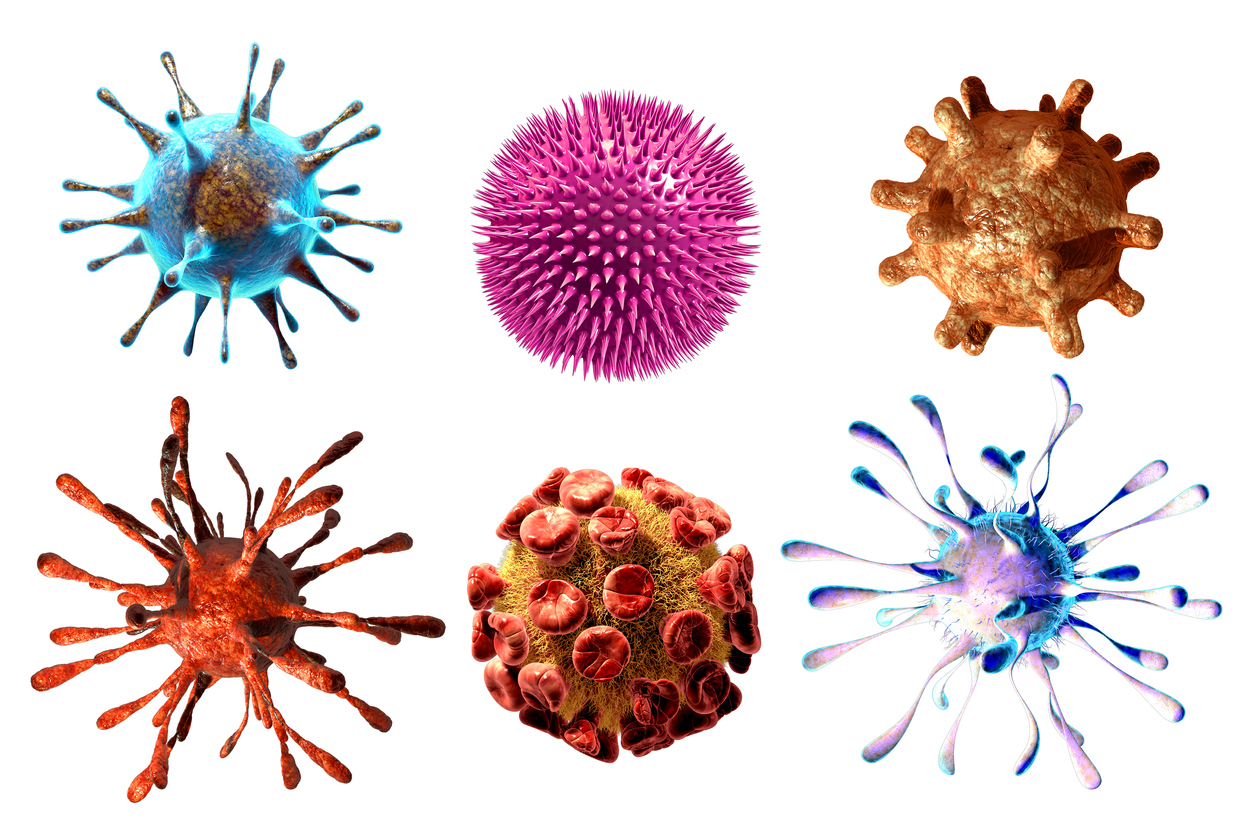 “While this alone will not solve the problem, if we and others can reuse masks even once or twice, that would be a huge benefit given the current shortages,” said Monte Brown, vice president at Duke University Health System. Image credit: Getty Images.

What is it? A team at Duke University reported that a common decontamination technique can work on N95 face masks without degrading them.

Why does it matter? N95 respirators, which help prevent transmission of coronavirus, are in critically short supply right now. The ability to decontaminate them could extend the lives of the masks. “While this alone will not solve the problem, if we and others can reuse masks even once or twice, that would be a huge benefit given the current shortages,” said Monte Brown, vice president at Duke University Health System. (The team has described the process in this PDF.)

How does it work? The process uses vaporized hydrogen peroxide to penetrate the mask. It’s a common decontamination technique that was tested on N95 masks a few years ago but hadn’t previously been proven effective in the real world. Matthew Stiegel, director of Duke’s office of occupational and environmental safety, said, “We’ve now proven that it works and will begin using the technology in all three Duke Health hospitals.” 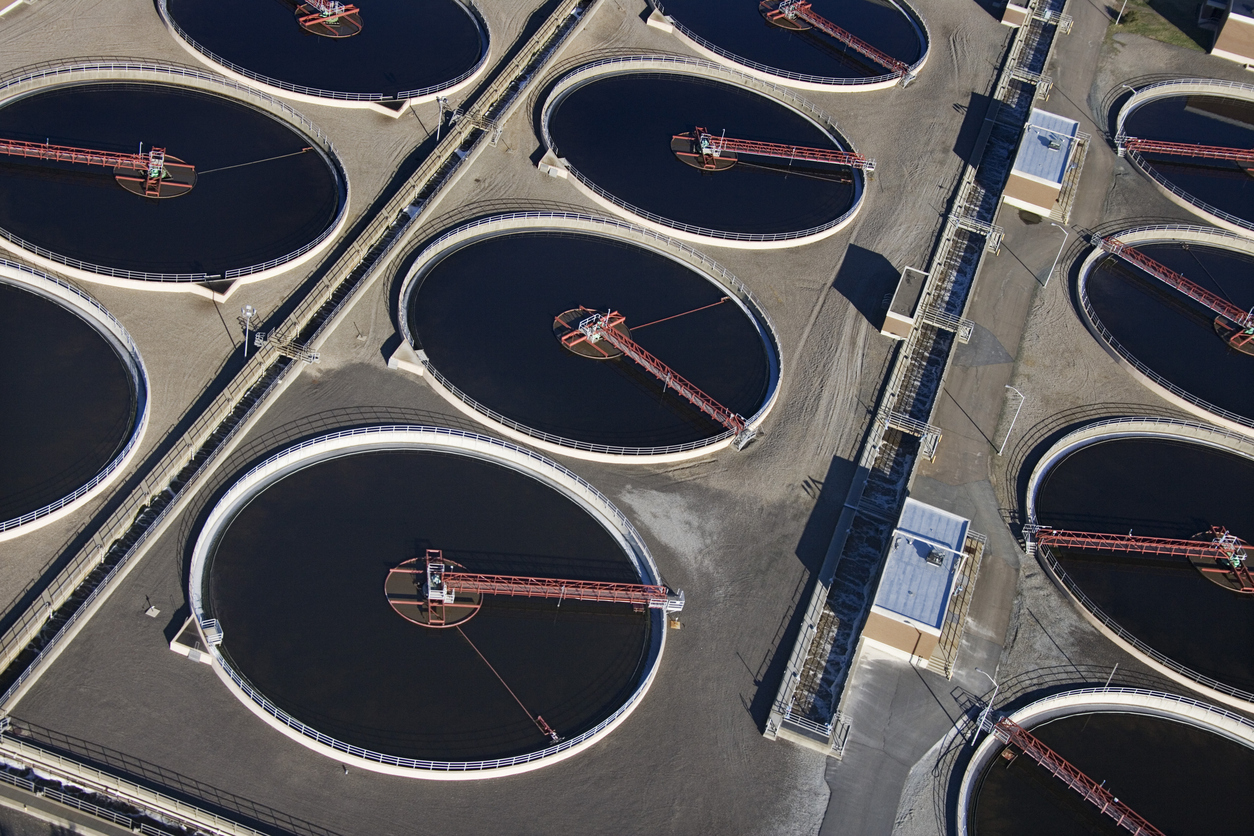 What is it? Researchers at the U.K.’s Cranfield University are looking at ways that wastewater could be an early indicator of the coronavirus’ spread.

Why does it matter? Dr. Zhugen Yang, of the Cranfield Water Science Institute, said that “in the case of asymptomatic infections in the community or when people are not sure whether they are infected or not, real-time community sewage detection through paper analytical devices could determine whether there are COVID-19 carriers in an area to enable rapid screening, quarantine and prevention.”

How does it work? The coronavirus that causes COVID-19, called SARS CoV-2, can be detected in the feces and urine of infected people. Yang and colleagues are developing an inexpensive and easy-to-use paper device that, per a news release from Cranfield, “is folded and unfolded in steps to filter the nucleic acids of pathogens from wastewater samples, then a biochemical reaction with preloaded reagents detects whether the nucleic acid of SARS-CoV-2 infection is present. Results are visible to the naked eye: a green circle indicating positive and a blue circle negative.” The test is described further in Environmental Science & Technology.

Searching for a Potential Vaccine 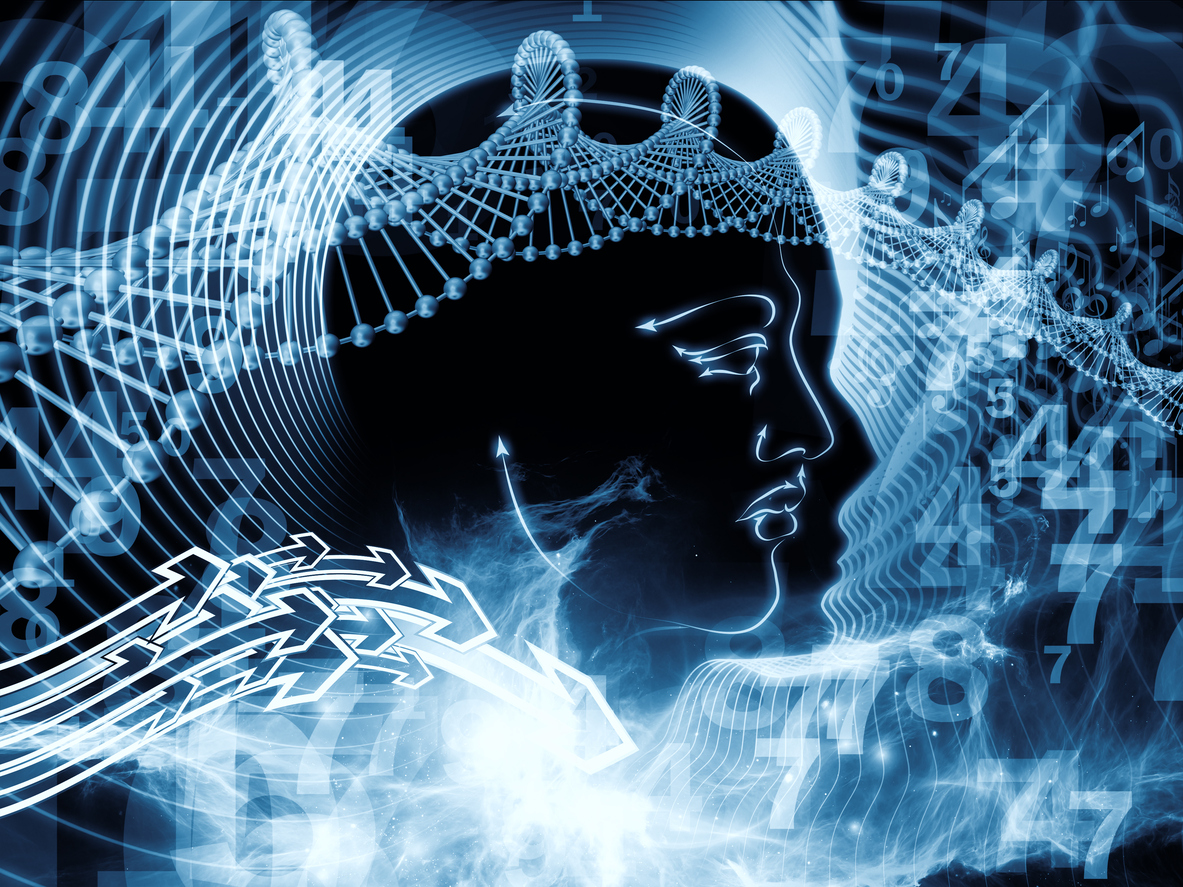 “We had previous experience on SARS-CoV in 2003 and MERS-CoV in 2014. These two viruses, which are closely related to SARS-CoV-2, teach us that a particular protein, called a spike protein, is important for inducing immunity against the virus. We knew exactly where to fight this new virus,” says University of Pittsburgh's Andrea Gambotto. Top and above images credit: Getty Images.

What is it? A potential vaccine against SARS-CoV-2 “shows promise,” according to the University of Pittsburgh School of Medicine, whose researchers developed it.

Why does it matter? There’s obviously a high degree of urgency around developing such a vaccine, and scientists were able to develop this one rapidly based on prior research, explained Andrea Gambotto, an associate professor of surgery at Pitt School of Medicine: “We had previous experience on SARS-CoV in 2003 and MERS-CoV in 2014. These two viruses, which are closely related to SARS-CoV-2, teach us that a particular protein, called a spike protein, is important for inducing immunity against the virus. We knew exactly where to fight this new virus.” Gambotto is the co-senior author of a new paper describing the vaccine in eBioMedicine.

How does it work? Researchers used a “microneedle array” — basically, a fingertip-sized patch made up of 400 tiny needles — to deliver the drug, which resembles current flu shots in that it’s made up of “lab-made pieces of viral protein” that help the recipient build immunity. It’s applied like a Band-Aid and is scalable for mass production; the vaccine can also doesn’t require refrigeration while it’s being transported and delivered. Having tested the vaccine on mice, its creators are now seeking FDA approval to move into the first phase of human clinical trials in the next few months. 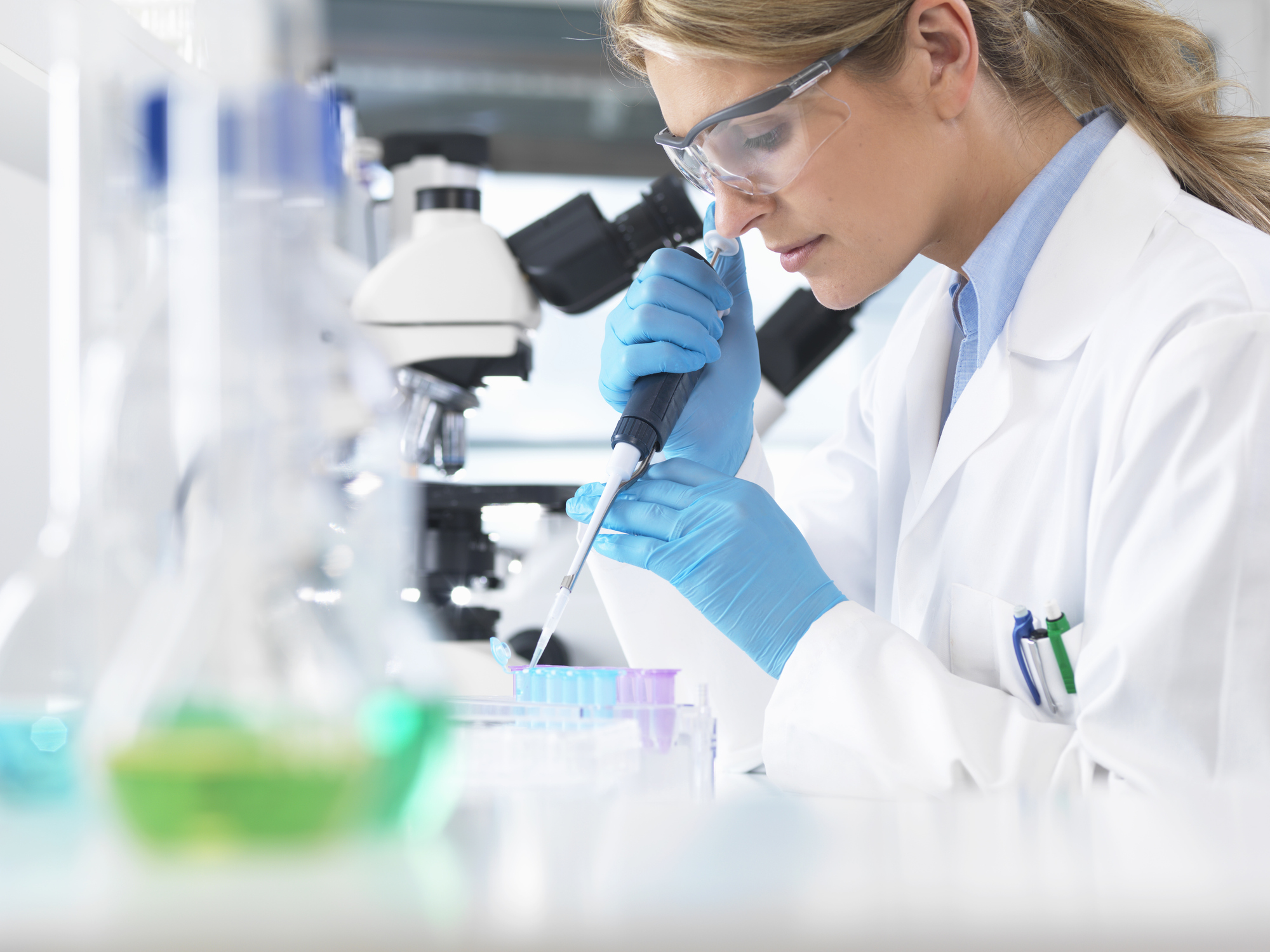 What is it? Scientists in China isolated several antibodies that could be “extremely effective” at blocking SARS-CoV-2 from entering cells.

Why does it matter? Various researchers have been studying antibodies from COVID patients who have recovered. Unlike vaccines, they are the product of the immune system’s own response to infection. Zhang Linqi of Beijing’s Tsinghua University told Reuters that “the importance of antibodies has been proven in the world of medicine for decades now. They can be used to treat cancer, autoimmune diseases and infectious diseases.”

How does it work? In January, Zhang’s team began analyzing blood taken from patients who’d recovered from COVID-19, isolating an initial batch of 206 antibodies that demonstrated “strong” ability to bind with the spiky proteins of the coronavirus, Reuters reported. The team then narrowed it down further to a few antibodies that particularly excelled at blocking viral entry. They hope to begin testing the antibodies on human patients in the next six months. According to the news service, they “could potentially be given to at-risk people with the aim of preventing them from contracting COVID-19.” 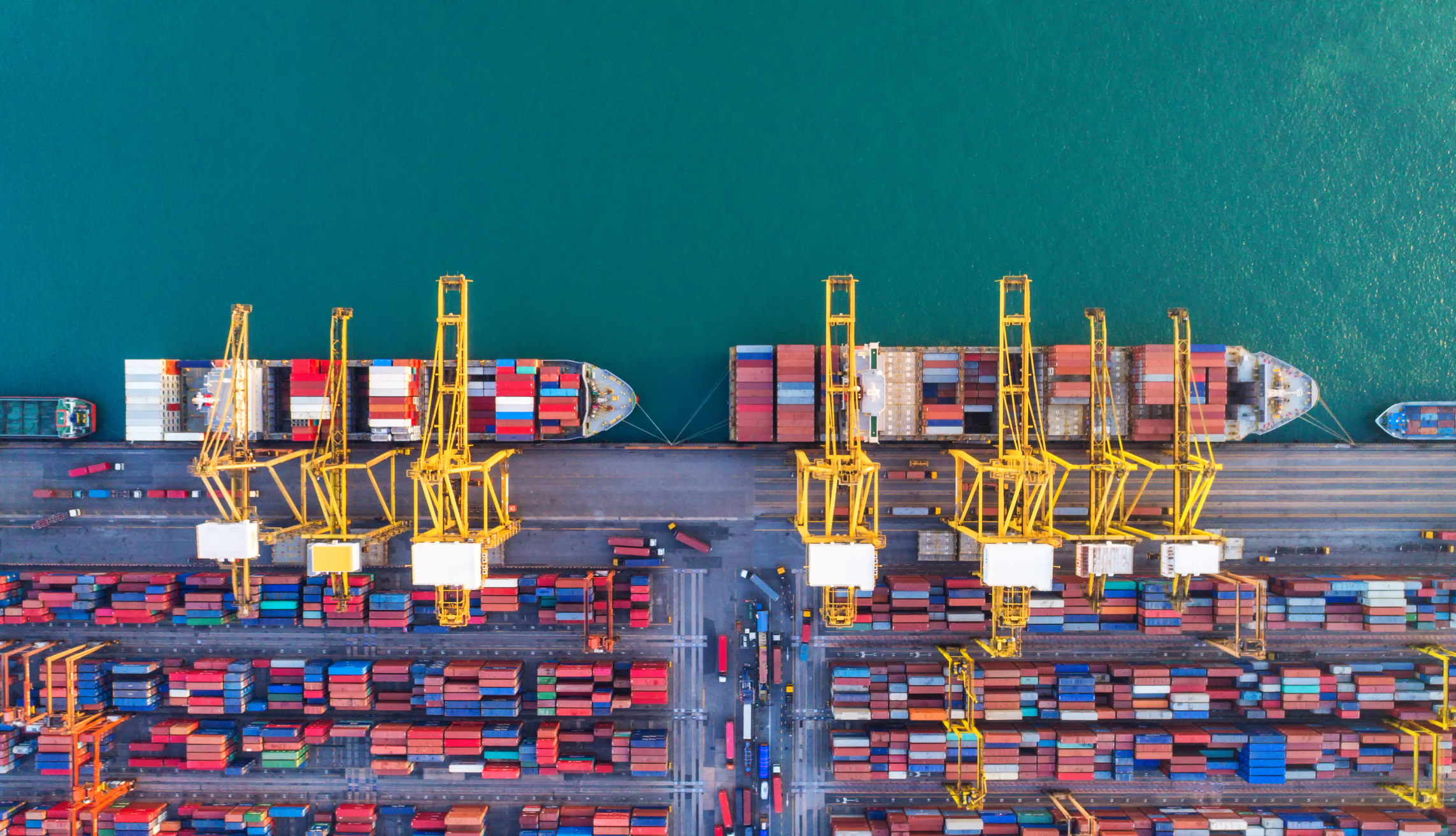 What is it? What’s the best way to restart the world economy after the pandemic passes? We can start the process now, argues a new study from economists at Massachusetts Institute of Technology: As an MIT news release sums it up, “Taking care of public health first is precisely what generates a stronger economic rebound later.”

Why does it matter? The study looks to a major pandemic of the past — the Spanish flu, which hit the U.S. in 1918 and 1919 — and finds that those areas that most strictly limited social interaction experienced the most economic growth afterward. “We find no evidence that cities that acted more aggressively in public health terms performed worse in economic terms,” said Emil Verner, an assistant professor in the MIT Sloan School of Management. “If anything, the cities that acted more aggressively performed better.” Verner is co-author of a working paper posted to the Social Science Research Network.

How does it work? Verner and his co-authors looked at the relationship between social distancing and economic activity in 43 U.S. cities, finding that one led to the other after danger had passed. For instance, cities that implemented more robust social-distancing 10 days earlier experienced a 5% increase in manufacturing employment following the pandemic compared to others. “It casts doubt on the idea there is a trade-off between addressing the impact of the virus, on the one hand, and economic activity, on the other hand, because the pandemic itself is so destructive for the economy,” Verner said.