The benefits of trade, such as jobs and income growth, won't see their full potential with stifling regulation. About 96 percent of world trade is affected by at least one regulation. Here are five things the international trade community must do to combat these "non-tariff measures" that disproportionately affect developing countries.

In 2016, the growth of world trade will be at its slowest since the financial crisis of 2008, reports the World Trade Organization (WTO). Despite the increased protectionism that followed the crash, traditional trade barriers, such as tariffs, are at historical lows. Despite this, the flow of goods and services between countries remains one of the most important drivers of job creation and prosperity, and its sluggish pace is prompting anxiety.

The real untapped potential for further trade growth lies in regulation. Some 96 percent of world trade is affected by at least one regulation, often referred to as a "non-tariff measure," or NTM. Meeting these formidable, complex and often opaque rules requires financial and technical resources, which means that the smallest and most vulnerable companies and countries pay the heftiest price.

This is especially true for exporters from the 48 least developed countries, who lose an estimated $23 billion a year – that’s 15 percent of their exports, which far exceeds the loss incurred by remaining tariffs – because they are unable to comply with non-tariff measures.

While these measures and other regulations are legitimate, the sheer number of them continues to fragment trade. And we can expect the importance of regulation – particularly when related to public health, safety and the environment – to increase in the future, increasing costs to trade as they do so.

This chart shows the percentage of exports from each of the 48 least developed countries into advanced, G20 countries that are affected by non-tariff measures (in red) and traditional tariffs (blue).

For the LDCs denoted with * the effects result from sample predictions. Image: UNCTAD

A New Frontier for Trade

It isn’t easy for politicians and policy-makers to tackle the issue. Protests against trade deals quickly erupt if governments are perceived to be endangering the good of the public or the environment for better trade deals. This is the new frontier in the global trade agenda.

Trade policy cannot question the right of countries to protect their citizens and promote sustainable development. But trade policy can, and must, guide how countries exercise this right.

The manner in which a country implements its regulatory choices, and the way it operates its regulations, is not a free-for-all – especially when it frustrates the attainment of sustainable development through trade by other countries, particularly the poorest countries.

To move in this direction, five concerted actions are critical:

1. The transparency of existing regulations needs to be increased. UNCTAD is leading an international effort to collect and freely disseminate comprehensive data on currently imposed non-tariff measures. This data covers 80 percent of world trade and further data collection is underway, particularly in Africa. These efforts go hand-in-hand with capacity building.

4. Countries can and should do much better in avoiding unnecessary red tape for trade in national regulatory processes. Rules and guidelines exist on this issue, by the WTO and the OECD for example. But the effective and efficient application of these principles is broadly missing.

5. Regulatory measures disproportionately affect trade in developing countries, so we need to strengthen their participation in international standard-setting bodies. Technical cooperation and capacity building needs to be increased to help these countries comply with regulatory requirements and reduce procedural obstacles.

Despite repeated promises by governments that potential trade deals will not compromise on public health or environmental protection, many remain suspicious. The backlash against globalization and a growing mistrust of elites mean that the argument of "trust me, it won't happen" is not winning a lot of hearts and minds.

To be credible, a different approach is needed. More of the same, in terms of simply reducing barriers and other trade restrictions in a rather linear fashion, is no longer going to cut it politically. Nor is it even appropriate in the case of most non-tariff measures, considering that their objectives are legitimate. Such measures cannot be traded off for trade efficiency.

Managing regulatory measures differently, without putting in question their legitimate objectives, means that we can keep trade open and push future trade growth while protecting citizens, and the environment too. Only then, combined with complementary policies, can we ensure that trade retains both its credibility and its rightful place as one of the most important drivers of jobs and incomes. 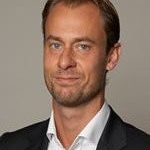 Joakim Reiter is Deputy Secretary-General of the United Nations Conference on Trade and Development.