Just a hint of electrical stimulation to the scalp can greatly improve memory in aging people, and scientists are designing safe, responsive robots that can be taught to help out around the house. Everybody’s getting a little bit smarter in this week’s coolest scientific discoveries — which also include a milestone in the use of cell therapy to treat cancer and a new way to purify natural gas. 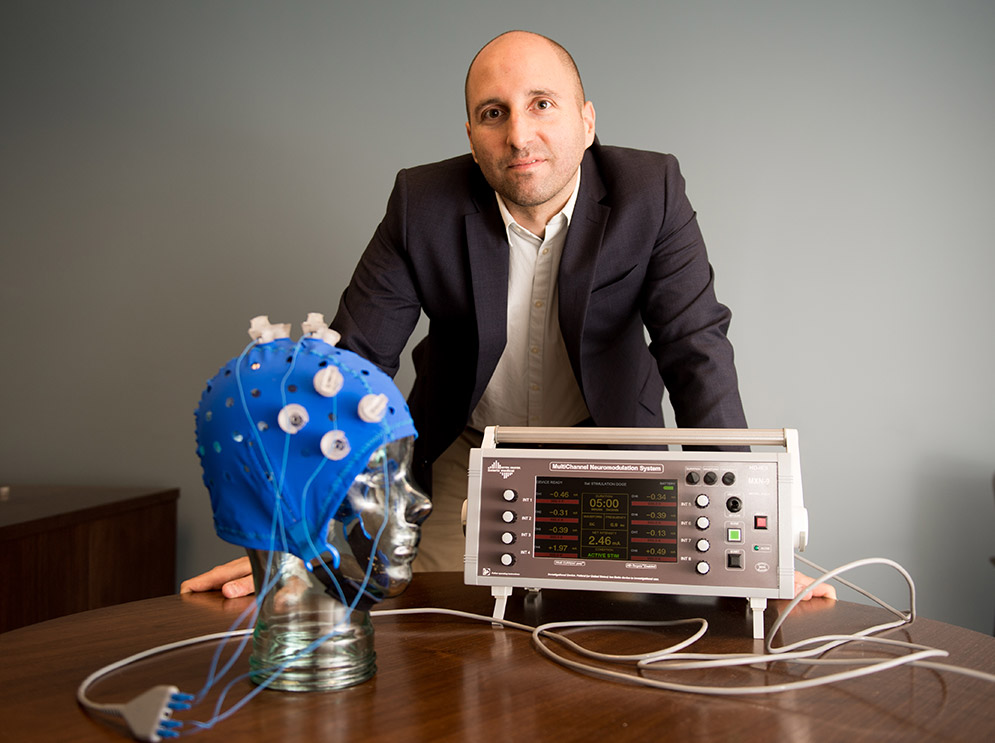 “It’s wild to think that we can target the electricity of a brain circuit the same way we would target a neurotransmitter chemical in the brain," says Boston University's Rob Reinhart. Image credit: Cydney Scott/Boston University.


What is it? Neuroscientists at Boston University found that electrical stimulation — delivered noninvasively through electrodes on the scalp — can recharge working memory in older adults, giving them recall abilities on par with 20-somethings.

Why does it matter? “Working” memory is the everyday kind, helping us “whenever we make decisions, reason, recall our grocery lists, and (hopefully) remember where we left our keys,” according to the researchers. It peaks when people reach their 20s and early 30s and then starts to decline; by the time we hit our 60s and 70s, the circuitry of our brains is worn out enough that we can become markedly forgetful. Good working memory relies on coordination between theta rhythms in the front of the brain — a type of brain wave associated with daydreaming and idea generation — and gamma rhythms in the back of the brain, implicated in conscious perception. The pathways between the two degrade with age — that’s where the BU team intervened. They hope their findings, described in Nature Neuroscience, could lead to treatments for not just routine age-related cognitive decline but also more anguishing conditions like Alzheimer’s disease.

How does it work? Under the direction of BU professor Rob Reinhart, the study took two groups — one comprising people in their 20s, the other people in their 60s and 70s — and asked them to perform simple memory tasks. Under baseline conditions, the younger people far outperformed the older folks. But once the older people had received 25 minutes of “mild stimulation” to their scalps, “personalized to their individual brain circuits”? They performed as well as the whippersnappers. 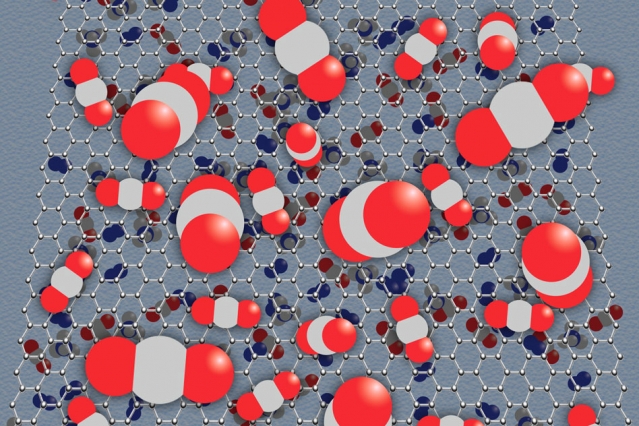 
What is it? Using a new kind of polymer membrane, scientists at the Massachusetts Institute of Technology have figured out a way to purify natural gas that’s cleaner and less expensive than the current state of the art.

Why does it matter? Natural gas burns more cleanly than fossil fuels like coal and oil, but needs to go through a purification process that removes contaminants like carbon dioxide — an energy-intensive ordeal typically requiring the use of toxic solvents. The new method, described in Advanced Materials, is cheaper and more environmentally friendly. It’s also faster: “Our design can process a lot more natural gas — removing a lot more carbon dioxide — in a shorter amount of time,” said Yuan He, a chemistry grad student at MIT and the lead author of the paper.

How does it work? By passing the gas through a novel membrane that’s able to capture the carbon dioxide molecules. Existing membranes are made of “long-chain polymers,” which can’t catch the CO2 efficiently enough; the advance at MIT relates to using membranes made from bristles resembling a hairbrush, said MIT professor Zachary Smith, who led the research: ”We have a new design strategy, where we can tune the bristles on the hairbrush, which allows us to precisely and systematically tune the material.” 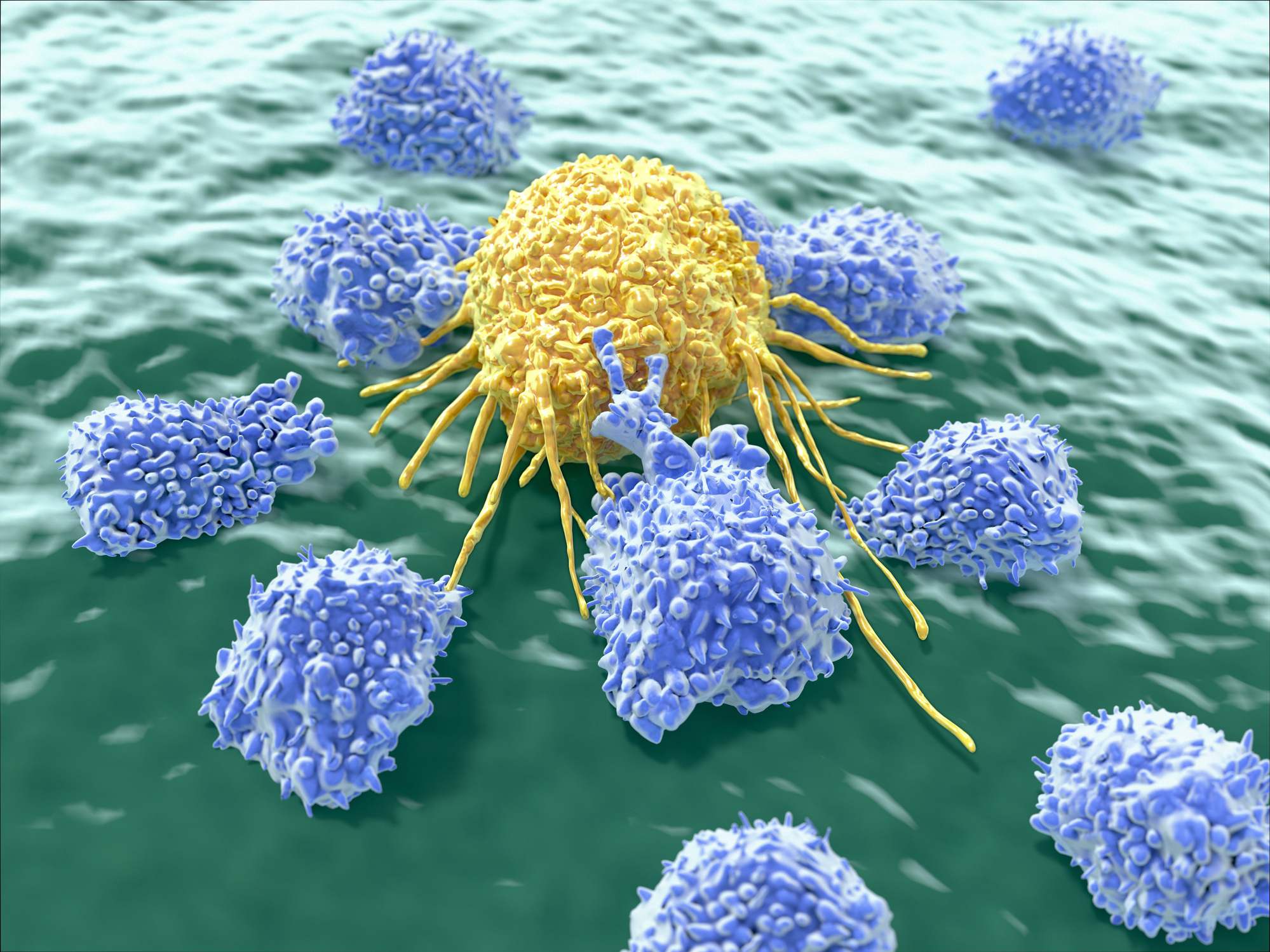 Top and above: Illustration of lymphocytes attacking a cancer cell. Natural killer cells are a type of lymphocyte that destroys cancer cells and other altered cells. Images credit: Getty Images.


What is it? In February, a patient at Moores Cancer Center at UC San Diego Health became the first person in the world to be treated with FT500, a human-induced pluripotent stem cell therapy which uses lab-grown “natural killer cells,” or NK cells, to target cancer.

Why does it matter? Cell therapy, in which human cells are harnessed to fight specific diseases, is an area of immense promise in medicine, including cancer treatment. In November, the U.S. Food and Drug Administration gave the go-ahead for clinical trials to begin on FT500, developed by UCSD and Fate Therapeutics. Unlike other cell therapies, FT500 doesn’t need to be matched to individual patients — it could “be administered in the outpatient setting as an ‘off-the-shelf’ cell product, reducing the time and resources needed to treat patients,” according to UCSD.

How does it work? Derived from adult cells, induced pluripotent stem cells can be programmed, essentially, to turn into any cell in the body — including NK cells, specialized cells that are particularly effective at eradicating cancer cells. The first patient, Derek Ruff, was in remission from cancer for a decade before it returned as stage IV colon cancer that resisted aggressive chemotherapy and other treatments. He’s the first of up to 64 patients in a trial that will evaluate the effectiveness of FT500, administered both by itself and in conjunction with other immunotherapies. “My options aren’t otherwise good,” Ruff said. “Some people may not opt for a clinical trial, but for me, I want a chance at a cure.”

This House Is Fit To Print


What is it? In 2018 in Austin, Texas, a collaboration between a nonprofit seeking to end homelessness and a socially oriented construction-tech company led to a fully permitted tiny house built by 3D printer in less than 24 hours. Last month the partners said they’re breaking ground on a project in Latin America to create the world’s first 3D-printed community, which will provide housing to more than 400 people who don’t have it.

Why does it matter? The (quite lovely) prototype house cost only $10,000 to build, a number the construction company, Icon, said it could drive as low as $4,000. The company said in a press release when the house was unveiled, “The 3D-printed home serves as proof-of-concept for sustainable homebuilding that will allow for safer, more affordable homes for more families, faster than ever. The printer, called the Vulcan, is designed to work under the constraints that are common in places like Haiti and rural El Salvador where power can be unpredictable, potable water is not a guarantee and technical assistance is sparse. It’s designed to tackle housing shortages for vulnerable populations instead of building with profit motivation.”

How does it work? Icon’s Vulcan II printer is a portable machine that produces almost no waste. It printed the test house out of layer upon layer of concrete, resulting — as Curbed notes — “in ridged walls that provide more visual and textural interest than those made of a flat layer of cement or cinderblocks. Clerestory and conventional windows provide plenty of light, and there’s even a sweet covered porch wrapping around two sides of the house.”

How to Housebreak Your Robot


What is it? A team at the University of California, Berkeley, has created a new robot arm — called Blue — that they say could amount to an Apple II: a technological achievement with revolutionary implications, like the introduction of the Apple changed personal computing forever.

Why does it matter? Like the Apple, Blue takes complicated technology and brings it home, literally: As a new article in IEEE Spectrum points out, most robots today are created for industrial settings and designed with industrial parameters in mind, like speed and repeatability. Those parameters won’t fly in domestic settings, though — for instance, with young children around, where robots need to be safe and responsive. Blue is a robot arm designed to be useful to researchers trying to figure out how best to adapt robotics for the home, and at $5,000 it’s cheap enough that its creators are hoping a lot of people will give it a go.

How does it work? Blue can be operated with a VR headset, and because it’s equipped with artificial intelligence capabilities it can learn as it goes. Its creators have simple domestic labor in mind, like stocking a refrigerator, folding clothes, wiping up after a spill and cleaning the bathroom. Cleaning the bathroom! Finally, a robot that’s useful.