A Hungarian ophthalmologist is using gene therapy to restore sight to people with vision loss, a tree-climbing robot designed by Indian engineers makes the job of coconut harvesting a little easier, and a Japanese team used a very powerful laser to shed light into some of the universe’s darkest corners — here on Earth. Hopefully you’ll find something illuminating, too, in this week’s global haul of the coolest scientific advances.

What is it? Researchers at Switzerland’s École Polytechnique Fédérale de Lausanne designed an electronic chip that integrates its own cooling system — paving the way for more compact and efficient devices.

Why does it matter? Electronic devices are ubiquitous today, but the heat they generate can pose an environmental challenge, as cooling systems can be costly and energy-intensive. EPFL professor Elison Matioli said, “It’s becoming increasingly important to minimize the environmental impact, so we need innovative cooling technologies that can efficiently process the large amounts of heat produced in a sustainable and cost-effective way.”

How does it work? Previously, the two systems involved here were conceived separately — the electronics by electronics engineers and the cooling by mechanical engineers. The EPFL team sought greater efficiency by integrating the two systems, etching capillary-like microfluidic channels along the surface of the chip: “We placed microfluidic channels very close to the transistor’s hot spots, with a straightforward and integrated fabrication process, so that we could extract the heat in exactly the right place and prevent it from spreading throughout the device,” Matioli said. They used deionized water, which doesn’t conduct electricity, as the cooling liquid. The technology is described further in Nature.

Eyes And The Prize

What is it? In a Sept. 7 ceremony, the prestigious Körber European Science Prize was awarded to Hungarian physician Botond Roska, who’s using gene therapy to make strides toward a vital goal: restoring sight to those with lost vision.

Why does it matter? About a third of people over the age of 65 experience some form of vision loss, with age-related eye diseases becoming more common as people live longer lives. Most eye diseases related to age-related or hereditary defects occur in the retina, which is where Roska has focused his work. Founding director of the Institute of Molecular and Clinical Ophthalmology at the University of Basel, Roska has begun clinical tests in blind patients of his new treatment, which aims to restore the light-sensitive receptors necessary for vision.

How does it work? First, Roska and colleagues cataloged the roughly 100 types of cells found in the retina in hopes of understanding how the eye processes visual signals, then began to trace specific retinal diseases to gene defects in specific cells. The Körber Foundation, which hands out the prize, cited his “genuine breakthrough” as “when he reprogrammed a cell type in the eye, enabling it to take over the function of defective light receptor cells. He was thus able to make blind retinas light-sensitive again.” Click here for a brochure (PDF) that details Roska’s work.

This Robot Is Coconuts

What is it? Indian engineers designed a robot that can climb palm trees and harvest coconuts.

Why does it matter? Coconut harvesting can be hazardous work, requiring skilled humans to climb up to 15 meters from the ground to hack off the fruit (technically a “fibrous one-seeded drupe,” not an actual nut). And there’s a shortage of workers, as Rajesh Kannan Megalingam, an assistant professor at South India’s Amrita Vishwa Vidyapeetham University, told IEEE Spectrum: “Our ultimate aim is to commercialize this product and to help the coconut farmers. In Kerala state, there are only 7,000 trained coconut tree climbers, whereas the requirement is about 50,000 trained climbers. The situation is similar in other states in India like Tamil Nadu, Andhra, and Karnataka, where coconut is grown in large numbers.”

How does it work? Megalingam and colleagues named their robot Amaran, and compared its tree-climbing abilities with those of a 50-year-old experienced human coconut harvester. The machine is made of a ring-shaped diameter, a set of wheels that enable it to move up and down a tree, and a robotic arm to chop off bunches of coconuts — all controlled via joystick by a person on the ground. In the comparison, humans still picked coconuts faster, but Amaran won in terms of endurance: While humans average about 15 trees a day before tiring out, Amaran notched up 22. Learn more about it in IEEE/ASME Transactions on Mechatronics. 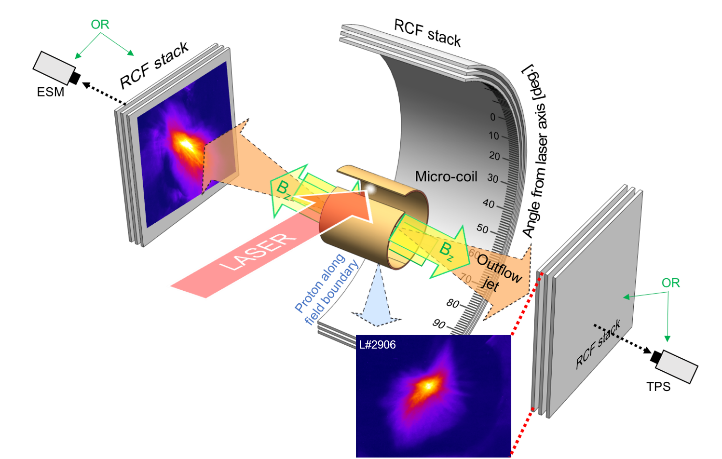 What is it? Researchers at Osaka University in Japan used short but extremely powerful laser blasts to create conditions similar to those surrounding a black hole.

Why does it matter? They’re seeking to better understand the X-ray emissions detected from black holes. Those are related to a process called magnetic reconnection, when magnetic field lines within plasma — the superhot fourth state of matter — “suddenly ‘snap’ and cancel each other out, resulting in the rapid conversion of magnetic energy into particle kinetic activity,” as Osaka University explains in a news release. In stars, the event is what causes coronal activity like solar flares.

How does it work? With — as mentioned — a very, very powerful machine: the LFEX laser, located at Osaka’s Institute of Laser Engineering. When LFEX went online, an article in Science Alert explained that it was about 100 meters long, used glass “lamps” to magnify a laser beam along the track, and was capable of producing “concentrated energy equivalent of 1,000 times the world’s electricity consumption” — though for only one-trillionth of a second, and in a vacuum. The Osaka University team described in Physical Review E how they harnessed that power to study some of the universe’s most mysterious objects. 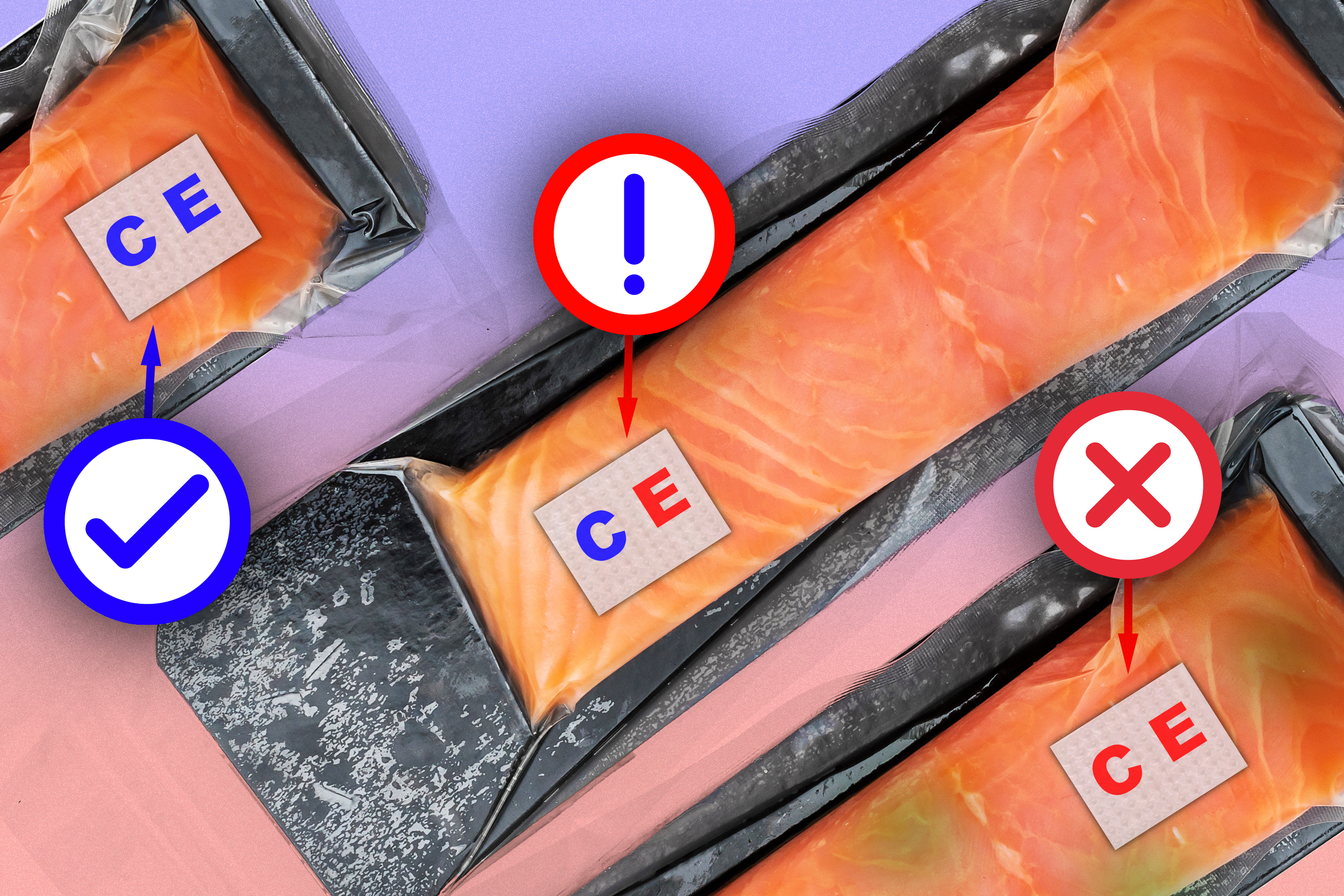 What is it? Engineers at MIT used silk microneedles to design a “Velcro-like” sensor that changes color to indicate if food is spoiled or contaminated.

Why does it matter? The team hopes the sensor could help forestall outbreaks — such as of salmonella or E. coli — and prevent food waste: Consumers often throw out food just because it’s been in the fridge for a while, not necessarily because it’s gone bad. “There is a lot of food that’s wasted due to lack of proper labeling, and we’re throwing food away without even knowing if it’s spoiled or not,” said engineering professor Benedetto Marelli. “People also waste a lot of food after outbreaks, because they’re not sure if the food is actually contaminated or not. A technology like this would give confidence to the end user to not waste food.”

How does it work? Molded out of a solution of edible proteins, the microneedles can pierce through plastic packaging and draw fluid into the back of the sensor, where it’s exposed to two types of specialized ink. One of them changes color when it detects fluid in a certain pH range that can indicate spoilage; the other turns color in the presence of pathogenic bacteria including E. coli. The technology is described further in Advanced Functional Materials.