Brain cancer cells are being lured to their doom, artificial neural networks are functioning even more like human gray matter, and lab-grown chimpanzee “mini-brains” are enriching our understanding of human evolution. In this week’s coolest scientific discoveries, researchers have got a lot on their minds.


What is it? A medical device that controls the spread of the aggressive brain cancer glioblastoma by acting as a “pied piper” — it draws tumor cells toward the exterior of the brain, where they can be removed — has been given “breakthrough” designation by the U.S. Food and Drug Administration.

Why does it matter? That status speeds the review and approval of the device, which researchers call a “tumor monorail” and which has successfully been tested in rats. They hope to get FDA go-ahead for testing on human subjects by the end of 2019. The development builds off research conducted at Georgia Tech and Atlanta’s Emory University and first described in Nature Materials in 2014. Barun Brahma, a neurosurgeon working on the project, said, “The tumor monorail device is a true game-changer in how we think about treating brain tumors. There are many tumors that are considered inoperable due to the location of the tumor or the frailty of the patient. This device affords clinicians the ability to surgically treat these tumors with a minimal approach.”

How does it work? The latest iteration is a long catheter-like tube placed between the brain’s hemispheres, where glioblastoma likes to spread through white matter. The device mimics the white matter, drawing cancer cells up the tube and into a small reservoir under the scalp where they can be collected and killed. The device doesn’t remove cancer altogether, but scientists hope it’ll make glioblastoma a manageable condition rather than a death sentence.


What is it? At Texas A&M, biologist Ken Muneoka and his colleagues have been working on new ways to help mammals regenerate joint tissue at the site of wounds.

Why does it matter? Unlike critters like salamanders, mammals aren’t particularly good at wound regeneration. His research, Muneoka explains, might shed some light on evolutionary processes: “There's this basic idea that regeneration is really an ancient property that evolved very early and then disappeared in some animals and has been regained in some animals. There's good evidence that there is selective pressure to gain or lose regeneration.” Muneoka et al, writing in Nature, think their findings offer evidence that mammals might have retained some cellular capacity for joint regeneration, even if evolution has caused us to lose the knack. And then there’s the more immediate clinical significance: Bone and joint regeneration could help people suffering from injuries and conditions like osteoarthritis.

How does it work? In previous research, Muneoka’s lab figured out how to use a growth factor called bone morphogenetic protein-2, or BMP-2, to elongate the stump of a bone that had been injured. They hit a wall when they came to the joint, though, and in their latest advance they’ve added another growth factor, BMP-9, that stimulates the growth of joint structures. This work is proceeding by baby steps, but one of the major triumphs is the fact that it can be done at all, Muneoka said: “It really demonstrates that these cells have the ability to replace themselves and we just haven't figured out how to do that.”

Computers Get Even More Brainlike 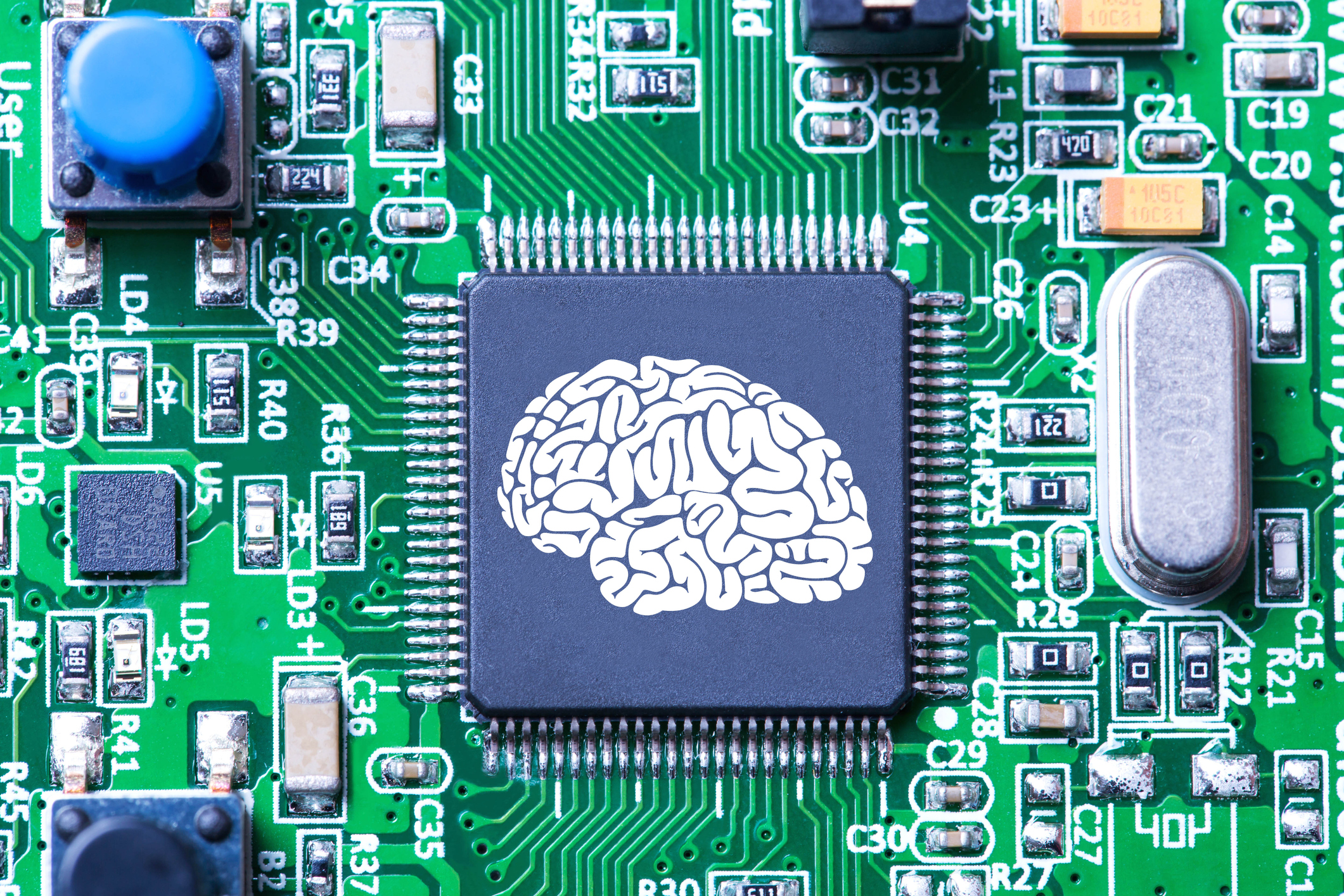 “Our organic electrochemical transistor can ... carry out the work of thousands of normal transistors with an energy consumption that approaches the energy consumed when a human brain transmits signals between two cells,” said Simone Fabiano, who developed the learning transistor with Jennifer Gerasimov. Image credit: Getty Images.


What is it? At Sweden’s Linkoping University, scientists have designed a transistor that “has the ability to learn, and is equipped with both short-term and long-term memory.” The university said the technology is “a major step on the way to creating technology that mimics the human brain.”

Why does it matter? In the emerging field of deep learning, machines designed to mimic human neural networks can perform all sorts of uncanny tasks, including recognizing objects, finding their way around buildings, playing Jenga, translating speech, etc. All of this takes astronomically more energy than the soft stuff inside our noggins need. That’s where the Swedish breakthrough comes in. “Our organic electrochemical transistor can ... carry out the work of thousands of normal transistors with an energy consumption that approaches the energy consumed when a human brain transmits signals between two cells,” said Simone Fabiano, who developed the learning transistor with Jennifer Gerasimov. Their team detailed their results in Advanced Science.

How does it work? A typical transistor, like on a circuit board, switches or amplifies electrical power, modulating the output signal depending on the characteristics of the input signal. The Linkoping team, the university explains in a release, developed an “organic electrochemical transistor” in which the channel can be “formed, grown, or shrunk.” Its behavior is almost Pavlovian. “They have incorporated the transistor into an electronic circuit that learns how to link a certain stimulus with an output signal, in the same way that a dog learns that the sound of a food bowl being prepared means that dinner is on the way.”

A Shot In The Gut 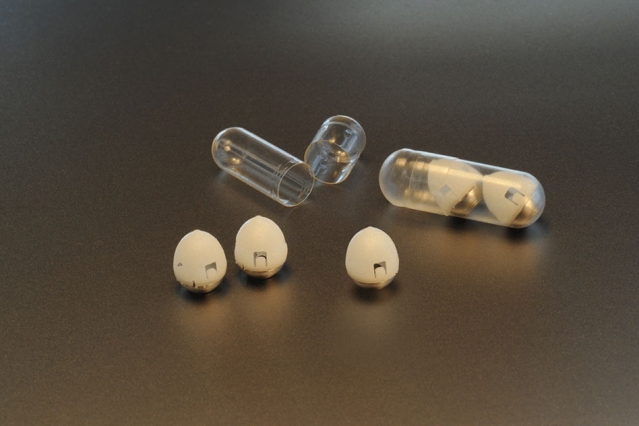 “Our motivation is to make it easier for patients to take medication, particularly medications that require an injection,” said Giovanni Traverso, a senior author of the study. Image credit: Felice Frankel.


What is it? A team led by researchers from MIT has designed a drug delivery device that might eliminate the need for people with type 1 diabetes to give themselves daily insulin injections: an ingestible pill with a needle on it that delivers insulin into the bloodstream via the stomach wall.

Why does it matter? “Our motivation is to make it easier for patients to take medication, particularly medications that require an injection,” said Giovanni Traverso, a senior author of the study, which appears in Science. Insulin is a classic example, but the tech could also be used for other protein drugs that typically require injections, like immunosuppressant treatments for rheumatoid arthritis and inflammatory bowel disease.

How does it work? As mentioned, it’s a capsule with a needle on it. MIT will take it from there: ”The tip of the needle is made of nearly 100 percent compressed, freeze-dried insulin, using the same process used to form tablets of medicine. The shaft of the needle, which does not enter the stomach wall, is made from another biodegradable material. Within the capsule, the needle is attached to a compressed spring that is held in place by a disk made of sugar. When the capsule is swallowed, water in the stomach dissolves the sugar disk, releasing the spring and injecting the needle into the stomach wall.” Where’d researchers find inspiration for such a creative system? Tortoises. Specifically the leopard tortoise, which has a steeply domed shell so it can easily right itself if it gets flipped over. Using computer modeling, researchers designed a tortoise-esque shape for their own capsule that helps it get its bearings in the stomach.

Above: The human (left) and chimpanzee (right) brain organoids contain multiple types of neural stem cells (red and green) and mature brain cells (magenta and cyan), mimicking the development of real human and chimpanzee brains. (Scale bar 100 micrometers). Image and caption credits: Pollen and Kriegstein Labs / UCSF. Top: Chimps are among humans’ closest relatives, and as such could offer vital information into how we developed as a species. Image credit: Getty Images.


What is it? Scientists at the University of California, San Francisco — the city where some of “Planet of the Apes” transpired; just saying — have created chimpanzee brain organoids in the lab. Those are, basically, mini-brains, and a hot topic in medical research, as we’ve discussed before.

Why does it matter? Chimps are among humans’ closest relatives, and as such could offer vital information into how we developed as a species: Somewhere in between them and us, the human neocortex grew three times as big, which is why chimps sometimes throw feces to communicate their feelings whereas people use social media. Research into chimp brains has been hampered by ethical concerns, though — until now.

How does it work? Researchers developed the chimp mini-brains using the time-honored method of induced pluripotent stem cells — adult cells reprogrammed into undifferentiated cells that can grow to become any tissue in the body. From there, they were able to look at genetic activity at different stages of brain development, including where human cerebral growth differs from chimps’. The study was published in Cell; co-first author Alex Pollen said, “These chimpanzee organoids give us an otherwise inaccessible window to six million years of our evolution. They let us ask new questions about what makes us human.”