Tiny robots will repair Britain's sewer system, an algorithm helps digital cameras see around corners and a controversial gene therapy technique could change the game for infertile people. All that and more in this week's coolest scientific advances.

Three Genetic Parents And A Baby 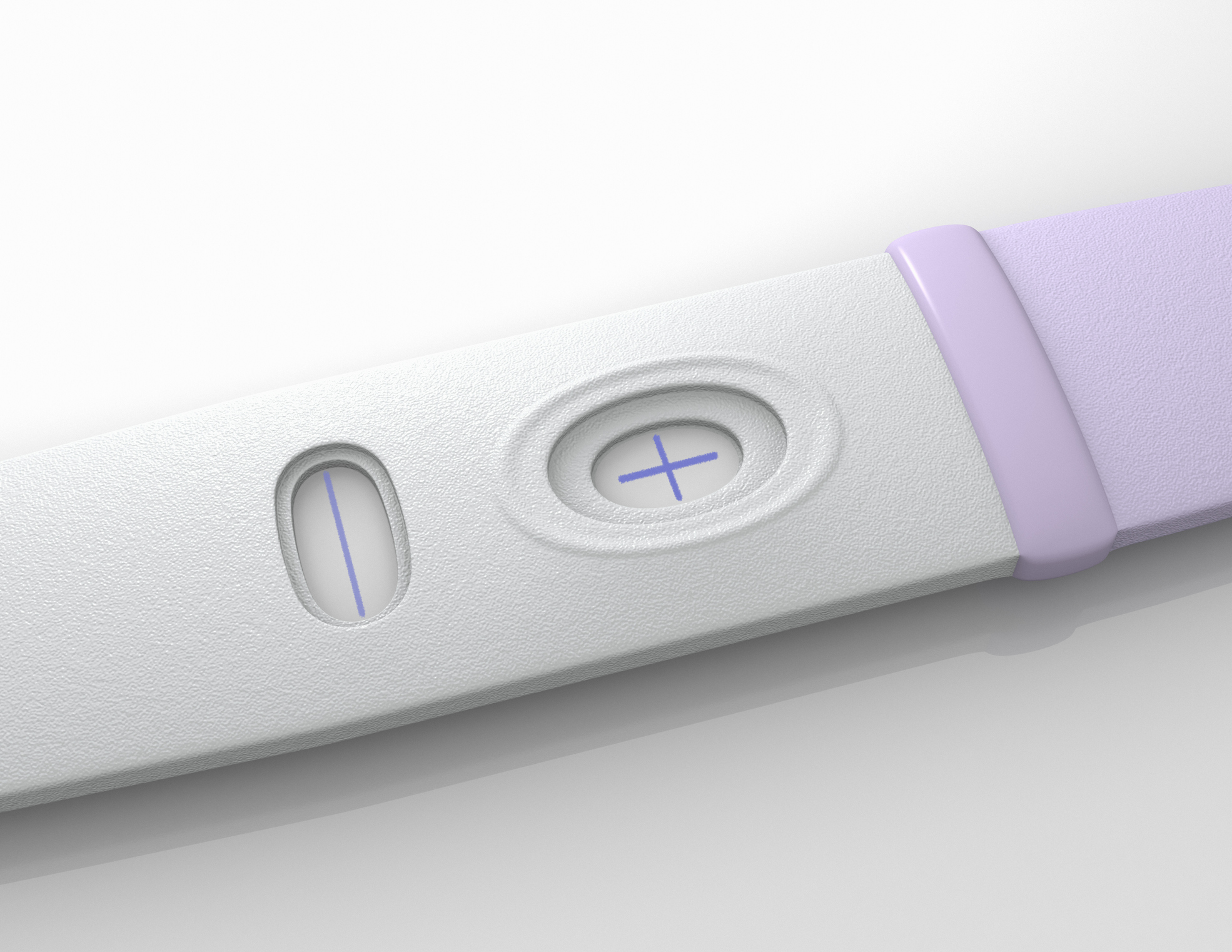 The team used a technique called maternal spindle transfer, wherein the nucleus from the mother's egg, which holds the vast majority of genetic information, is extracted and implanted into the egg of a donor with healthy mitochondria. After that, STAT explains, the procedure is similar to IVF: The modified egg is fertilized with sperm and implanted into the uterus. Image credit: Getty Images.


What is it? In Greece, mitochondrial replacement therapy has been used for the first time to treat infertility: A 32-year-old woman successfully became pregnant via a procedure that involves the DNA of three people.

Why does it matter? Mitochondria are energy producers often called the "power plants" of the cell, and mutations in mitochondrial DNA passed from mother to child, can leave babies with an incurable genetic disorder that hinders development and physical and cognitive function. Mitochondrial replacement therapy has emerged as a way to ensure the healthy gestation and birth of genetically at-risk babies. Because it relies on donated DNA from a third party — i.e., not just two parents — critics worry MRT could be an "early form of gene editing" that could produce unintended consequences in later offspring. The procedure is banned in the U.S., and the U.K. has approved it only in rare cases related to genetic risk. As an alternative to in vitro fertilization, though, "it could lead to a radical new way to have children for older women and those struggling to get pregnant," according to STAT.

How does it work? The procedure in Greece was conducted by a company from Spain, where MRT isn't approved. The team used a technique called maternal spindle transfer, wherein the nucleus from the mother's egg, which holds the vast majority of genetic information, is extracted and implanted into the egg of a donor with healthy mitochondria. After that, STAT explains, the procedure is similar to IVF: The modified egg is fertilized with sperm and implanted into the uterus.

Sweden Will Pass On Gas (And Diesel) 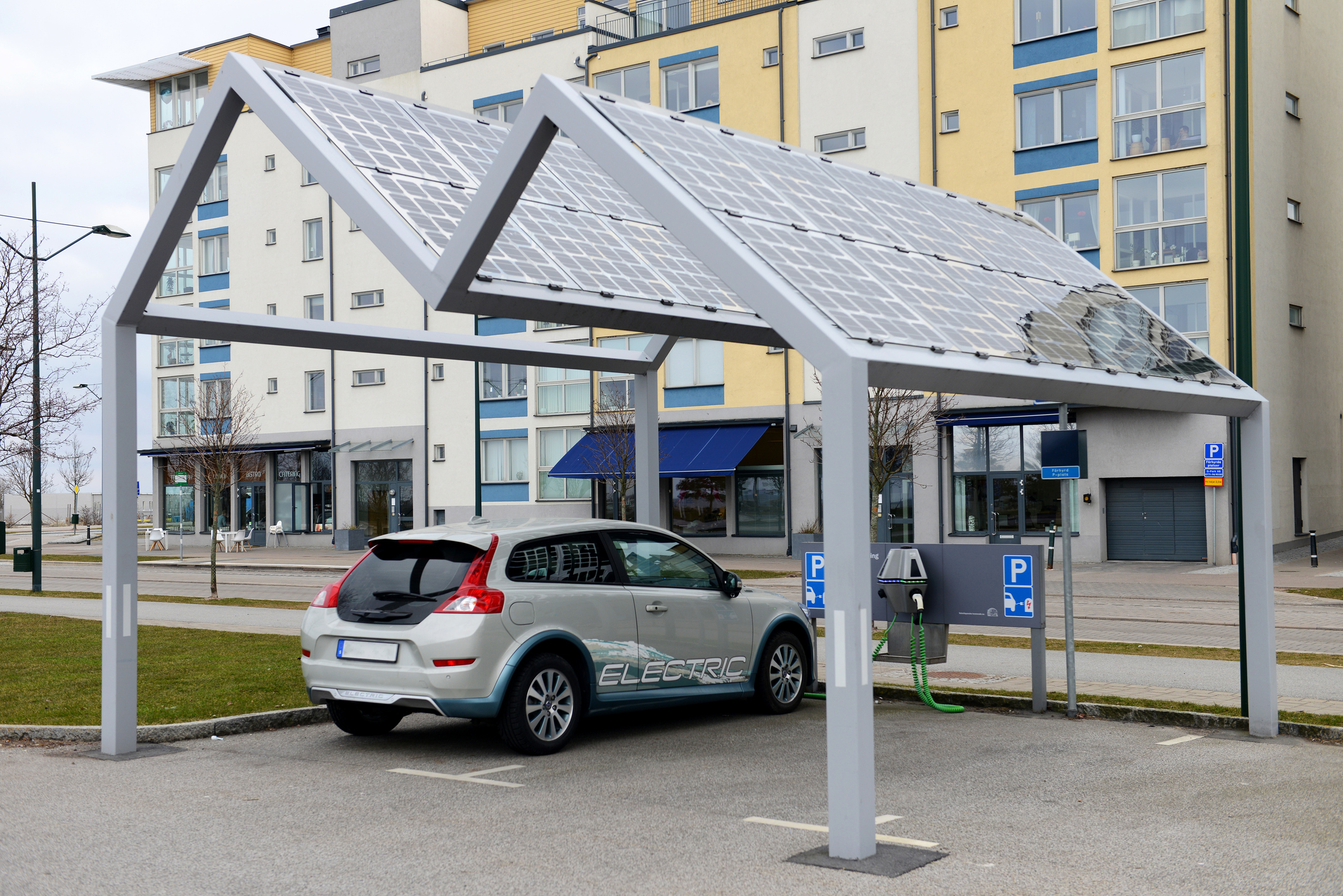 
What is it? Sales of cars that burn gas or diesel will be banned in Sweden after 2030, Prime Minister Stefan Löfven announced this week, while other European countries are considering similar bans on different time frames.

Why does it matter? The latest update from the United Nations’ Intergovernmental Panel on Climate Change, issued last October, gives the world's governments just about a dozen years to drastically reduce fossil fuel emissions and forestall the worst effects of climate change. The transportation sector is a major emitter of greenhouse gases.

How does it work? As CleanTechnica notes, Sweden joins a growing list of countries that've announced bans on gas-powered vehicles on a similar timeline, including Norway, Costa Rica and South Korea. Other European countries aim to do the same but more slowly: In Germany, for instance, a proposed ban on vehicles powered by internal combustion wouldn't take effect until 2050.

Will Deep Learning Get Deep-Sixed?

Promising as it seems, MIT's review suggests that deep learning could just represent one stop on a longer AI journey. Top and above images credit: Getty Images.


What is it? Finding that trends in artificial intelligence come and go quickly, a recent analysis by MIT Technology Review aimed to predict where AI trends are heading by examining where they've been. Deep learning has been at the "forefront" of AI for almost 10 years, analysts found, and the field might be ready for its next big thing.

Why does it matter? In recent memory, deep learning has helped artificial intelligence power Google's search results, Facebook's news feed and Netflix's film recommendations, writes MIT Tech Review AI reporter Karen Hao. It also is proven capable of mimicking human skills like speech, sight and hearing — all of which draws the AI field closer in its "quest to replicate our own intelligence." Promising as it seems, though, MIT's review suggests that deep learning could just represent one stop on a longer journey. "Through our analysis, we found three major trends: a shift toward machine learning during the late 1990s and early 2000s, a rise in the popularity of neural networks beginning in the early 2010s, and growth in reinforcement learning in the past few years," Hao wrote.

How does it work? The team behind the analysis combed decades' worth of scientific papers concerning AI. They downloaded the abstracts of 16,625 papers available in the "artificial intelligence" section of arXiv, the world's largest open-source database of scientific papers, and created graphs that represented the rise and fall of key terms. For instance, around the turn of the 21st century, words "related to knowledge-based systems," such as "logic," "constraint" and "rule" all declined in use; meanwhile, words related to machine learning, like "data" and "network," skyrocketed. 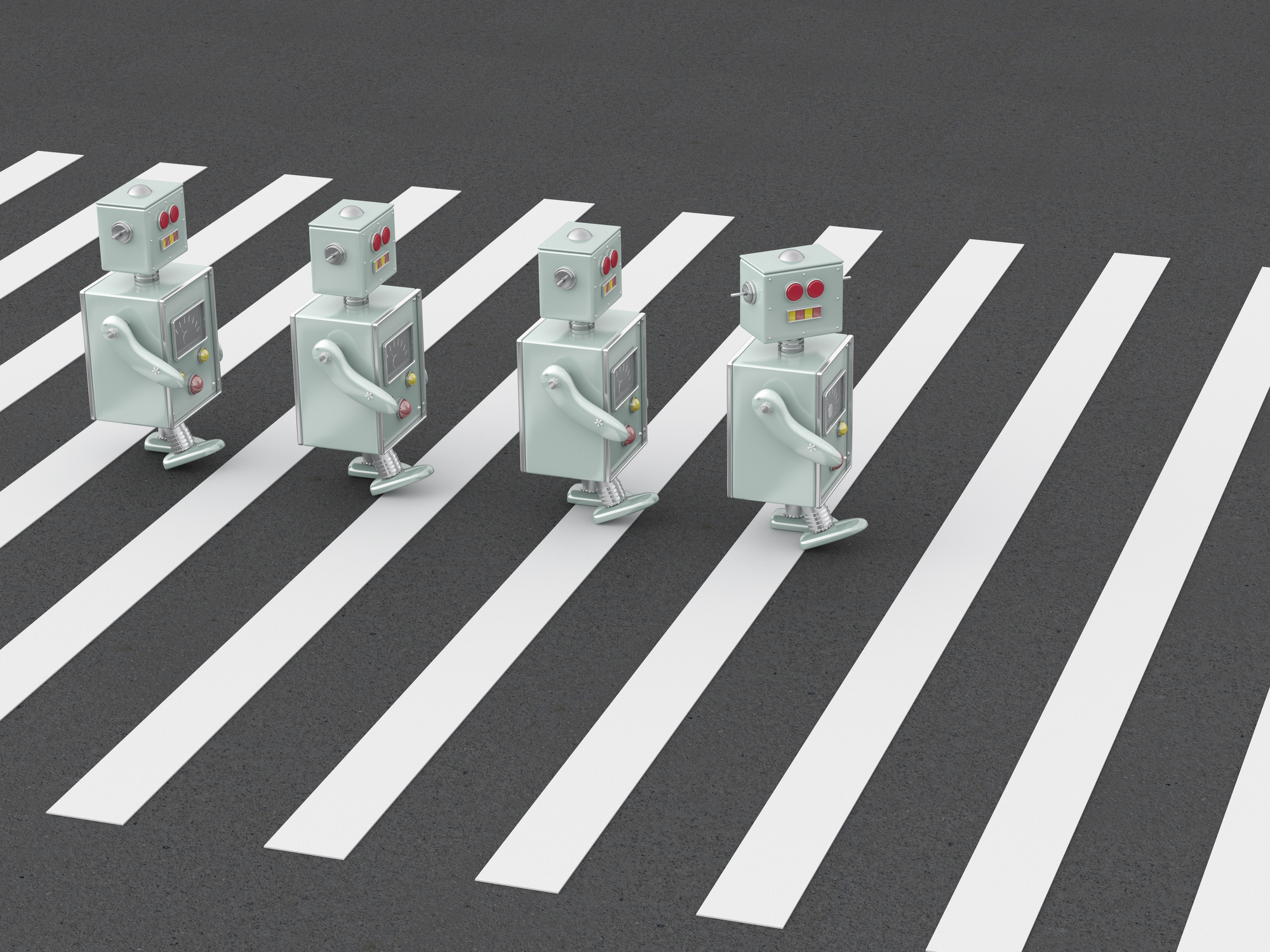 
What is it? The British government has funded scientists from four universities to create an army of tiny subterranean robots that can scour the U.K.'s extensive underground pipe network to identify cracks and make repairs. Just like a (hopefully) benign version of the sentinels in the "Matrix" movies.

Why does it matter? Some 1.5 million excavations took place last year beneath roads in Britain, wreaking traffic havoc, closing local businesses and resulting in costs exceeding 5 billion pounds, or more than $6.5 billion. The money for the tiny bots comes from a larger pool called the Industrial Strategy Challenge Fund, which is also paying for the development of robots that can perform hazardous tasks like maintaining offshore wind farms and decommissioning nuclear facilities.

How does it work? The machines will be 1 centimeter long but their design, of course, remains to be seen. And who knows: Once these bots fix the cracks in the pipes, maybe they can get around to tackling Britain's pesky fatberg problem. 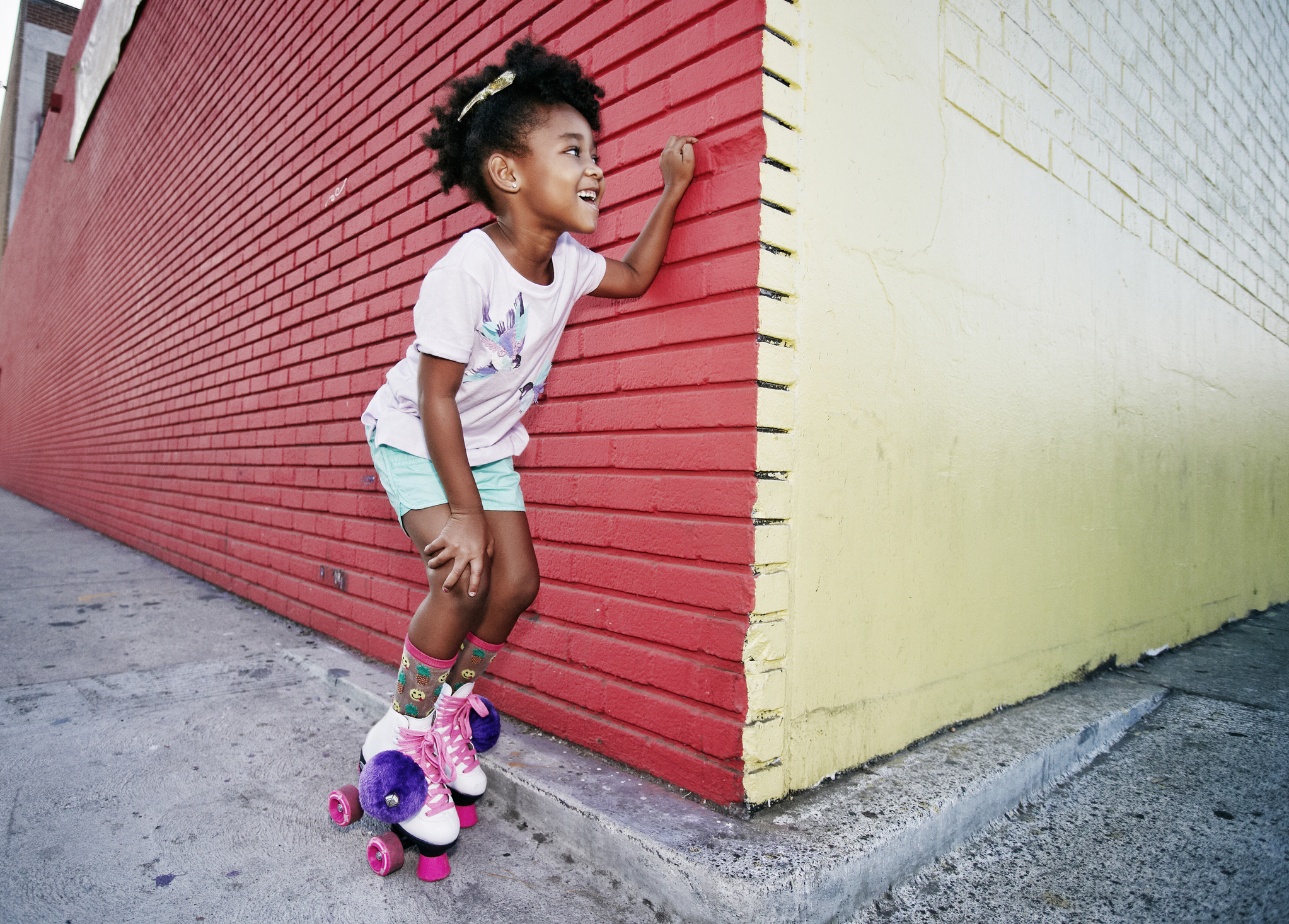 Boston University found a way to see around corners: "You can treat a wall as if it's a mirror," said study co-author Vivek Goyal.


What is it? Electrical engineers from Boston University have figured out a way to make an ordinary digital camera see around corners by analyzing how light bounces off the wall in front of it — using a bespoke algorithm but no special equipment.

Why does it matter? "It was thought to be practically impossible to reconstruct an image from only scattered light from a wall without any advanced instruments," said Allard Mosk, an optical physicist at the Netherlands' Utrecht University. But the Boston University folks found a way around the problem: "You can treat a wall as if it's a mirror," said study co-author Vivek Goyal. The tech could be used to navigate damaged or burning buildings, or for detecting "hidden adversaries." Though they themselves have no plans to do so, the team also thinks their technology could be turned into something like a seeing-around-corners smartphone app: "Admittedly, it has some fun ‘gee-whiz’ applications, and it probably has some creepy applications, too," Goyal said.

How does it work? Similar to how a mirror reflects rays of light lets you see around a corner, actually. When light hits the surface of a wall, though, its rays get scrambled and therefore become seemingly unintelligible. The Boston team found that if they placed a known obstacle between the screen and the wall, such as a chair, it helped keep the rays of light from getting too scrambled. They were then able to teach an algorithm to reconstruct the image on a computer screen from the available information. They explained their results in Nature.