Researchers developed an air filter that can kill coronavirus particles on contact, a new drug that targets the most aggressive type of breast cancer, and an integrated processor that could help robots understand and make decisions based on the interplay between their senses of sight and touch — just like humans. One thing robots haven’t learned to do yet, though? Get totally jazzed about cool scientific discoveries. Read on if you’re not a bot. 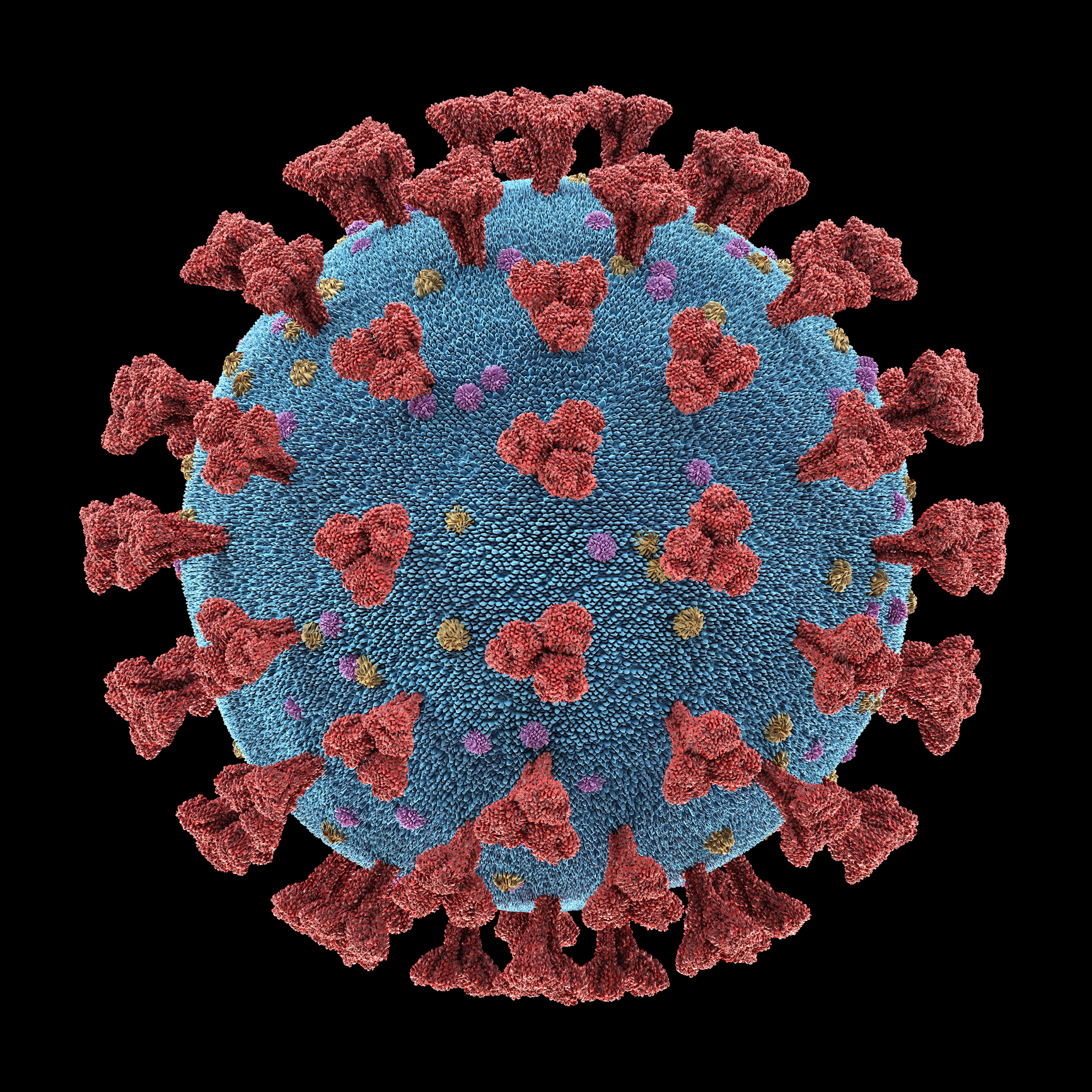 What is it? Researchers in Texas have created an air filter that can “catch and kill” coronavirus particles that pass through it, as well as anthrax spores.

Why does it matter? “This filter could be useful in airports and in airplanes, in office buildings, schools and cruise ships to stop the spread of COVID-19,” said Zhifeng Ren, a professor of physics at the University of Houston. Ren and colleagues at the Texas Center for Superconductivity partnered with the medical real estate firm Medistar to develop the device, which they describe in a new article in Materials Today Physics. Medistar is also working on a desktop model that could purify air in offices.

How does it work? The filter is made of electrically heated nickel foam. By operating it at about 200 degrees Fahrenheit, the researchers found a way to kill the SARS-CoV-2 virus particles almost instantly. 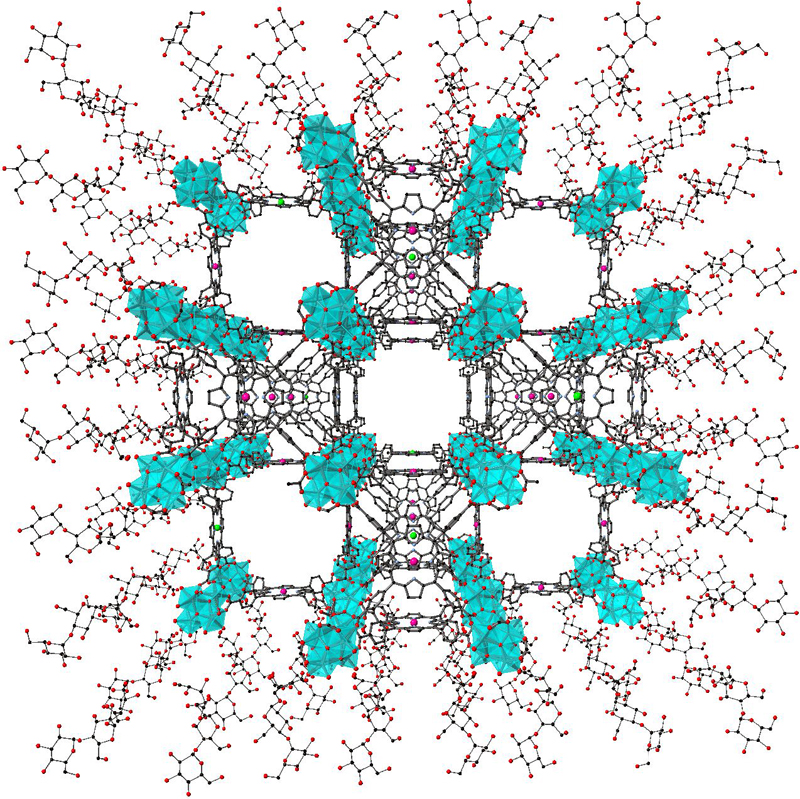 What is it? A new nano drug developed by researchers at the University of Arkansas kills “one of the most aggressive and fatal types of breast cancer.”

Why does it matter? The drug specifically targets the type of cancer cells called triple-negative cells. “As we know, thousands of women die from breast cancer each year. Patients with triple-negative cells are especially vulnerable, because of the toxic side effects of the only approved treatment for this type of cancer,” said Hassan Beyzavi, a professor of chemistry and biochemistry. “We’ve addressed this problem by developing a co-formulation that targets cancer cells and has no effect on healthy cells.”

How does it work? By combining two state-of-the-art medical technologies: a class of nanomaterials called metal organic frameworks, and an alternative to chemotherapy called targeted photodynamic therapy, which has been used in recent years to help physicians kill cancer cells without the use of surgery, chemo or radiation. The drug delivery system developed by Beyzavi and colleagues is described in Advanced Therapeutics. It could also be used in conjunction with MRI or fluorescence imaging to track the progress of drugs through the body.

See Me, Feel Me 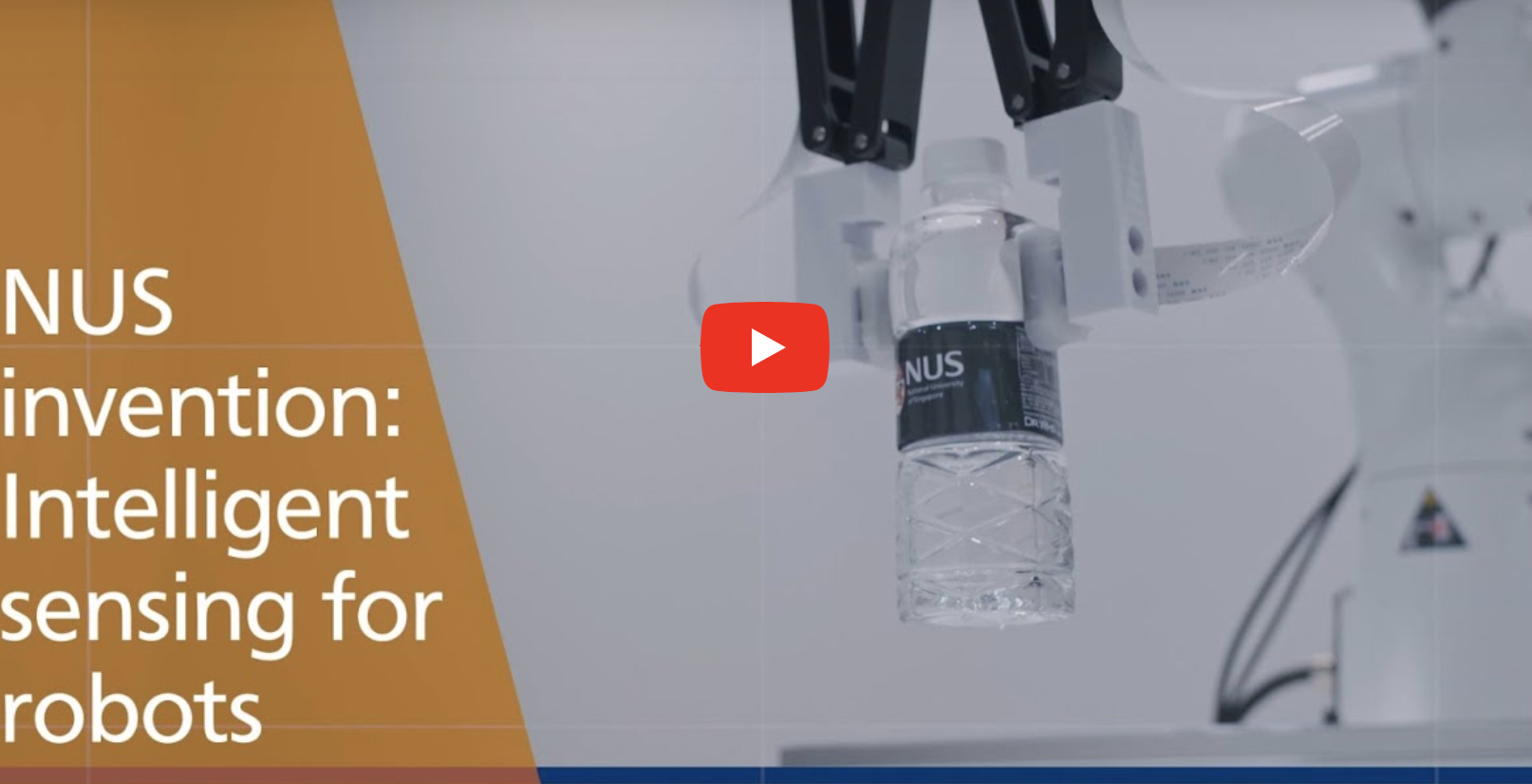 What is it? Roboticists at the National University of Singapore have made strides in helping robots quickly process sensory input — particularly that provided by the sense of touch.

Why does it matter? As NUS puts it in a news release, many people perform simple physical tasks like picking up a can of soda without giving it a second thought — but for a robot it involves a series of observations and calculations, including locating the object, deducing its shape, figuring out how much force to apply and so on. “The field of robotic manipulation has made great progress in recent years,” said NUS materials science and engineering professor Benjamin Tee. “However, fusing both vision and tactile information to provide a highly precise response in milliseconds remains a technology challenge. Our recent work combines our ultra-fast electronic skins and nervous systems with the latest innovations in vision sensing and AI for robots so that they can become smarter and more intuitive in physical interactions.”

How does it work? Tee and colleagues designed an integrated system that combines artificial skin and vision sensors with a “neuromorphic” processor — that is, one that mimics biological neural networks to enable the system to make decisions in real time. Tee’s colleague Harold Soh called the development “a step towards building power-efficient and trustworthy robots that can respond quickly and appropriately in unexpected situations.” The team presented their findings in a paper at the Robotics: Science and Systems conference.

It’s In The Blood 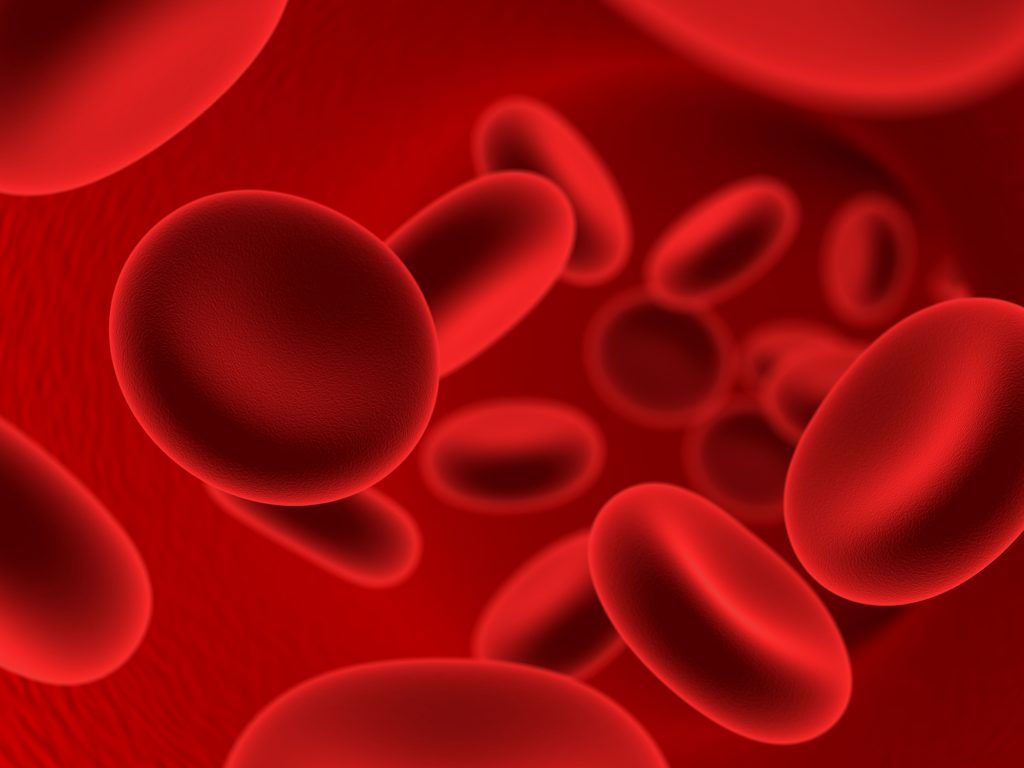 What is it? An international team of researchers say they developed a blood test that can detect stomach, esophageal, colorectal, lung and liver cancer up to four years before they could be diagnosed with conventional methods.

Why does it matter? Early detection enables early treatment, thereby boosting survival rates for cancer patients. “The ultimate goal would be performing blood tests like this routinely during annual health checkups,” said Kun Zhang, a professor of bioengineering at the University of California San Diego, and a co-author of a new paper on the test in Nature Communications. “But the immediate focus is to test people at higher risk, based on family history, age or other known risk factors.”

How does it work? Zhang and colleagues had access to a 10-year data set — blood samples collected as part of a longitudinal study conducted in China beginning in 2007 — which allowed them to search the blood for markers they could link with patients who were ultimately diagnosed with one of the five cancers. The test, called PanSeer, doesn’t predict which patients will go on to develop cancer; it indicates patients, with up to 91% accuracy, who already have cancerous growths but remain otherwise asymptomatic. 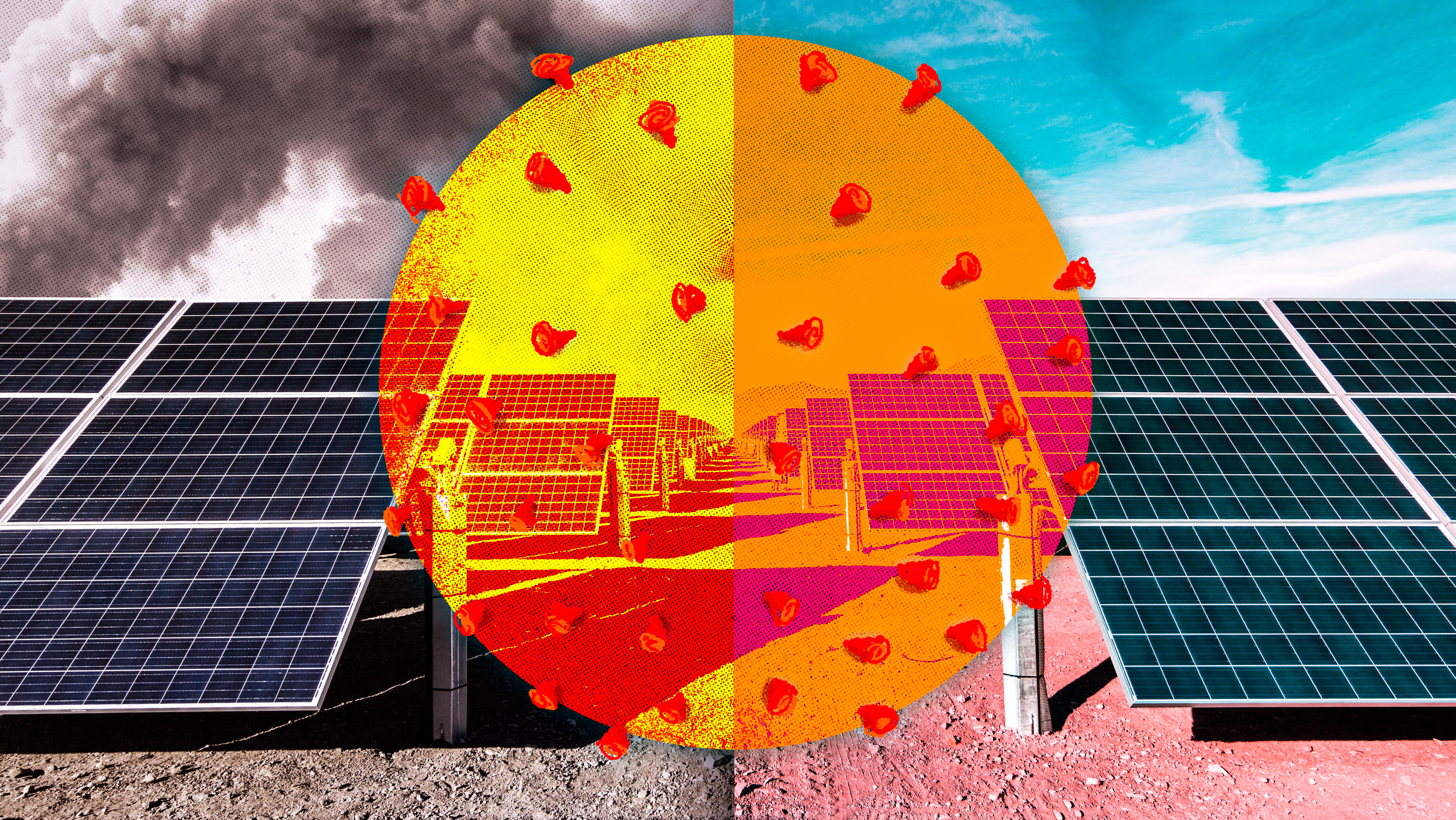 What is it? Plenty of people have observed the clearer skies associated with COVID-19-related lockdowns, and now an MIT study has found a new way to quantify them: According to researchers, less air pollution had “a measurable impact on the output from solar photovoltaic panels.” Solar installations in Delhi, India, the study site — and a city that has been suffering from poor air quality — increased their output by more than 8%.

Why does it matter? The study is the first, according to MIT News, “to demonstrate and quantify the impact of reduced air pollution on solar output” — a metric that’s typically hard to measure, given the many variables involved, such as clouds overhead and even dust on the solar arrays. The unusual circumstances of the abrupt worldwide shutdown gave researchers an opportunity.

How does it work? The team had already been working in Delhi, conducting research on the effects of a period of smog related to forest fires that occurred in 2013, in order to better understand the connection between climatic conditions and the output of solar panels. When the COVID-19 shutdowns began, they were able to use the mathematical tools they’d developed, and the data they had access to, to study the relationship between the cessation of pollution (which dropped about 50% following the shutdown in Delhi) and the performance of solar panels. They elaborated on the findings in the journal Joule.