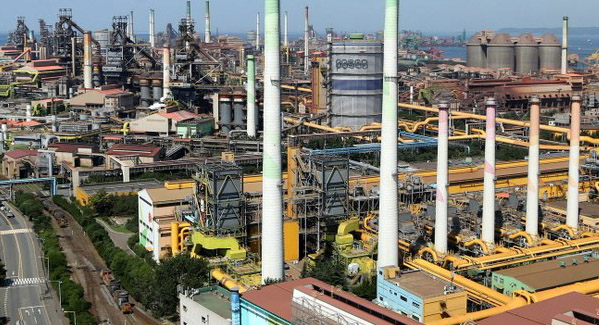 The project will help our facility to increase the supply of process steam to 70 tons per hour, up from the current 40 tons per hour. The performance gains from these upgrades are significant.

“We are excited to modernize several Toshiba-made steam turbines to help POSCO ensure the long-term availability of their steel production plant,” said Anders Maltesen, General Manager for GE’s Steam Power business for the Asia-Pacific region. “This is a great example of how we are able to service other manufacturers’ generation equipment as a result of GE’s acquisition of Alstom Power increased focus on servicing industrial steam turbines for our customers around the world.”

The agreement will also employ hardware and software technology solutions to safeguard against unforeseen occurrences—like unplanned downtown due to a malfunction, which could impact productivity. GE is focused on environmentally safe solutions that will cross GE and other OEM fleet infrastructures, resulting in low production cost, improved reliability, and expanded capability.

We have the experience and expertise to services more than 90 other OEM brands.

With the deepest core services knowledge of industrial steam applications, technologies, and services, our team can deliver on your total plant needs

Based on the results of a field test and engineering study, GE proposed a modernized configuration for ToAZ’s low- and high-pressure steam turbines.

Everyday services for your everyday operations

Our 6,000 field service employees deliver solutions that help secure a productive future for coal, nuclear and industrial plants all over the world.

Want to learn more about our industrial steam turbine services?