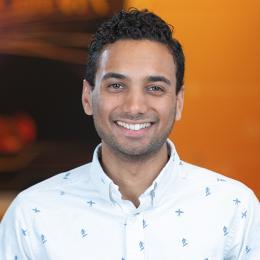 Yohan is an Edison Engineer in the Model-Based Controls group at GE Research. He currently works on the design and implementation of feedforward control algorithms for GE Aviation's T901 turboshaft engine.

In the past, he has worked on control software V&V for GE Aviation's F414 afterburning turbofan engine. He has also worked on hardware-in-the-loop testing for GE Renewables' wind turbine power converter controller. Other past projects include a DOE funded market analysis of power converter potential in combined heat and power plants.

During his MS, he researched power distribution system state estimation. He developed linear regression models for improving observability in networks with DERs.