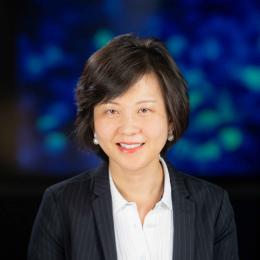 Wei is the Inclusion & Diversity Leader at GE Research, responsible for leading efforts in this area while working closely with the broader network of leaders across GE to drive sustainable change with real impact.

Most recently, Wei was the Technology Director for the Functional Materials Discipline at GE Research in Niskayuna, NY since 2017. In this role, Wei led a team of material scientists, chemists, physicists and chemical engineers to develop innovative material and engineering solutions that drives technology differentiation, system performance and product cost-out for our customers. Wei’s team worked on cutting edge technologies such as, Ceramic Matrix Composites ( CMC’s) that improves fuel efficiency for jet engines, advanced Energy Storage technologies – one of the critical elements of the world’s renewable energy ecosystem, Wearable Sensors that monitors vital signs of human bodies to enhance physical performance and healthcare, Insulation Materials that enables high power machines and motors, Optical Materials, Electronic Materials and Multiphysics Modeling.

Prior to this role, Wei was the Business Program Manager ( BPM) at GRC where she oversaw global technology development programs for GE Power and Water businesses, and was responsible for the technology strategy, program execution and innovation adoption. Prior to her BPM role, Wei was the General Manager of GE Research in Shanghai, where she led a multidisciplinary research team of over 200 technologists to innovate and develop new technologies, products and services for GE.  Wei started her career at GE Research in Shanghai, China as a research scientist in 2003.  Throughout her career at GE, Wei has led technology development at different phases, ranging from ideas discovery to feasibility validation, prototype building, and all the way to new product introduction.

Wei has a PhD in Materials Science from the University of Wisconsin-Madison.  Wei has more than 40 U.S. patents filed and has authored over 10 journal articles. Besides work, Wei has served on leadership roles for GE Women’s Network over many years.  She is also on the committee of the Society of Asian Scientists and Engineers (SASE).