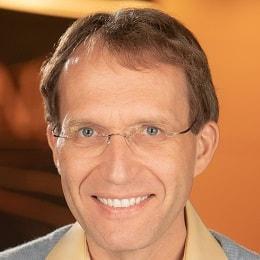 Uwe Wiedmann earned his B.S. and M.S. degrees in Electrical Engineering from the University of Karlsruhe (Germany) in 1994, and his Ph.D. from the Ecole Nationale Supérieure des Télécommunications (France) in Opto-Electronics in 1997. During his Ph.D. work, he investigated the application of Optical Low-Coherence Reflectometry to the analysis of semi-conductor lasers.

In 1998, he joined GE Healthcare in Buc (France), where he worked as a Mammography Systems Engineer, and then moved on to the X-Ray Generators Engineering department in 2001. There, he worked on metrology improvements to high-voltage related generator parameters, and he developed new X-ray generator modes that optimize tube voltage and tube current to reduce patient dose and improve image quality. He led the X-ray generator project for dual energy CT imaging from a research stage in 2006, until its commercialization as the Gemstone Spectral Imaging feature of the CT 750HD scanner in 2009. Uwe earned his Six Sigma Master Black Belt certification in 2011.

That same year, he joined GE Research in Niskayuna (NY, USA) as Senior Scientist in the High-Energy Physics Laboratory, where he has been working on both X-ray generator and X-ray tube improvements for Spectral Imaging, cumulating in their commercialization as GSI Xtream for the Revolution CT scanner in 2017.

Uwe is currently leading two service analytics projects. The first one introduces machine learning algorithms into the automatic log file analysis of medical devices, to streamline service operations and therefore reduce internal cost to serve. The second one develops algorithms to predict X-ray tube failures, in order to reduce unplanned downtime for the customer. These proactive algorithms are commercialized as Tube Watch.

I hope I will never need to use the complicated medical devices that I am designing. But I am so glad they exist, as they can be really life changing in case I need them.