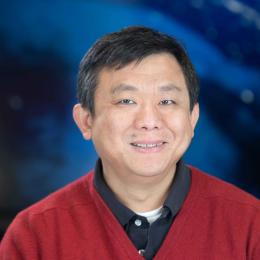 Tom has been at GE for 29 years, the first 15 years of which was spent at GE Healthcare. In his most recent role as Manager of the MR Systems Lab at GE Research, he was responsible for building a portfolio of projects from image analytics to magnet technologies that have been leveraged for successful externally-funded projects. At GE Healthcare, he led the development of the cardiac MR product as well as expanding applications in cardiovascular MRI and fast imaging. As Manager of the Applied Science Lab-East, he pioneered the co-location of GE scientists at academic sites, a practice that continues today.

Tom holds 81 issued US patents in medical imaging and has authored or co-authored over 110 book-chapters and peer-reviewed journal articles. He received his Ph.D. in Medical Physics from the University of Wisconsin-Madison, and has an A.B. in Physics and Mathematics from Kenyon College, Gambier, OH. He was recognized by the International Society of Magnetic Resonance in Medicine as a Fellow in 2012, and was inducted as a Fellow of the American Institute for Medical and Biological Engineering in 2018.  Tom is also a GE Coolidge Fellow. He is currently a co-Principal Investigator or Principal Investigator on 4 active NIH and DoD grants.