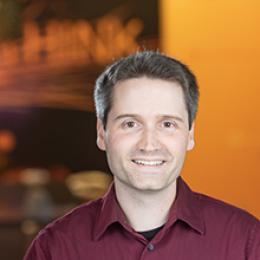 He has previously worked on aerial inspection efforts using autonomous drones to monitor the health of industrial assets, writing the motion planning software behind Avitas Systems, a GE Venture. On the Vertex program with GE Aviation Systems, he led the software development on planning, mission orchestration, and world modeling to identify targets using a heterogeneous team of UAVs with a mixture of EO and software-defined radio (SDR) sensing.

Prior to joining GE Research in 2016, Dr. Gray solved problems in motion planning and control for humanoid robots on Lockheed Martin’s team in the DARPA Robotics Challenge. He and GRC coworker Shiraj Sen took second place in the 2017 NASA Space Robotics Challenge, using a sliding-scale autonomy approach to enable a simulated R5 Valkyrie humanoid to accomplish maintenance tasks.  This system was demonstrated on MIT’s R5 in October 2017. Dr. Gray earned his B.S. in Mechanical Engineering from Caltech in 2007 and his M.S and Ph.D. from the University of Pennsylvania in 2010 and 2013, respectively, advised by Dr. Vijay Kumar in the General Robotics, Automation, Sensing, and Perception (GRASP) Laboratory.