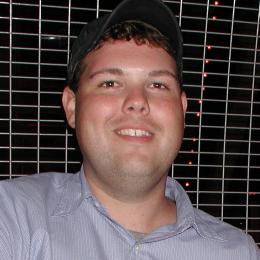 Rob's interest in environmentalism and thirst to understand the world began as a farm kid in rural Georgia.   These passions led him to studying science at Furman University where he was recruited to build a fluorescence system to measure trace pollutants in water.  That first experience shooting a UV laser at a capillary to test water he had collected from a stream hooked him.  He has been working in spectroscopy ever since.

In grad school at the University of Arizona, Rob used Raman spectroscopy to interrogate reactions on atmospheric cloud particles and to study the inner working of organic electronic devices.   Later as a postdoc at Sandia National lab, he built a novel spectroscopy setup to measure properties of organic solar cells.  His path next led to GE Research, where he been able to continue working on clean technologies and use spectroscopy to understand materials.
His curiosity and passion for making the world better still drive him and he is still shooting things with lasers.