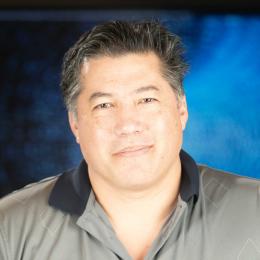 In 1990 Dr. Tu joined Sony Research in Tokyo Japan, where he developed a number of computer vision algorithms for man-machine interfaces. While at Oxford University, his research was devoted to the development of computer vision methods for the autumatic analysis of seismic imagery.

In 1997 Dr. Tu became a senior research scientist working at GE Research. In partnership with Lockheed Martin, he developed a set of latent fingerprint matching algorithms for the FBI Automatic Fingerprint Identification System (AFIS). Dr. Tu has also developed optical methods for the precise measurement of 3D parts in a manufacturing setting.

Dr. Tu was the principal investigator for the FBI ReFace project, which is tasked with developing an automatic system for face reconstruction from skeletal remains. In 2006, he was the principal investigator for the National Institute of Justice’s 3D Face Enhancer Program. This work was focused on improving face recognition from poor quality surveillance video.

In 2008, Dr Tu led the GE video analytics team that participated in the DHS STIDP demonstration program - the goal of STIDP is to establish an effective defense against suicide bomber attacks.

Never before have I been a part of such a dedicated, collaborative effort, spanning such a large portion of the company. It’s truly an amazing time to be working on next-generation materials.