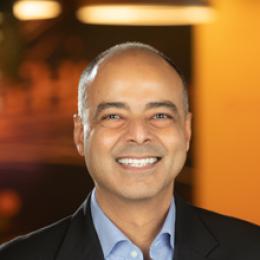 From 2014-2018, Munesh led a team of 8000+ GE engineers and scientists across GE's technology centers in India and China, driving growth in the regions by enhancing technical capability and through new product developments in renewable energy, affordable healthcare and transportation. In this capacity, Munesh served as the Chief Technology Officer for GE South Asia and GE China, focusing on locally relevant innovation in emerging growth markets.

Munesh’s prior positions at GE include VP for research at GE Healthcare, where he was responsible for research collaborations with academia and governments around the world, and CTO for GE Healthcare - India focused on affordable healthcare products and solutions for emerging markets. Munesh joined GE Healthcare in 2003 as Engineering Director for Patient Monitoring and was promoted in 2006 to General Manager for the Systems and Wireless division.

Prior to joining GE, Munesh was in the telecommunications industry and held positions in technology leadership, software engineering, new product development and product management.

Munesh has served on industry and community boards including the Wisconsin Technology Council, Purdue University Industrial advisory board, CII Expert Group on Technology and the GE Asian Pacific American Forum.