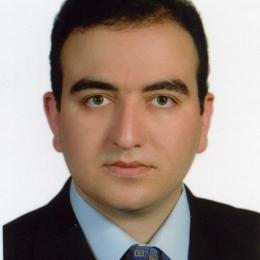 From 2001 to 2003, he was working as a Control and Automation Engineer in automotive manufacturing. From 2008 to 2011, he was with Maplesoft, Waterloo, Ontario, Canada, as a Research Engineer. He was the principal developer of the MapleSim Control Design Toolbox and was a member of the Maplesoft-Toyota joint research team. From 2011 to 2013, he was a Senior Research Engineer at United Technologies Research Center, East Hartford, CT, USA, working on advanced control systems, and complex systems modeling and simulation.

Since 2013 he has been with GE Research Center, Niskayuna, NY, USA, where he is currently a Principal Research Engineer. His research interests include estimation and detection theory, robust and nonlinear control, and machine learning with applications in cyber-physical security & resilience, diagnostics & prognostics, and autonomous systems. Dr. Abbaszadeh has been a recipient of multiple awards at GE including 2018 GE Dushman Award, 2018 GE Research Controls & Optimization Patent of the Year Award, 2020 GE Research Controls & Optimization Innovation Award and 2020 GE CTO Leadership Future Forward Award. He has over 110 peer-reviewed publications including 4 book chapters and over 50 issued/pending patents.

Dr. Abbaszadeh has served as editorial board member and technical program committee member of various journals and conferences. He is currently an Associate Editor of IEEE Transactions on Control Systems Technology, and a member of IEEE Control Systems Society Conference Editorial Board.

"It's great to work with such a brilliant and diverse team of researchers from machine learning, estimation theory, controls, modeling and simulation, on Digital Ghost, GE's next-generation technology for cyber-physical resilience".