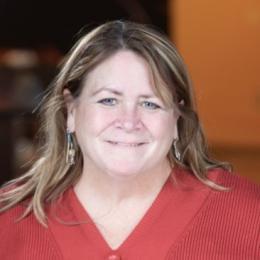 Lynn has worked at GE Research for 28 years. Most recently she has been working with GE Healthcare to connect their devices used in the manufacturing of autologous medicine to the cloud. Once the data is in the cloud she has developed analytics to demonstrate the value of data fusion between machines and the biological data. She was recently the project leader for a multi-year, multi-million dollar government project funded by the Veterans Administration. The project included leading a diverse group of researchers to develop a complex robotics system that integrated multiple robots with auto-ID, computer vision, system architecture and business systems integration technologies. The system was developed to allow human-robot collaboration in the sterile processing center of the hospital.  She is the COE leader for RFID implementation at various GE businesses including Power, Aviation, Healthcare and previously NBC Universal. Her formal education is in Chemistry but she has been working in the field of asset tracking and RFID Systems for the past 18 years.

Lynn has demonstrated project management and leadership skills on several internal GE projects and has also led several global RFID projects. She was the project leader on a multi-year program from the Bi-national Industrial Research and Development (BIRD) Foundation in Israel. She led a multi-national team to develop and integrate an Ultra-Wide Band RFID Reader with the GE Veriwise™ trailer tracking solution to bring item level visibility while in-transit. A second multi-year international project she led was with GE Aviation and Korea Airlines. This multi-national team was comprised of two Korean Universities (KAU & INHA) and Korean Air Lines (KAL). The project evaluated the use of RFID in KAL's global cargo shipping operations. The team investigated and tested in situ multiple RFID technologies to find a solution that would help KAL increase efficiency and throughput. The RFID system was integrated with a software solution to demonstrate the value of business process integration. She worked with GE Healthcare on the first full hospital rollout of an RFID patient and equipment tracking system. Lynn served as GE’s representative on the GS1 RFID Committee. She has been the guest speaker at multiple international conferences, IEEE RFID in 2013, published several papers and filed more than 25 U.S. Patents.