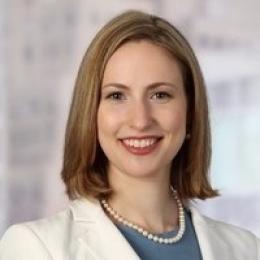 Limor is the general manager of incubation technologies for GE Research. In this role, she builds the sustainability growth engine to identify and accelerate technology projects into commercialization to help GE lead through the energy transition. Limor’s team then architects these projects into startups and partnerships to advance in high value markets, incubates them and partners with venture capital, family offices, and strategics to allow the innovations to flourish.

Prior to joining GE Research, Limor worked for Raytheon Technologies, where she led startup partnerships and product development as executive director of Ventures and Alliances. Limor has also led both large and small M&A transactions and high-stakes strategic transformations in the role of senior director, Corporate Strategy and Business Development. Prior to Raytheon, Limor was a management consultant with McKinsey & Company, where she led client projects focused on operations transformations across the industrial space. Earlier in her career, Limor was an atomic physicist at the U.S. Department of Energy.

Limor serves as an executive sponsor for the GE Women’s Network and is widely sought after as an advisor and mentor for early- and growth-stage startups.

Limor holds an AB in Physics from Harvard University and a PhD and Master of Science in Applied Physics from Stanford University.  She lives in Niskayuna, NY with her husband and two children.