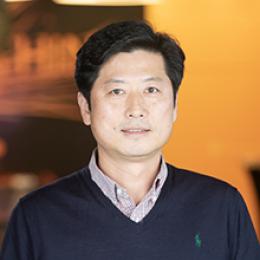 Dr. Kum-Kang Huh is a Principal Engineer in the Electric Power organization at GE Research.

Kum-Kang also worked in the automotive industry in Korea between 1995 and 2002.  He was with Mando corp. where he held broad range of responsibilities including new product introduction, advanced product development, and fundamental research.  As the manager of the motor controls group for the last three years, he led the product development of motor drives for electric power steering (EPS) systems. Prior to that, he played key roles in developing electric traction drives for electric and hybrid electric vehicles as a motor controls engineer.