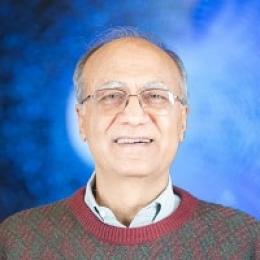 Krishan has been at GE Research for 42 years, and in his most recent role as Chief Materials Scientist he has been focusing on commercialization of the current generation of CMCs and development of the next generation of CMC systems, including Environmental Barrier Coatings, with a further improvement in capability by 300 F. From 2008 – 2010, he worked as the Global Technology Leader for Ceramic & Metallurgy Technologies, leading an organization of ~230 technologists working at sites in Niskayuna, NY, Bangalore, India and Shanghai, China. From 1976-2010, he had a variety of roles working on applications of high temperature thermodynamics and kinetics to metals, oxidation/corrosion, light bulbs, ceramics, and CMCs/EBCs (Environmental Barrier Coatings).

Krishan received his Ph.D. in Metallurgy and Materials Science from University of Pennsylvania, his M.Tech in Metallurgical Engineering from IIT Kanpur, India, and his Bachelors in Metallurgical Engineering from M.R. Engineering College, Jaipur in India. Krishan holds more than 40 patents in metals, coatings, lamps, CMCs, and EBCs. Krishan has presented at more than 100 conferences, more than 30 of them have been invited, keynote, and plenary. He has authored more than 100 technical papers, including some classic papers on high temperature oxidation and hot corrosion. Over the years, he has received tens of millions of dollars of research grants from various government agencies, including Department of Energy and NASA. He is the recipient of the Coolidge award, highest honor awarded to a researcher at GE Research.  He is a Fellow of the American Ceramic Society and recipient of the John Jeppson award of the American Ceramic Society. He is considered the father of CMCs at GE, and was recently profiled by Associated Press in May 2015, a story that was then published by newspapers worldwide.