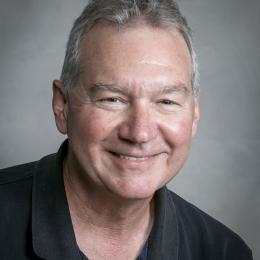 Dr. Keith McManus has been at GE Research since November 1999 as a Senior Engineer and contributed to a variety of programs in the Thermo-Sciences organization. He has led projects on low-emissions and fuel flexible combustion systems for GE’s gas turbine and jet engines. He has also employed the use of optical diagnostics and imaging to elucidate physical processes associated with turbulent combustion and combustion-acoustic interactions. Since 2011 he has served in several managerial roles at GE Research and most recently is the Technology Manager for Combustion.  Dr. McManus has approximately 33 years of experience and is an internationally recognized contributor to fundamental studies and applications of advanced combustion technology.

Prior to joining GE, Dr. McManus worked on active control of thermo-fluid systems during a 2-year post-doctoral visit to the C.N.R.S. combustion laboratory in Paris. He then joined Physical Sciences Inc. where he worked for seven years continuing to work in active flow control with aircraft aerodynamics as the focus. He led several government funded programs in this area that were funded by NASA, US Air Force, and the US Army.

Keith received his B.S. in Mechanical Engineering from Cornell University in 1982 and an M.S.M.E. from R.P.I. in 1985 and a PhD from Stanford U in 1990. Dr. McManus is a Fellow of the American Society of Mechanical Engineers and an Associate Fellow of the American Institute of Aeronautics and Astronautics. He has served as the Chairman of the Propellants and Combustion Technical Committee for AIAA. He serves on the Combustion Fuels and Emissions Technical Committee of the ASME. He is a member of the AIAA, the Combustion Institute, the ASME, and serves as a reviewer for several technical publications. These include the AIAA Journal, AIAA Journal of Propulsion and Power, Combustion and Flame, The International Combustion Symposium (proceedings), Combustion Science and Technology and the ASME Journal of Engineering for Gas Turbines and Power.