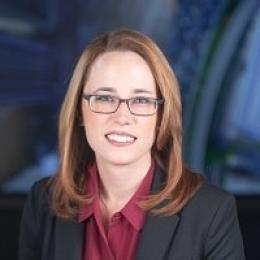 The Electric Power team focuses on creating innovative designs that solve the most challenging problems in electrification and taking those solutions through the prototype stage. The team also has extensive experience in electromagnetics and EMI/EMC issues related to switching power supplies and electrical equipment. Current focus areas include solid-state transformers and other specialty power electronics from the mW to MW scale, the electrification of flight, the design, control, and optimization of next-generation power grids, the integration of renewables and storage into the power system, wireless power, sensorless control of motors, and the design of highly power dense electric-machines and drives.

Kathleen has been with GE since 2005. Prior to her current role, Kathleen was the R&D Portfolio Leader for GE Energy Connections. She also previously led the Electric Power Systems Laboratory where she guided a team focused on developing next-generation technologies for electric transmission and distribution grids worldwide.  Kathleen’s research focused mainly on utility and commercial scale solar generation with a focus on technologies to better integrate these sources into the power grid worldwide.  Between 2007 and 2011 she led research projects focusing on the grid integration of high-penetration renewables, power conversion for distributed energy resources, and computer modeling and simulation techniques. She led several projects with the US Department of Energy and Department of Defense in the areas of power grid optimization and power electronic controls.

Prior to joining GE Kathleen was at the ABB Corporate Research Center in Ladenburg, Germany.  She also worked for several years the R&D group at General Dynamics - Electric Boat division where she was responsible for the internal R&D program on simulation and modeling for submarine ship-service power and electric drive.  Kathleen has a Dr.-Ing. degree from the Technische Universitaet Dresden (Germany), a master’s degree from Renesselaer Polytechnic Institute, and a bachelor’s degree from the University of Wisconsin – Madison. All in electrical engineering. She has authored more than 10 industry publications and holds 25 patents.