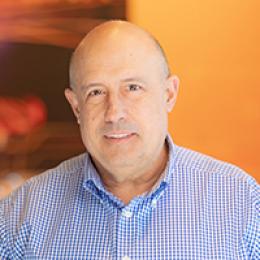 Juan has been at GE for 19 years, and in his most recent role as Senior Principal Engineer in the Electric Power organization, his current project – SiC technology to enable in-scan room power electronics – is poised to change MR, as it drastically simplifies and shortens installation time and will eliminate the equipment room. Juan plays the role of a mentor, coach, and guide, positively influencing scientists throughout the Global Research organization. He has contributed to new concepts for power supplies and high-power switching amplifiers for energy and medical applications.

Prior to GE Research, he worked for Philips Electronics Research in New York, from 1997 to 2000, where he conducted research and advanced development of high power-density power supplies for commercial and lighting applications. From 1994 to 1997, he worked for Hewlett-Packard R&D center in Barcelona (Spain), where he designed high power density dc-dc converters and special purpose sensors. Additionally, from 1994 to 1997 Juan  was a lecturer and Adjunct Professor in the Ramon Llull University (Spain).

Juan is IEEE senior member and Associate Editor of IEEE, holds 32 patents and more than 75 peer reviewed publications. As a power electronics and MRI gradient driver design expert, Juan is actively involved in the prestigious International Society for Magnetic Resonance in Medicine (ISMRM), and since 2010, has served as an instructor for their premier MR scientific education course. He holds an Electrical Engineering Diploma (‘82) from UPC; and M.S. ('88) Ph.D. (‘94) degrees from VA Tech.

Research is essential for competitivity. It keeps GE ahead of competition with technology and avoids missing new business opportunities.