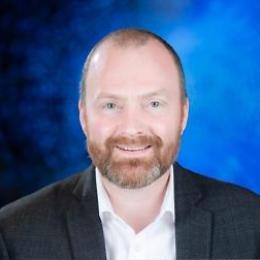 Joel Markham is the Chief Engineer of the Edge Computing & Controls Lab at GE Research in Niskayuna, NY.

As part of GE Research, Joel focuses on the development of industrial software and networking technologies to to deliver innovation at GE.

One of Joel’s accomplishments since joining GE Research was the delivery of an Edge Computing platform. Based on the notion that GE needed to deliver value through, things like Digital Twin and Real-time Optimization and Control, was an Industrial Operating System that would accelerate the deployment of software application to on-premise compute. This Industrial Operating System, called EdgeOS, would bring together the best in cyber-security technology, a new approach to hosting services, remote management at scale, cloud connectivity and application ready APIs. The applications would be things like Dispatch Optimizer, developed by Adi Kumar and team, that is allowing power customers to trade fuel for higher revenue with just a simple software upgrade.

Joel joined GE from Lockheed Martin where he had a career working on mission critical systems. Programs like the US Marine Corp Cargo UAS, Office of Naval Research’s Autonomous Aerial Cargo/Utility System and the Army’s Autonomous Technology for UAS delivered technology that kept US military personnel out of harms way while keeping them supplied with vital food and material, without which they couldn’t complete their mission.

Our greatest fear should not be of failure, but of succeeding at something that doesn't really matter (Moody) ... We are constantly asking the questions that focus us on the big game changing ideas. Once we have clarity on those we pursue them in an unrelenting fashion. I truly believe that the technologies and solutions we are building today will improve the quality of life all over the globe.