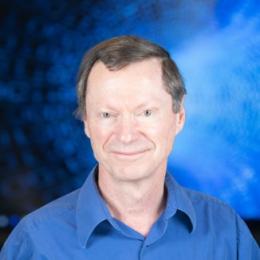 Jim Bray is a chief scientist within the electrical power group at GE Research. In this role he consults and works on a variety of projects in the electrical and electronics area, extending into the nuclear and quantum technologies as well. He works with other chief scientists on a variety of tasks such as identifying external technologies which may affect GE’s and GE Research's future.

Jim has been at GE for 44 years, and in his current role for about 10 years. He now works in and consults for several projects, with the largest at present being the wind superconducting generator project.

He joined GE Research after graduation in September, 1974.  Until June 1979, he worked as a theoretical condensed matter physicist in support of several programs. Since June 1979, he held several technical management positions supervising R&D on various physical science topics, biotechnology, electronic materials processing (e.g., molecular beam epitaxy, chemical vapor deposition), electronic devices, electronic packaging, and high-temperature superconductivity.  In 1996, he began work in the new GE Six-Sigma quality thrust and eventually acted as manager of the Measurements Systems Program, containing the bulk of the NDE projects.  In 1998, he became manager of the new Optical Measurements and Processing Lab, focused on applied optics projects of many types.  In 2001, he became Program Manager of a Superconducting Generator Program. With the implementation of TCP (Technical Career Path) in 2006, he became a Chief Scientist within Electrical Technologies. Additionally, he teaches several courses (e.g., A course, Integrity, PI training) and is a Tagger for export compliance.

Jim holds 39 US patents in a variety of areas and has over 100 publications. Jim has a Ph.D. and M.S. in Physics from University of Illinois and a B.S. in Physics from Georgia Tech. He received GE Research's highest technical award, the Coolidge Fellowship, in 2008. He is a member of APS and IEEE and has worked on the following external professional activities: NY Academy of Sciences 1982-; Executive Board of NY State Institute on superconductivity 1988-; Executive Board of the US-ACCS (US Advisory Committee on Superconductor Standards), 2009-; APS Physics Policy Committee, 1/1/16-12/31/18; APS Industrial Advisory Board, 2016-; Adjunct professor of Electrical and Mechanical Engineering at Clarkson (formerly Union), 2009-.